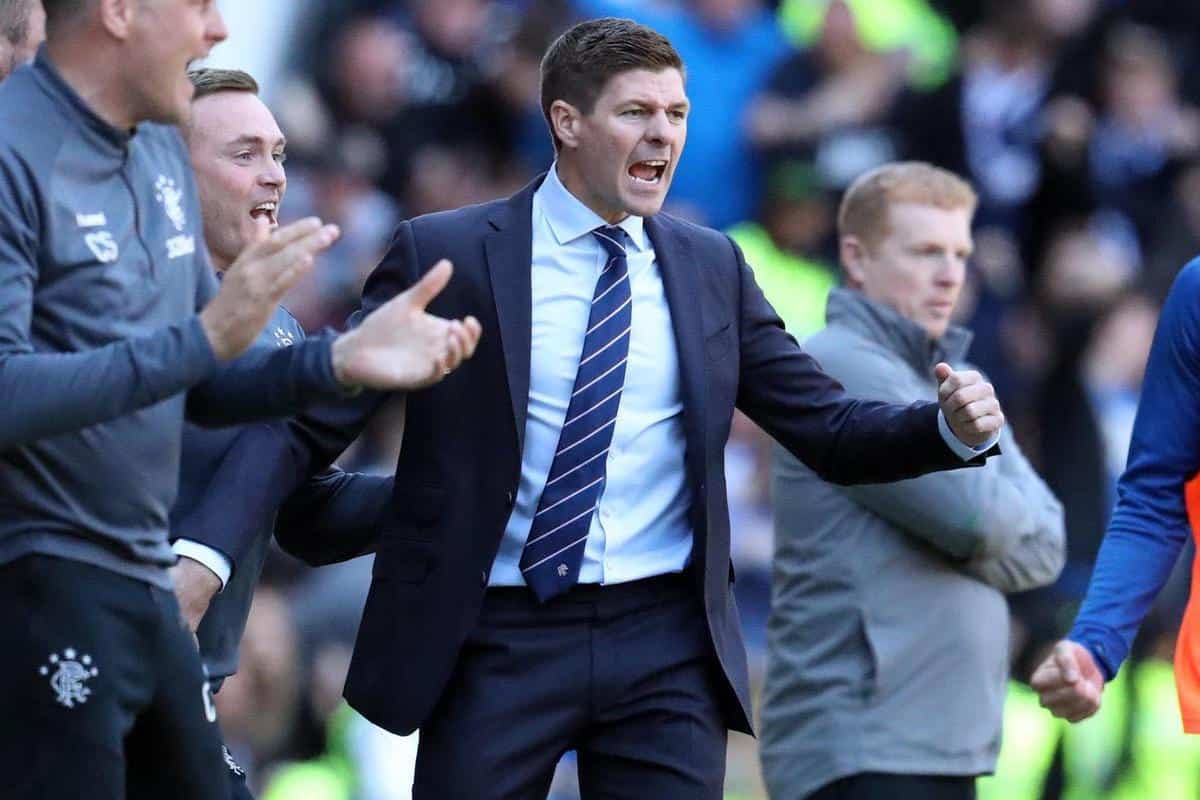 Steven Gerrard has won the Scottish Premiership in only his third season as a manager, clinching the top-flight title having gone 20 points clear of Celtic.

Gerrard made a bold move with his first foray in management coming in Scotland, with the Liverpool legend looking to cut his teeth in a more forgiving environment.

The former Reds captain took over at Ibrox in 2018, finishing second in each of his first two seasons as Celtic hoped to make it 10 league titles in a row this time around.

But a dramatic collapse under Neil Lennon on the other side of Glasgow, and an incredibly consistent campaign for Gerrard’s Rangers, has seen a major power shift over the border.

With a 3-0 victory over St Mirren on Saturday, Rangers set up a tense trip to Dundee United for their arch-rivals, with Celtic knowing that a draw or loss would hand Gerrard the title.

And despite dominating for much of the afternoon, John Kennedy’s side slumped to a 0-0 draw at Tannadice Park, handing over their crown in the process.

Gerrard and his players held celebrations at Ibrox following their win on Saturday, with thousands of supporters defying COVID-19 restrictions to congregate outside the ground.

Inside, the scenes were that of pure joy, and Gerrard was pictured leaning out of a window at the side of the stadium to fist-pump the Glasgow crowd. 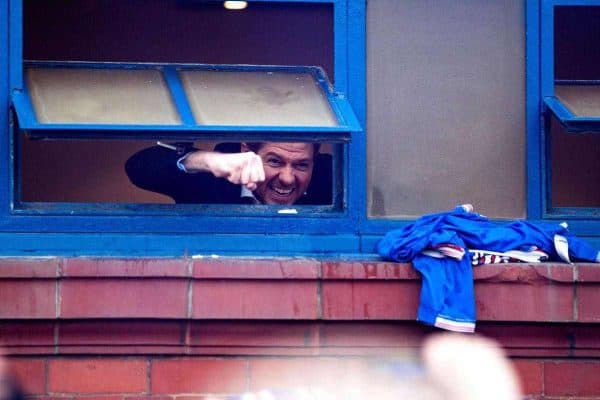 Ex-Reds youngsters Ryan Kent and Andy Firth are part of the first-team squad, with Kent registering his 11th goal and 13th assist of the season in the win over St Mirren.

While Gerrard’s dream was to lift the Premier League title with his boyhood club, sealing the Scottish Premiership in his third season as manager is an exceptional feat.

He deserves immense credit for his work at Ibrox, and he could enhance his reputation further as the season rolls on, with a Europa League last-16 clash with Slavia Prague to come later this month.