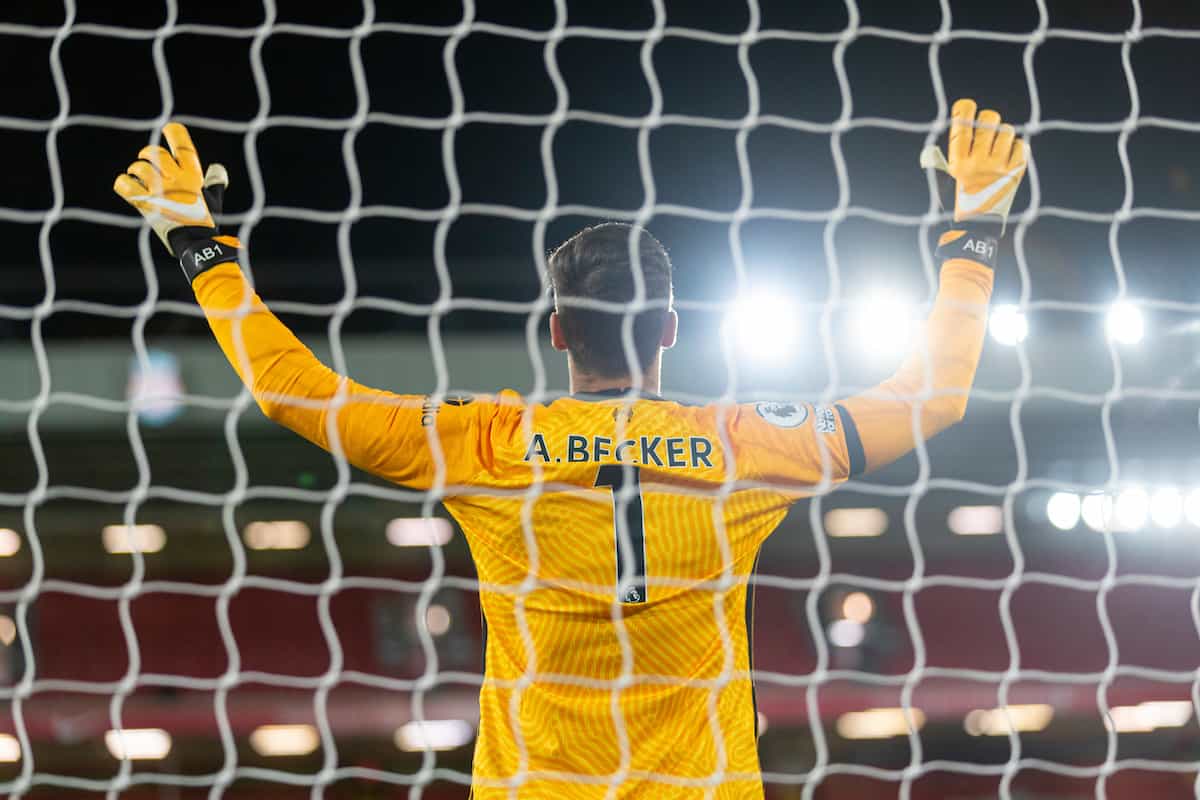 It’s been a whirlwind few weeks for goalkeeper Harvey Davies, with his Liverpool under-18s debut then met with a place on the bench against Leipzig and first-team training alongside Alisson and Co.

Jurgen Klopp is never shy in introducing fresh faces throughout his squad and is always ready to take a look at the up-and-coming talent from the academy.

The move to Kirkby late last year has made for a smoother transition and the Reds’ young goalkeepers are one group to have benefited so far this season.

The likes of Jakub Ojrzynski, Liam Hughes and Vitezslav Jaros have all found themselves as members of a senior matchday squad, with Davies the latest of a young goalkeeper cohort to be handed an invaluable experience.

Davies’ story catches the eye having only played one game for the U18s as a first-year scholar before being plucked from the group, with the 17-year-old Scouser then thrown in alongside Alisson and Adrian in addition to travelling to Budapest.

With the intensity taken up a notch, Davies will benefit greatly from work on the training pitches, especially when it means plying your trade next to the “best goalkeeper in the world.”

“I’ve taken everything in, when I’m not working I’m watching and learning and trying to take in everything I can,” Davies told the club’s Academy Show. 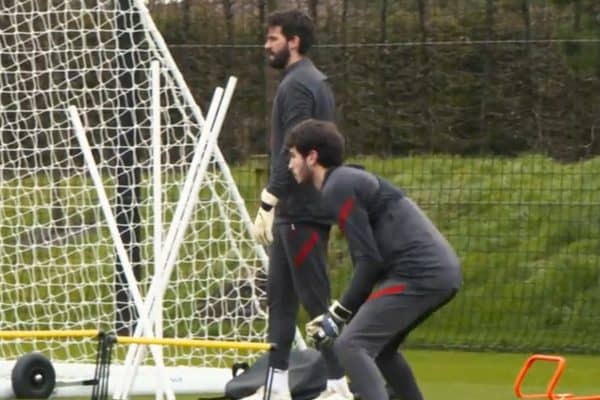 “I’m just watching what they do and listening to what they say and then I’m taking that on and trying to put it into what I do.

“There’s nothing better than training with the best goalkeeper in the world.”

The excitement and touch of disbelief is evident in Davies’ responses, but so is the steely determination to make the most of the opportunity he has been handed.

At just 17 years of age, Davies is still firmly in the infancy of his career and that he can work alongside the likes of Alisson not only holds him in good stead but also the academy as a whole.

“When I got told I was coming up for the first time I was [thinking] ‘I’ve got an opportunity here to learn so much’,” he added.

“He’s been trying to help me as well, so he’s been giving me a little bit of advice on certain things. Him and Adrian are both world-class.”

“The level and intensity of the sessions and the games we do are higher but I’m just trying to do what got me here really.”

You can never underestimate the power of influence and Alisson‘s aura alone does just that, but that he is there to lend a helping hand and inspire those looking to follow in his footsteps is a legacy all in its own.