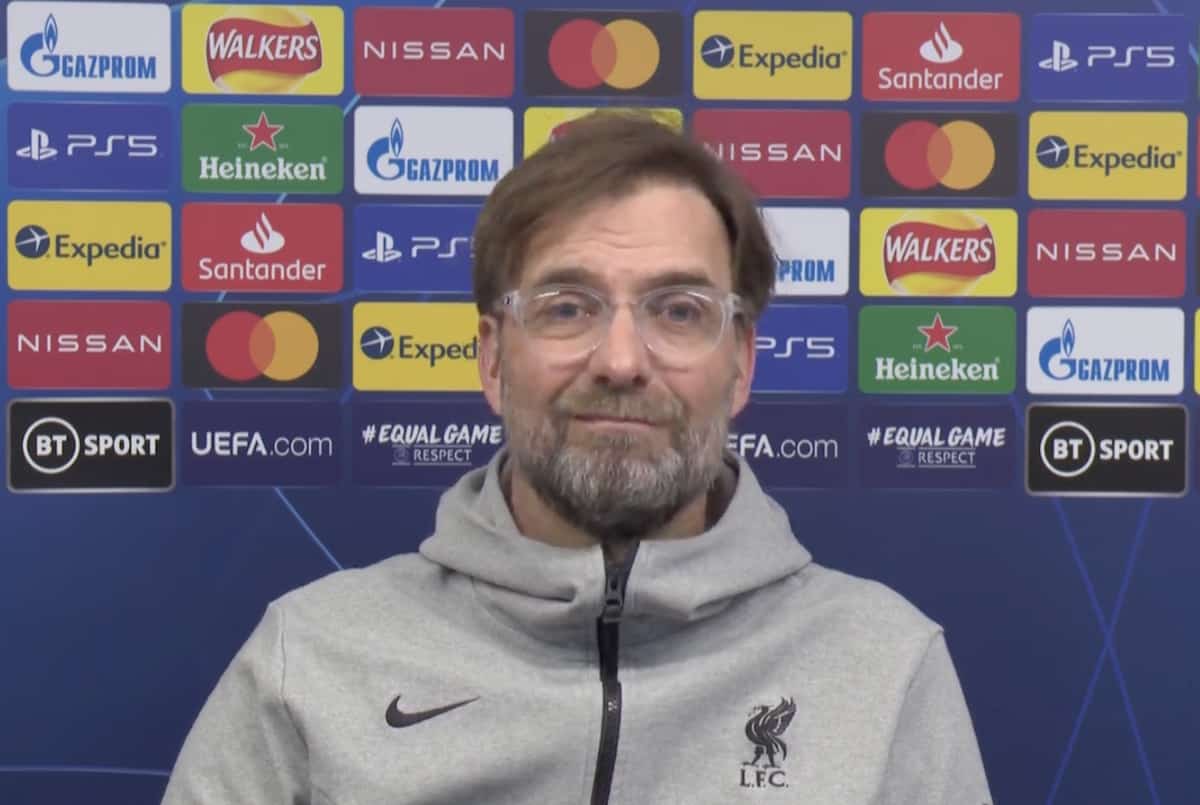 Jurgen Klopp‘s pre-match press conference saw him speak on the return of fans, Liverpool’s recent form and the upcoming challenge of RB Leipzig.

The boss will lead the Reds in the Champions League last-16 second leg hoping to secure further progress in the competition we won less than two years ago.

Two goals up from the first leg leaves Liverpool in a great position, but the performance level will unquestionably need to be improved if we’re to hold Leipzig at bay nonetheless.

With Liverpool’s wretched Anfield record of late, Klopp was asked whether this match being playing ‘away’ on neutral territory, despite it being the home leg, would be of benefit to the team.

Klopp doesn’t feel the stadium is the cause of the defeats, though, and puts it down to levels of play alone.

“Performances and maybe the opponents, that might be the reason [we won more games away],” he told reporters.

“We had really good moments in the season, we won the Tottenham game recently which was a really good game. But consistency is the issue. It has nothing to do with Anfield, there’s nothing bad to see about Anfield.

“It’s all fine, it was about the games.” 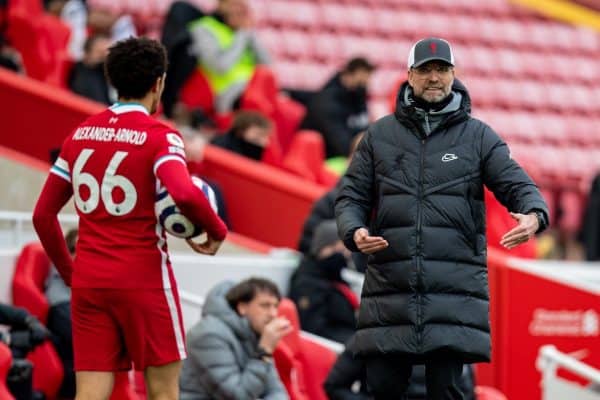 On whether the Reds can progress further in this competition amid such inconsistency, the manager was clear that he retained plenty of faith.

However, that belief alone won’t be enough to send the Reds through to the quarter-finals and Klopp knows that ultimately, the Reds will get whatever they deserve in the second leg.

“Two things [give me faith]: the team and the moments we had on the pitch. The competition, the quality of the boys and football in general [mean] you always have the chance in the next game.

“That’s already enough, it must be enough most of the time. It’s half time and we have to play the game to give ourselves the opportunity to go through.

“If we play that good then we deserve it and if not, then not. I have no doubts about us tomorrow – not that we will go through but that we will give Leipzig a proper fight.

“There is no guarantee but there’s 95 minutes to use to get closer to the things you want.”

Anything better than a two-goal defeat means Liverpool are through, but it would be a real confidence booster if the Reds were able to come up with a more spirited performance with a clinical edge in attack to secure a second win over their Bundesliga opponents.