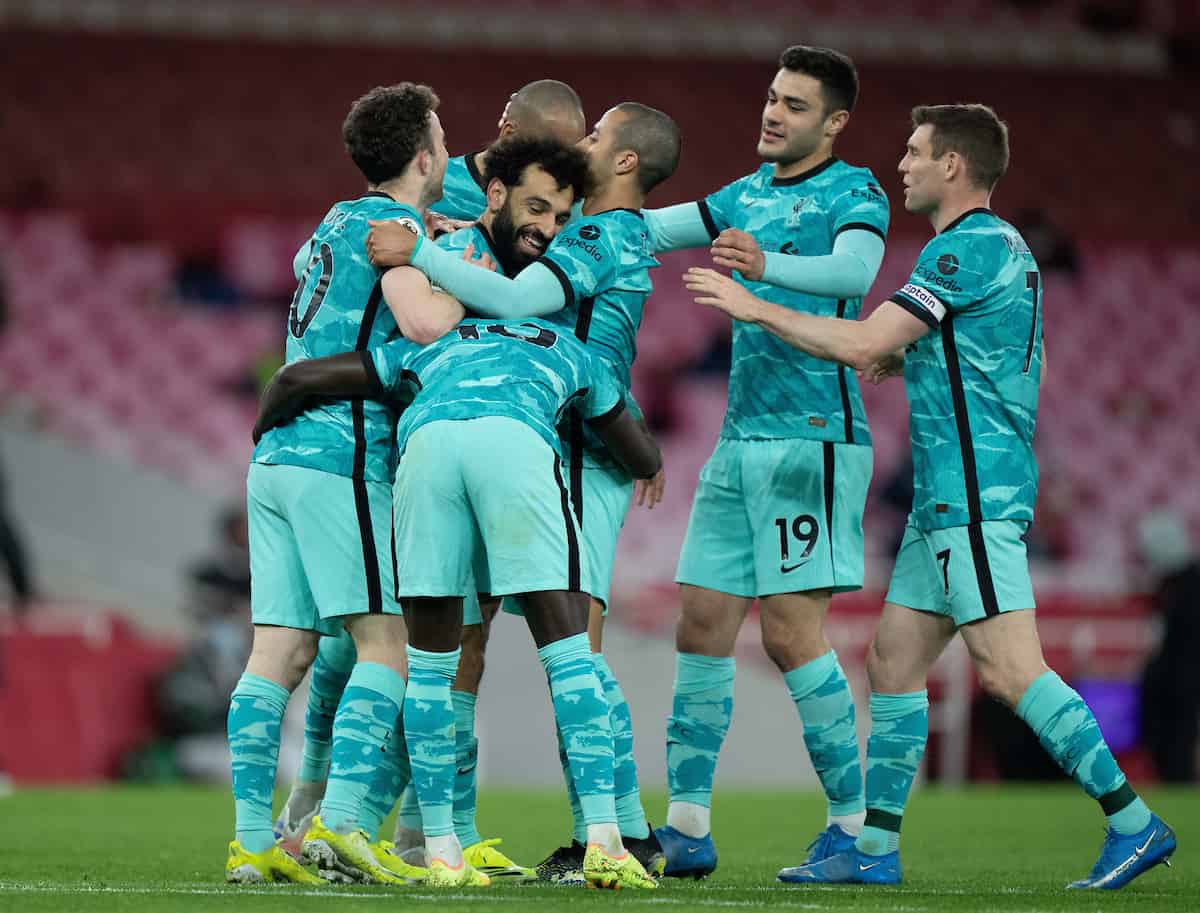 Liverpool returned to action after the international break with a very impressive win, 3-0 at Arsenal, to close the gap to the top four to two points.

Absolutely tremendous display of moustachery. That’s largely all there was to say about our No. 1 for the first hour, as the game was played in just one half of the pitch.

Then he made a save, diving to his left, and when he got up he looked like David Seaman.

Probably the most offensive-minded performance of his for some time, often on the edge of the Arsenal box – wimped out of a challenge with Auba once, but then created a couple of really good chances soon after.

Absolutely outstanding cross for the opener.

The usual performance from big Nat: dominant in the air, aggressive in the challenge, ever-increasing in confidence on the ball.

A few raking passes were misplaced, as was one flailing arm which clattered Lacazette, but he rarely looks on the verge of doing anything drastically wrong with his defensive basics.

Won plenty of early headers and roughed up anyone who dared approach the sacred white line of the Liverpool penalty box.

After the break he was very dominant when Arsenal pressed a few players forward, taking the ball past one or two into space to put the Reds back on the front foot.

If he read those midweek rumours about the club having not yet decided whether or not to sign him, this was a strong response.

There were a few ’50-50s’ which he contested with Nicolas Pepe, which were laughably one-sided due to the difference in combative natures of the two players.

Surprising that he was first off with the subs, so presumably this was a pre-agreed plan to play him an hour after such a lot of international action – and Real Madrid to come in midweek. 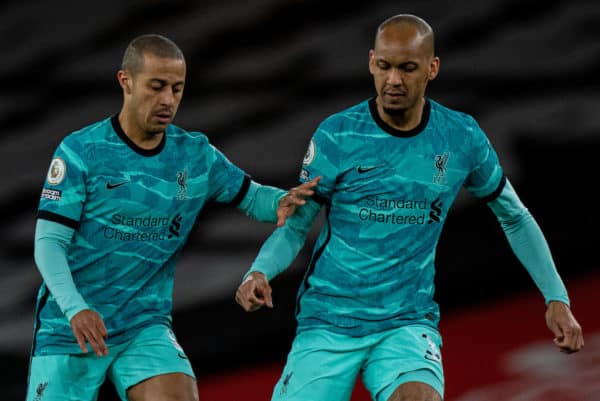 Decent drive from range just wide in the opening stages, but really came to the fore in a controlling sense from about 20 minutes onward.

Surged into the final third when he could, kept the ball moving quickly and was involved in the build-up for Salah’s goal.

A really dominant showing and a reminder of why he’s the best, in his best position.

Very neat on the ball when he got involved, but Arsenal appeared keen to close him out with their off-the-ball positioning and at times the Reds’ play had to bypass the No. 6.

It wasn’t a surprise that after we went 4-2-3-1, he really stepped up, got on the ball far more and the Reds looked a more balanced unit in the centre.

Plenty of endeavour to get into the final third, but also filled in diligently at full-back when Andy Robbo went surging down the wing.

Definitely should have scored in the first half with one shot wide from the edge of the box.

Individually, all three of the forwards had good moments – but it was individual in the first half, with Salah an example of the improvement in team play after the break.

The No. 11 had a few great turns, teed up Trent on the run once or twice, but there wasn’t much in terms of first-half link play with the others in the front three.

Linked again with Trent for Jota’s goal, then showed the usual brilliant composure to nutmeg Leno and wrap up the win.

Bobby showed a couple of moments of magic to create space and get a shot away for himself or make space for others, but these were fleeting, isolated, ultimately off-target.

Dropped into a real No. 10 role in a 4-2-3-1 after Jota came on, looked fairly effective without getting any penalty box involvement.

Looked the big early danger with some great runs and attempted dribbles, but nothing came of them – most disappointingly when he had the chance to run through, but in the end angled himself away from goal and had to square toward Salah instead.

A quieter second half in truth, though involved in the third. 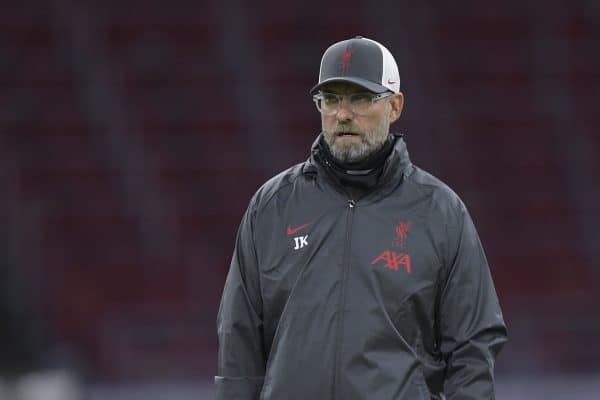 Went with most of his first-choice (and available) players, though the big calls were starts for Milner and Firmino.

Jota came on nice and early to keep up the team’s dominance, which was a pretty perfect sub given the immediate goal.

That formation switch was the more key point, though, setting more bodies and movement in the attacking third and making sure Arsenal couldn’t remotely hope to get out of their own half.