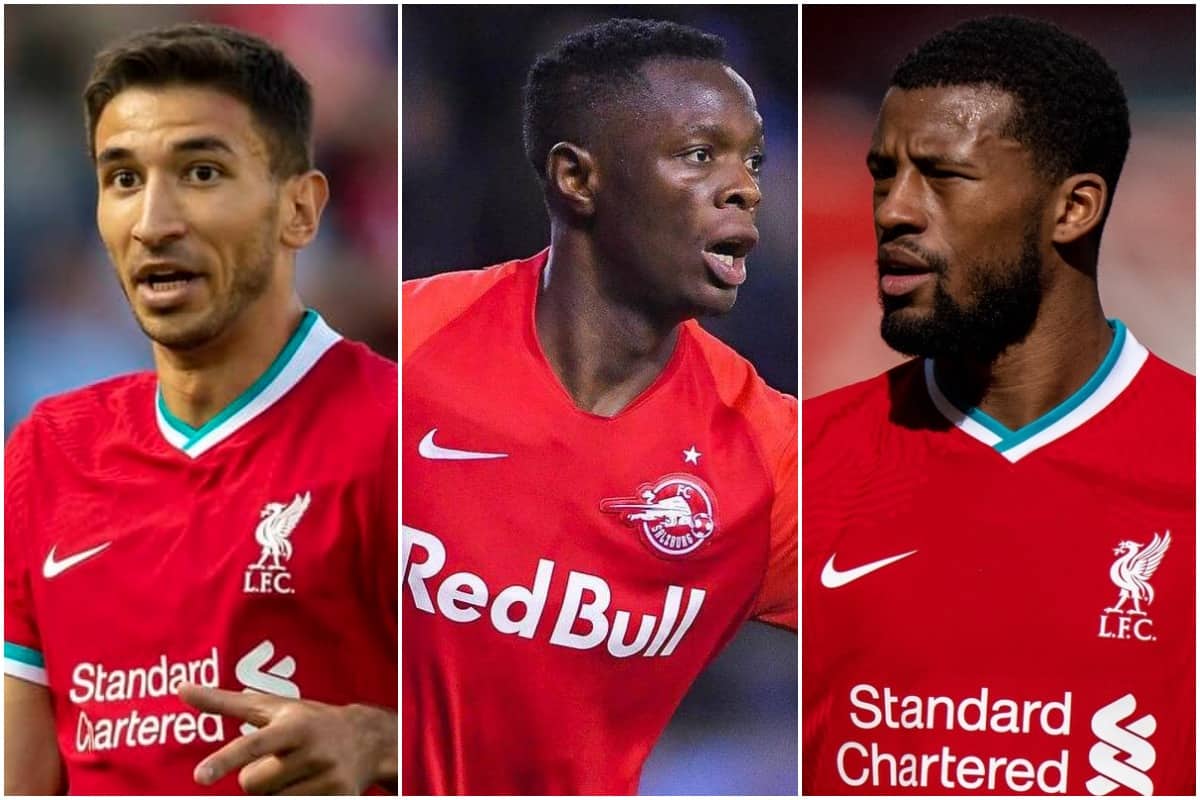 Liverpool’s players and coaches are preparing for the second leg against Real Madrid, so we have all the build-up from there today, but the rumours are also in full flow with ins and outs at Anfield.

Wijnaldum could stay beyond summer

It’s an ongoing saga and will continue to be so until the midfielder makes a decision on his future, but there’s still a chance that future remains at Anfield.

The Telegraph today report that the “door is still open” for our No. 5 to sign a new contract and extend his stay, with Wijnaldum having not agreed terms with Barcelona or Inter Milan despite having nearly four months to have done so now.

Of course, Emre Can‘s deal wasn’t done until later in the season when he left, so there’s still every chance of him departing if one of those interested clubs comes in with a big contract offer, but the indications so far suggest that isn’t as likely to happen this year due to finances for clubs after Covid.

The Reds’ own ability to offer a big new contract might depend on whether Liverpool actually reach the top four this season, and secure Champions League football next season.

Marko Grujic has been on loan at Porto this season and the Echo say the Reds haven’t yet decided what will happen with the midfielder in the summer.

He was available for around £20 million last summer and there were no takers at that price – but the Reds are “not ruling anything out…whether he stays at the club this summer or switches on a permanent deal to an elite club in Europe.”

That said, the report also suggests the Reds think this loan spell has “been excellent for Grujic”, despite him being a sub with great frequency, with “significant interest” reported from Italy and Germany.

He’s unlikely to come back into the side and forge a first-team spot at this stage, in truth, which makes a transfer the most likely course of action.

Are we going to do it? Another Olympiacos, Istanbul, Dortmund, Barcelona?

Stupid approach of the day

Big fans we are, of this approach to transfer dealings from Man United.

Apparently they are “wary about entering into talks with Borussia Dortmund over signing Norway striker Erling Braut Haaland, 20, having failed to negotiate a lower fee for team-mate Jadon Sancho.”

So, basically, if you’re not skilled enough to get a decent job done, just bin off going for good players in the first place.

Since joining in 18/19, Alisson has saved Liverpool around 14 more goals than the average keeper would be expected to, in the Premier and Champions League. pic.twitter.com/PNSVb7mNZx

If you’re not watching PSG vs Bayern then you really shouldn’t be allowed nice things.