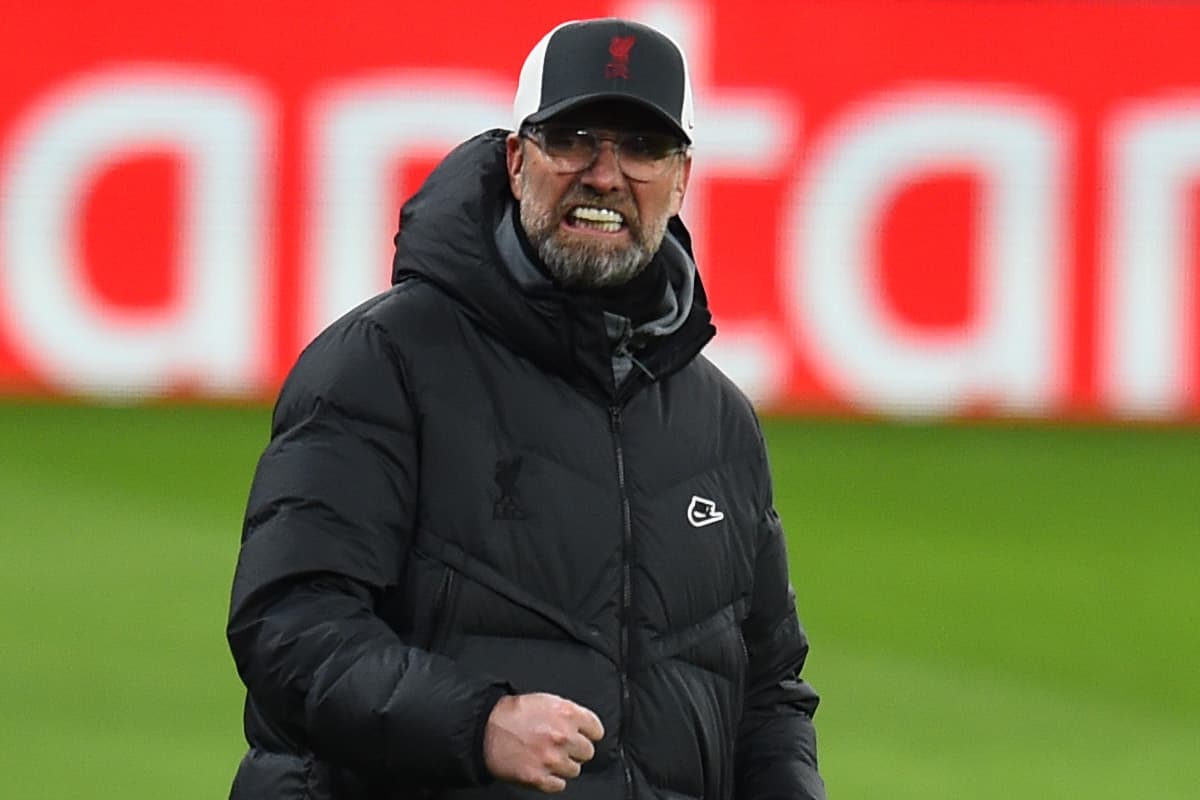 Anfield will be without one of its three holy trinities against Real Madrid and Jurgen Klopp knows the onus is on his side to create their own and ensure belief is at the heart of it.

A feral, boisterous and unrelenting crowd would have awaited on Wednesday evening if it were allowed, but instead, an echo chamber will greet Liverpool.

Another European comeback must be secured for a place in the semi-final and while it is not uncharted territory for the Reds, the power of Anfield will take on a different meaning without its fans.

The task remains that a 2-0 will suffice to overcome the 3-1 deficit and while Klopp’s men will not be greeted with a red wall first-hand, they will still look to harness the power of Anfield.

And that comes by curating their own atmosphere and ensuring they believe the correct result is within their reach.

“First and foremost, for me, much more important is the performance. We have to play like ourselves. You have to defend on your absolute highest level,” Klopp told reporters.

“With the quality Madrid have, we have to defend on our absolute highest level and that’s what we didn’t do the other night. It’s about winning football games always, and that’s the target tomorrow night.

“We have to bring ourselves to the mood where we start believing again. If we can see it’s possible then we have a chance, but it will be very difficult.

“We cannot take comebacks for granted especially not without a crowd in the stadium. We will have to create our own atmosphere again. We will prepare from an atmosphere point of view.

“When you are 3-1 down it looks like we are already out, it means we have not a lot to lose. We will give it a try, that’s the job we have to do. That’s exactly how we will go for it.