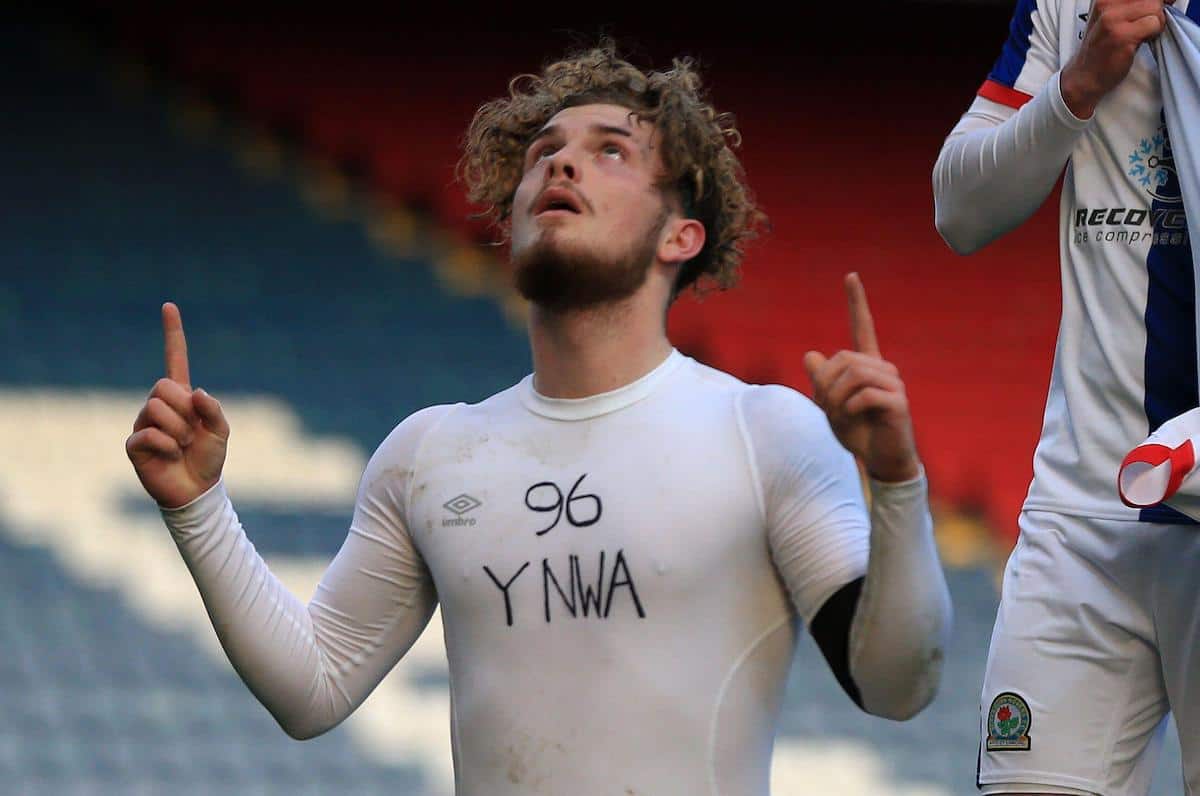 Harvey Elliott paid a heartwarming tribute to the victims of the Hillsborough tragedy after scoring the match-winner for Blackburn on Friday.

Thursday marked the 32nd anniversary of the tragedy and the 96 were honoured by the public and the club at Anfield and beyond.

And Elliott paid his own tribute as Blackburn met Derby in the Championship after finding the net to seal an all-important win for his side.

With the score delicately poised at 1-1 with just over 25 minutes remaining in the contest, the 18-year-old was fed the ball by Adam Armstrong before jinking his way to the edge of the penalty area and unleashing a left-foot strike goalwards.

David Marshall would get a hand to it, but the strike proved too powerful to set off course, taking Elliott’s season tally to six goals, which sits alongside his 12 assists.

But it was his touching tribute to the 96 which he unveiled on his undershirt, which read “96 YNWA,” that made the moment all the more breathtaking.

Immediately after scoring, the teenager made his way to the by-line to pay tribute in what was a class act and one which showed incredible respect in honouring those who lost their lives to the disaster.

After the game, Elliott penned on his Instagram, “A very emotional goal that meant so much to me! Justice for the 96. YNWA” – a post that was supported by the likes of Ian Rush, Curtis Jones, Neco Williams and Rhys Williams.