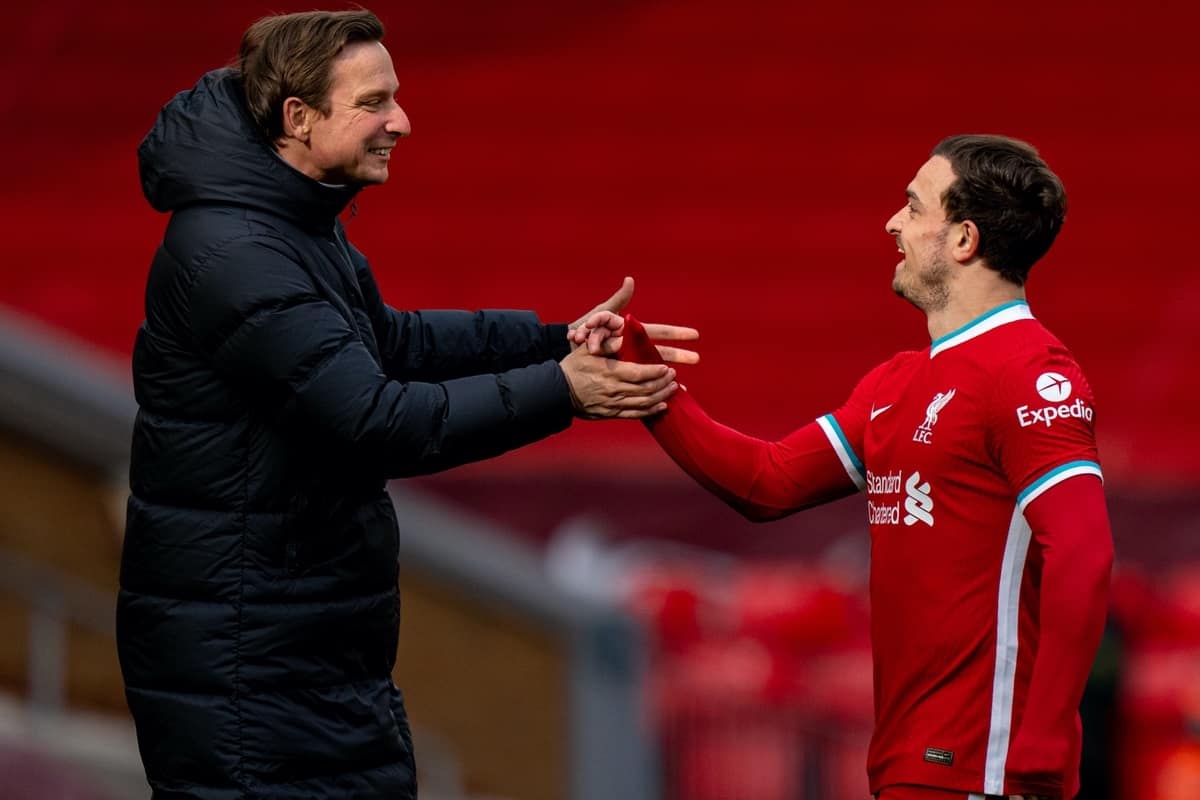 Jurgen Klopp insists the coming weeks are a “big opportunity” for Liverpool’s squad players to impress in training and earn a place in his side, as “everybody has a chance.”

The Reds’ exit from the Champions League has freed up more time at Kirkby, with just seven games left to play over the space of five weeks, starting at Leeds on Monday night.

It is a bittersweet situation, but the hope will be that Liverpool can use their lighter schedule to prepare for an all-out assault on the Premier League and finish as high as possible.

There is an argument to say Klopp should stick with his strongest side on paper for every game, but to counter that, an increase in options gives the manager more opportunity to alter his side based on what he sees in training.

That is Klopp’s belief, as he explained his outlook in his pre-Leeds press conference on Saturday.

“If you don’t train, you only have games and a little bit of the sessions like five-a-side.

“This week, obviously not because we played midweek and we play on Monday, but we train today, tomorrow and Monday morning.

“But it’s all about showing up, training well, giving your absolute all and making the decision as easy as possible or as difficult as possible for me – however you want to see it – bring me [in] or leave me out.

“That’s the job of a player, that’s what we all agree to.

“It was always the same and it will always be the same, and I would be really dumb if I wouldn’t use these opportunities.

“If I see a player who is outstanding in training and say ‘yeah, but I ignore it and play the same guys’, that’s not how it works.

“It’s a big opportunity for everybody. The more you train, the more opportunity to show up. And I hope that they all do it.”

This could be interpreted as a call to arms for the likes of Xherdan Shaqiri, Curtis Jones, Alex Oxlade-Chamberlain and Naby Keita, while Kostas Tsimikas and the Reds’ youngsters could also be hoping to impress.

For some, such as Ben Davies, it could even be a period that makes or breaks their time on Merseyside, with big decisions to be made ahead of the summer transfer window.