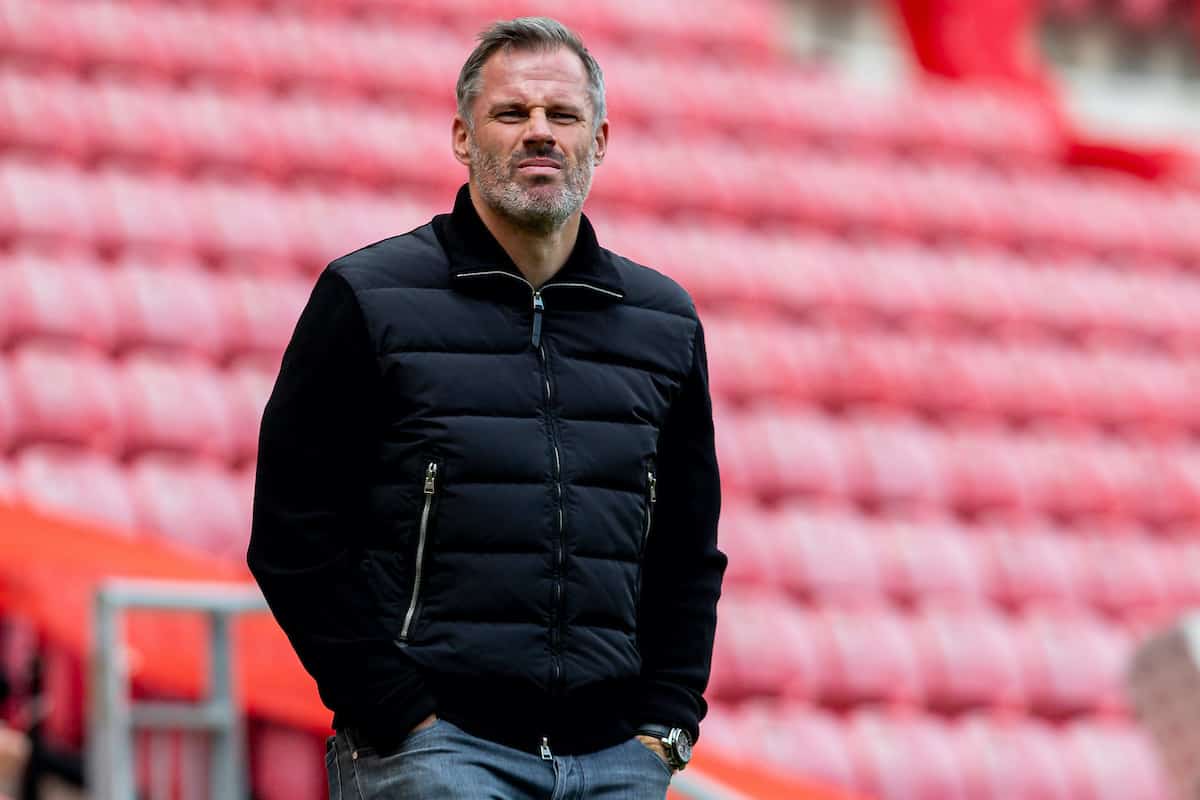 Jamie Carragher has lauded the collapse of the proposed breakaway Super League, and called for the end of Fenway Sports Group’s time in charge of Liverpool as a result.

FSG have, for the most part, been fantastic owners in their at Anfield; they have given the Reds the platform to return to the pinnacle of domestic and European football.

But the plan to break away from that established structure in favour of a money-spinning Super League, which dissolved dramatically on Tuesday night, has tarnished their reputation irrevocably.

Led by John W. Henry, the Liverpool owners were still clinging on late into the evening, when Man City and Chelsea had already made the decision to pull out of the initiative.

They eventually caved, joining the other five English clubs in leaving the Super League, and after a pithy 47-word statement to confirm, Henry issued a more in-depth apology to fans, Jurgen Klopp and the players on Wednesday.

For Carragher, though, FSG have burned their bridges with Liverpool, and though he spoke to Sky Sports prior to their decision to rescind their backing, his words on their untenable position still ring true.

? "I don't see a future for FSG at Liverpool after this."@Carra23 believes there is no way back for #LFC's owners after Jurgen Klopp, the playing squad and club legends spoke out against the breakaway Super League. pic.twitter.com/pKvIxbXDn8

“This is finished now, I don’t care if they haven’t all thrown their hands in,” the ex-Reds centre-back said.

“I’m actually almost as angry with Liverpool right now as I was yesterday, the fact that they were still hanging in there, as if this was still going to happen.

“There’s nothing left for Liverpool’s owners in what they’re doing and what they were hanging on for.

“I actually think the situation with Liverpool’s owners now is that I don’t see how they can continue.

“They can’t just leave the club, obviously, the business is worth a lot of money if they sell it.

“But I don’t see a future for the ownership of FSG at Liverpool anymore, I really don’t, on the back of this.”