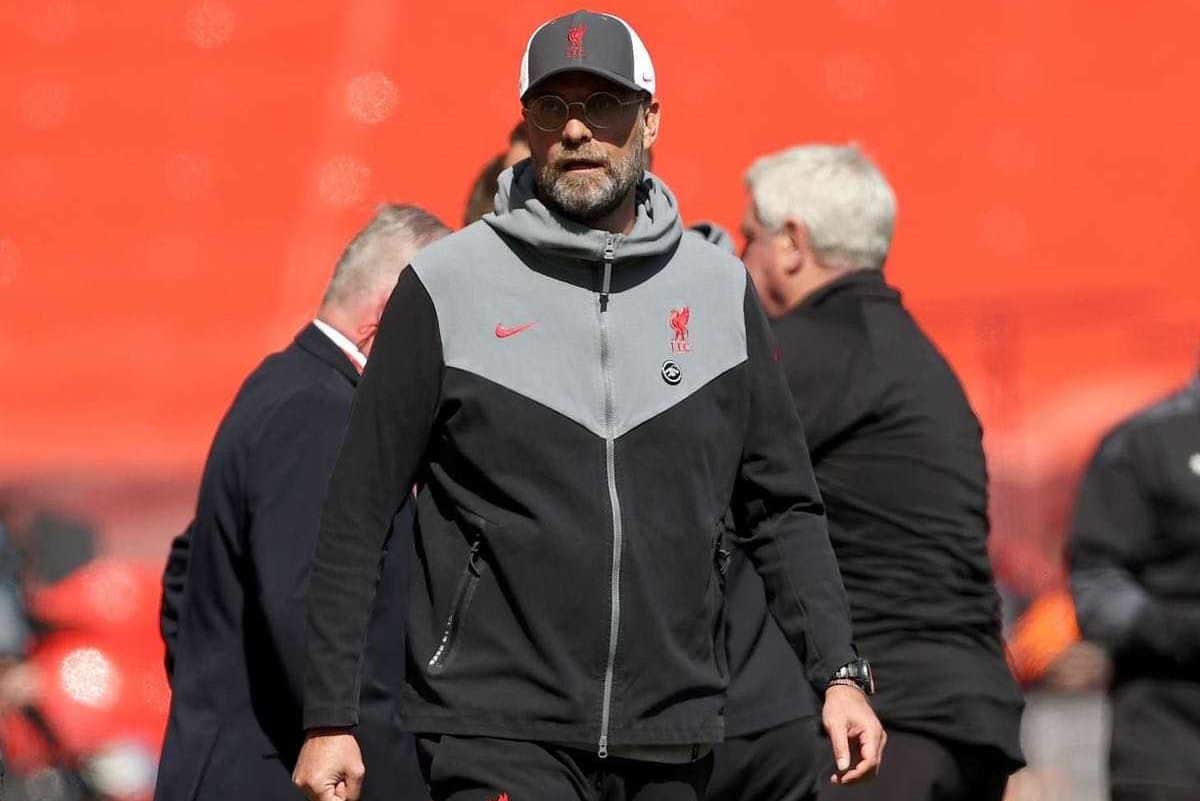 Jurgen Klopp has been criticised as “tone deaf” after telling protesting fans to “calm down” and insisting FSG have “learned the lesson” from the Super League’s collapse.

The withdrawal of the Premier League‘s ‘big six’ from the breakaway Super League was a triumph of the power of supporters, who came out in their droves in opposition.

They were joined by players, manager and pundits in their criticism of the plans, while government intervention and pressure from UEFA also played a key role in the decision to cancel their agreement.

But many believe that this is simply the start, and that the owners of those clubs that pushed to join a non-competitive, rich-get-richer tournament instead of the Champions League should still be held accountable.

Protests have taken place outside of the Emirates and Stamford Bridge, while Man United supporters have intensified their calls for the sale of the club by the Glazer family.

In comparison, Liverpool’s owners have got off lightly, but nonetheless, Klopp was asked about the situation on Saturday and cast a dim light on those protesting and keeping the focus on the Super League.

Speaking to BT Sport, Klopp said: “When I see the pictures from the last few days, the Arsenal and Chelsea stuff like this, I really think you all have to calm down. 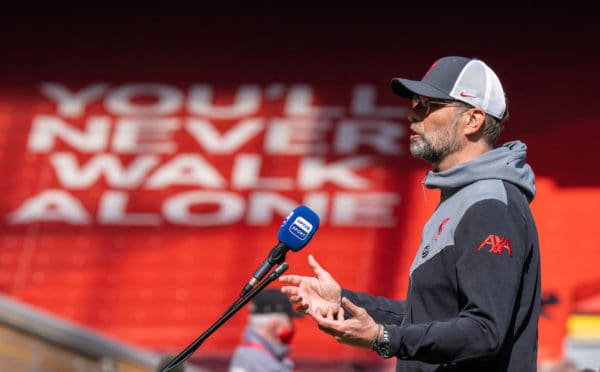 “I saw yesterday on Sky, three journalists sitting all the time and talking all the day about it.

“It’s winding up people, you cannot just wait for and create other pictures, ‘oo, there’s the next stadium where they stand’.

“We are still in a pandemic and people are out there without facemasks and just shouting their opinion out.

“All the pundits have to calm down as well a little bit. Because yes, nobody wanted it, definitely, but now let’s deal with it, not constantly show ‘yes, we didn’t want it’.

“We know that already, it’s all clear now, and the people who made the decisions, they learned the lesson, I’m 100 percent sure.

The manager made it clear that “it hurt a lot,” particularly as the ire was initially directed towards the players, but claimed “now we’ve said it often enough.”

But Gary Lineker responded by labelling Klopp “tone deaf” in his reaction, tweeting that “without the fans of our beautiful game it would be much uglier today”:

A handful of owners try to tear our game apart and may well try to do so again, and we’re just told to ‘calm down and move on’. Huge admirer of Klopp but he’s spectacularly tone deaf here. Without the fans of our beautiful game it would be much uglier today. https://t.co/rRH40Kal0p

It is difficult to argue with Lineker in this respect, as though there is need for perspective in light of the protests and the pandemic, pressure must remain on owners and governing bodies for the future of the game.

Klopp’s motivation seems to be looking to get attention back on the pitch, rather than the boardroom, but times like this transcend the football that is being played.

FSG will likely remain in charge of Liverpool, and calls for their exit have certainly faded, but fan power is now more important than ever, and measures should be taken to ensure this influence remains.