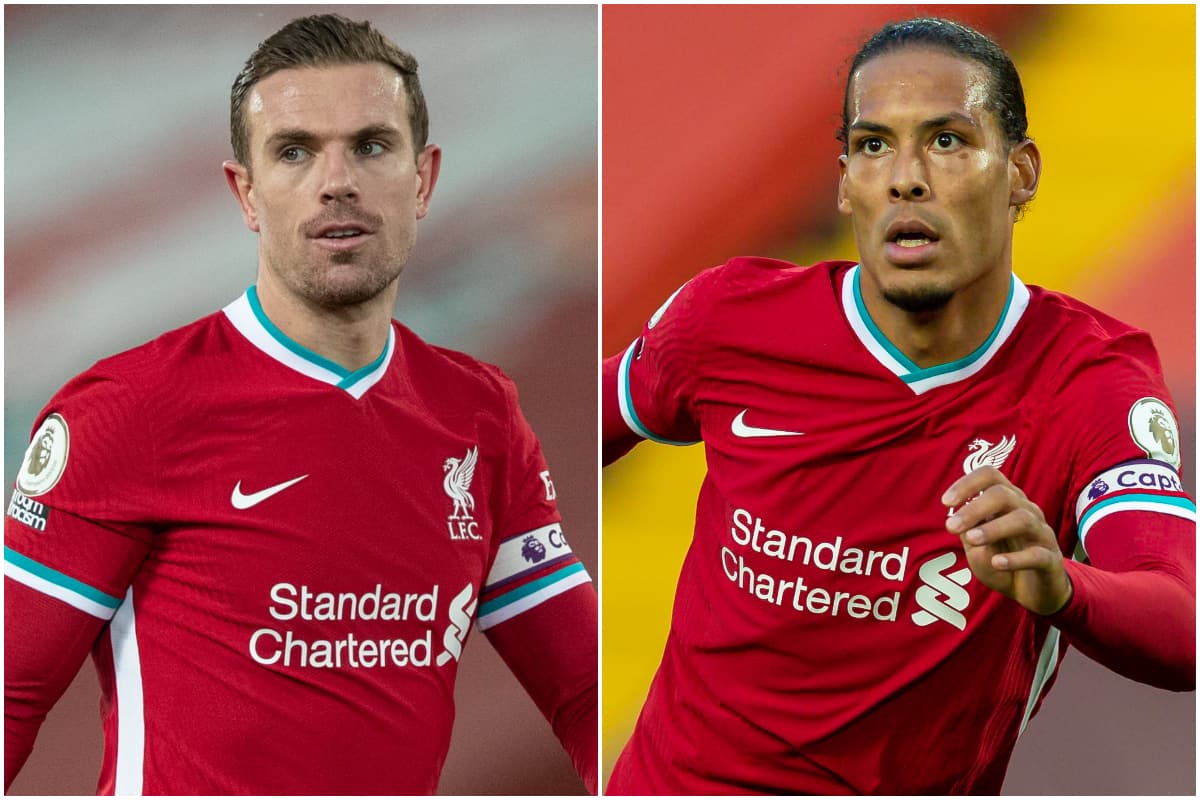 Jurgen Klopp would not be drawn on whether Jordan Henderson and Virgil van Dijk will be fit for this summer’s Euros, but Roberto Firmino is back fit ahead of Saturday.

The Reds find themselves in a healthier position in terms of form and fitness having returned from the international break, with no new injuries arising while the players were on duty.

Having picked up back-to-back wins over RB Leipzig and Wolves, Liverpool can head into this weekend’s clash with Arsenal with confidence, and will be buoyed by the availability of Firmino.

Speaking at his pre-match press conference on Friday, Klopp confirmed that “Bobby is back,” but revealed that Caoimhin Kelleher and Divock Origi are still sidelined.

There are still, of course, a glut of long-term injuries, and the focus was on Henderson and Van Dijk as journalists asked about their prospects of making the Euros for England and the Netherlands respectively.

“I have no idea about the Euros, to be honest,” he insisted.

“Nothing changed. They are all in the place they should be in the moment, and that’s it. The rest of the time will show. I don’t know.

“They are in the moment in the rehab process. It’s not about me making this decision, I only deliver the news when I have it, and I don’t have any in the moment.

“No bad news, no brilliant news – they cannot play tomorrow – so that’s the situation.”

Pushed further on Henderson’s fitness – with Gareth Southgate expressing doubts over his involvement this summer – Klopp remained tight-lipped, with it likely the captain is not back for the rest of the season.

“I’m sorry, what can I say? He’s not here in the moment, he cannot train, but he will train in the next days and weeks for sure, so that’s how it is,” he continued.

“But nothing to say from me. The problem is I’m not a doctor, I’m not a surgeon, I’m not this and that.

“It’s just about time and if the time will be enough, I have no idea. But I hope so!”