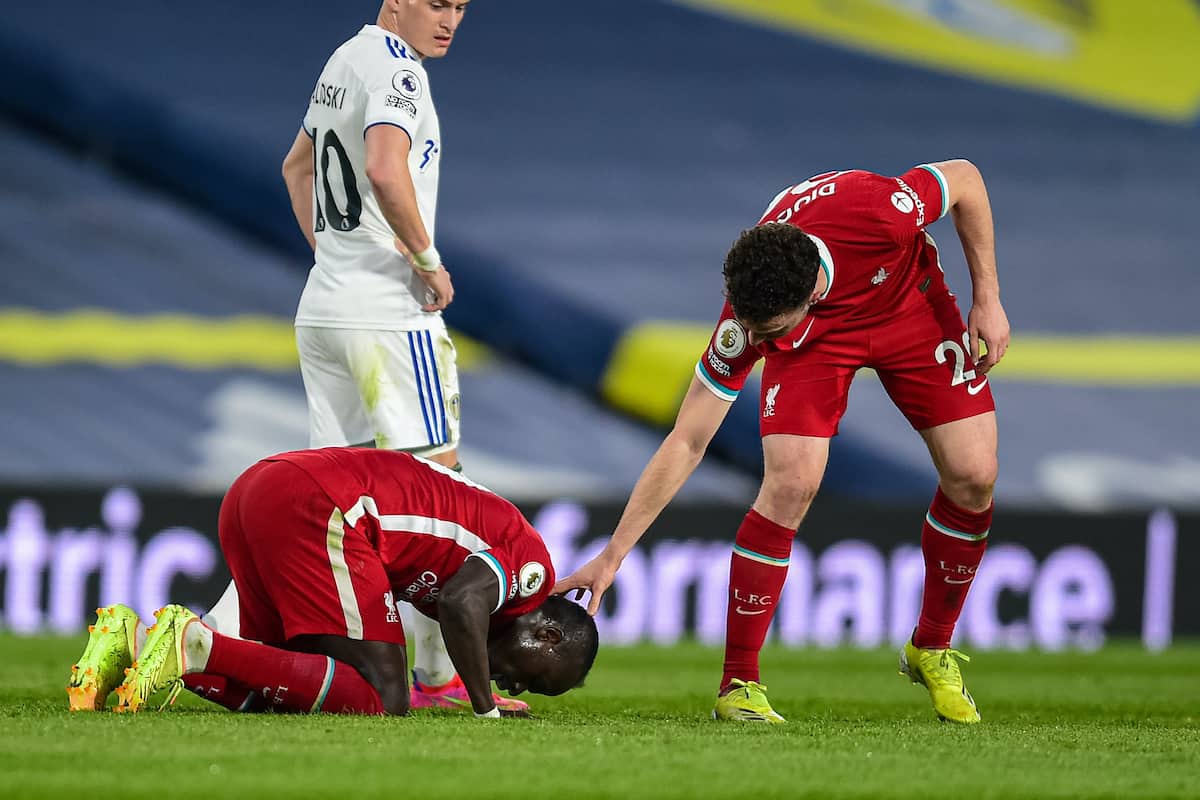 Liverpool let their early control slip as a late concession saw them draw 1-1 away to Leeds on Monday night, though whether it truly matters is unclear as of yet.

In the wake of Liverpool’s betrayal of their fans and the wider footballing world, a previously must-win clash at Leeds played out in a surreal atmosphere, with protests held outside Elland Road before kickoff.

There was a sense of abandon in the Reds’ play that could only stem from the knowledge that they would be involved in an elite European competition next season regardless of their league placing, and it resulted in a number of early chances.

Thiago and Roberto Firmino tested Illan Meslier early on but directed their shots too central, while at the other end Patrick Bamford drew a smart stop from Alisson charging off his line.

Liverpool’s breakthrough came just after the half-hour, and it came through a player in desperate need of a goal, as Sadio Mane swept home from a beautiful move involving Ozan Kabak, Diogo Jota and Trent Alexander-Arnold.

Both full-backs had real joy as they surged forward and Leeds wingers Jack Harrison and Helda Costa struggled, but as the half-time whistle blew it was only a one-goal lead for the ‘super club’.

Liverpool continued to dominate early after the break, with Jota missing a decent opportunity to leave Jurgen Klopp reeling on the touchline, the manager clearly believing it should have been 2-0.

Despite their control of the game, there was a real of sloppiness at the back, with captain James Milner needing to urge his team-mates to switch on after mopping up a dangerous Leeds attack.

On came Mohamed Salah, left on the bench from the start, but it was Bamford who went close soon after, rocking the crossbar after lifting the ball over Alisson, with the Brazilian then required to keep Tyler Roberts at bay.

Salah clipped an effort just wide after being sent through by Thiago, and not long after Leeds were level as Diego Llorente left Alisson rooted with a header from a corner.

The result denied Liverpool a chance to leapfrog Chelsea and West Ham into fourth, but with a top-four finish not required in Fenway Sports Group’s soul-destroying vision, it may be of little significance anyway.