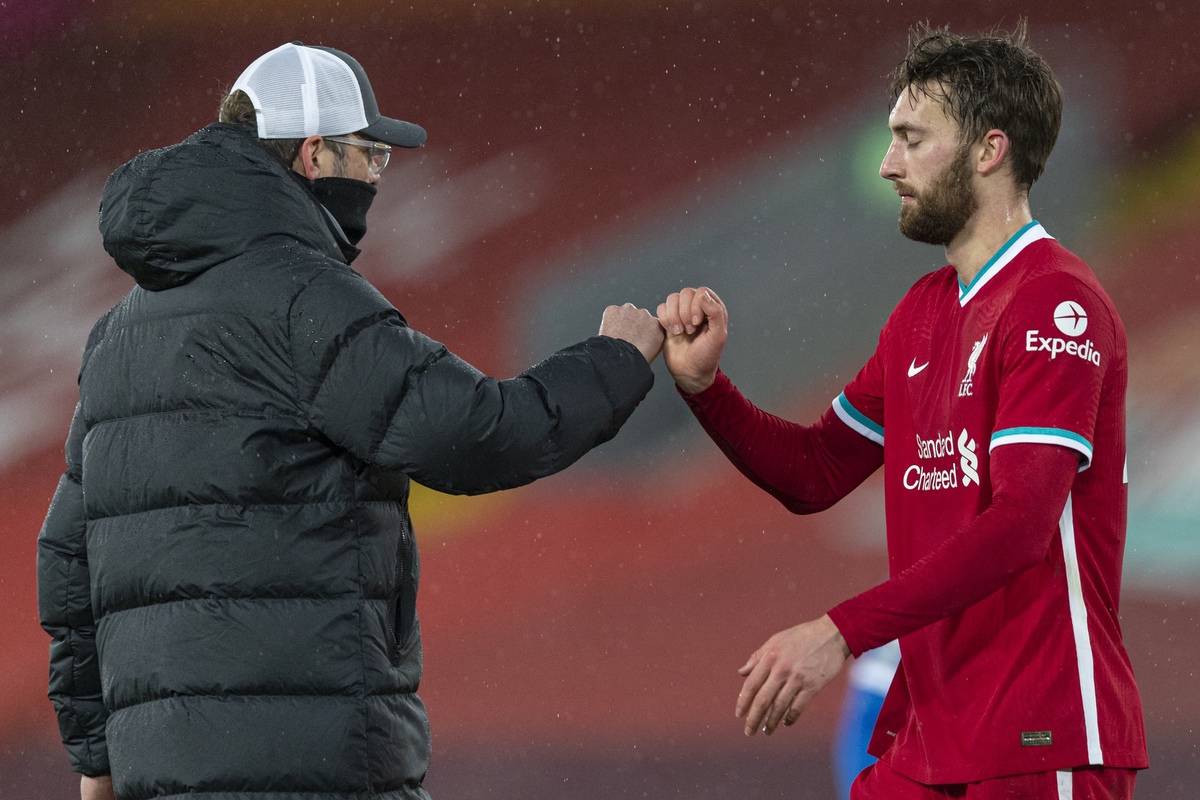 Liverpool assistant Pepijn Lijnders has praised Nat Phillips as having “a heart like a lion,” and believes his determination is an example of why Liverpool “will be back.”

Amid the Reds’ difficult season, Phillips has emerged as a real positive for Jurgen Klopp‘s squad having stepped up as a regular starter at centre-back.

It remains to be seen if the 24-year-old has a long-term future with the club, but reports that he was in the final months of his contract have been quashed, with Phillips committed until 2023.

Prior to the end of the summer transfer window, which was extended until October 16 for deals between the Premier League and Football League, the defender looked set for a move away.

But having seen a switch to Swansea fall through, Phillips has been relied upon in the absence of Virgil van Dijk, Joe Gomez, Joel Matip and Jordan Henderson, and the Englishman has taken responsibility in impressive fashion.

For Lijnders, Phillips’ story is an inspiration, and Klopp’s assistant manager believes his rise has displayed the qualities rooted at Liverpool that convince him that “we will be back.”

“It’s not the first time this will happen in our club and not the last, for sure,” he told the club’s official website.

“The passion, the ambition, the love for the game will always make or break you.

“Luckily, we have many stories like that already. The willpower and character was the base of many of our boys to win with us. That gives me confidence that we will be back.”

Lijnders went on to add further praise for Phillips, along with his centre-back Ozan Kabak, having kept three clean sheets in three starts together so far.

“Nathaniel is an example where determination and respect can bring you, and an example how collectively this team and staff is working,” the Dutchman continued.

“He puts his head where other players don’t put their feet. He has a heart like a lion.

“Probably if I need to survive in a jungle, the first two people I’d choose are Nathaniel and Milly!

“Ozan is a big talent, so much progression is still possible. He adapted fantastically inside our club from a context like Schalke and had an immediate impact with Liverpool FC.”

Phillips is certainly deserving of recognition for his performances at the heart of the defence during Liverpool’s crisis, and it is heartening that Lijnders believes his unlikely step up will be repeated.

It highlights the resolve at the Reds’ core, and though the No. 47 may not be as integral in the future, his story is certainly an inspiring one.