As part of plans for a reformed Champions League from 2024, UEFA had proposed qualification by ‘historical performance’, but this could now be scrapped.

With the Super League effectively dissolved, those clubs who signed up and eventually pulled out are now faced with the consequences, with domestic and continental sanctions possible.

It remains to be seen whether Liverpool will face a points deduction or fine from the Premier League, but the Times report that chairman Tom Werner has been requested to step down from their broadcast advisory group.

Furthermore, the top flight have decided to “shelve any plans for league changes benefiting the big six,” following a previous demand for a larger share of broadcast revenue.

That will clearly hit a club like Liverpool, particularly as they operate in a self-sustaining model, and so too will a new development with plans for a new-look Champions League.

The Times add that “UEFA is considering scrapping its plan to award two Champions League places based on historical performances, in a further curb on the power of Europe’s elite clubs.”

UEFA confirmed on Monday, prior to the Super League furore, that a new 36-team Champions League would come into place from 2024/25, with two of those clubs entering despite not qualifying through the normal domestic route. 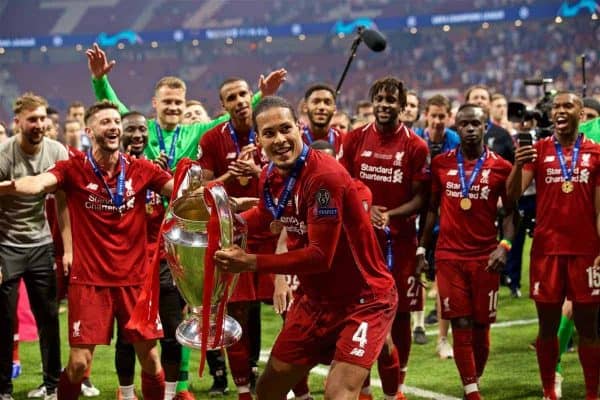 “Historical performances” suggests the likes of Liverpool, who this season may not finish in the Premier League‘s top four but are six-time European Cup winners and lifted the trophy as recently as 2019, would be ensured a place regardless.

This is similar to the closed setup of the proposed Super League, and UEFA’s decision to review the coefficient entry system is quite obviously a response to the efforts of the 12 clubs to break away from the Champions League.

There remain big issues with the new Champions League plans, but the hope will be that the reaction to the Super League prompts another reform – or at least a reshuffle – to ensure a fairer, more competitive approach is taken.

Despite its obvious impact on Liverpool, this should be seen as a positive, because as the t-shirts worn by Leeds‘ players prior to Monday night’s 1-1 draw at Elland Road underlined, they should earn it on the pitch.