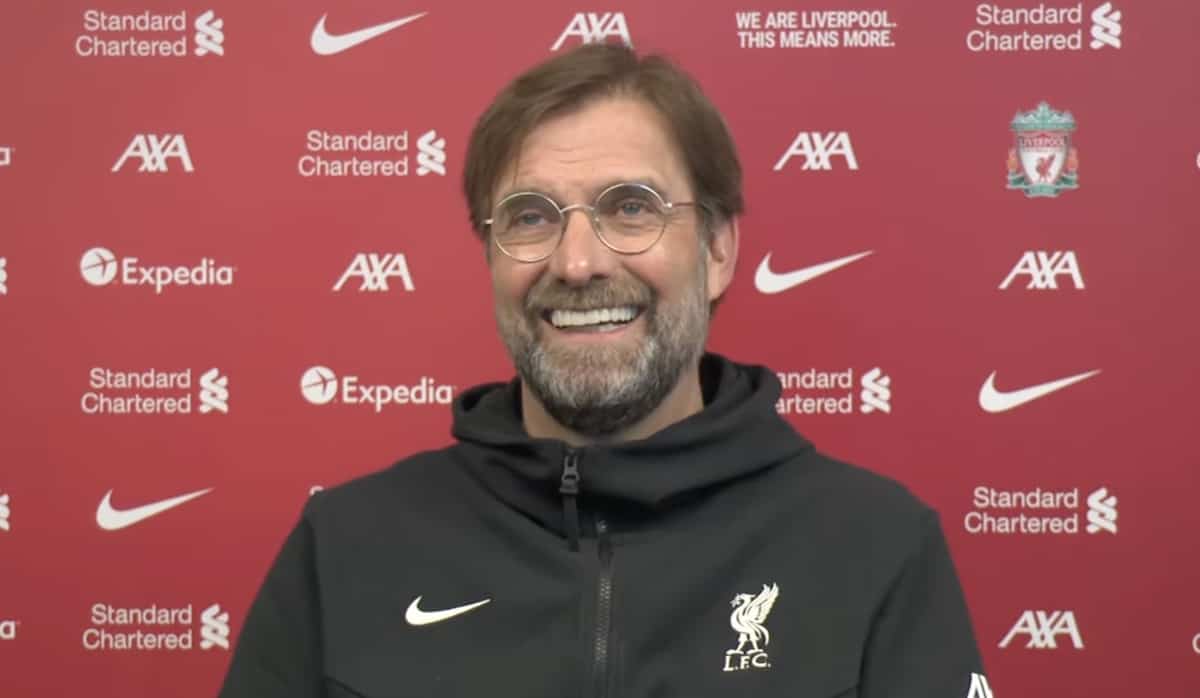 Jurgen Klopp has urged his Liverpool side to “not hesitate” in their bid to end the season successfully, starting with a tough challenge away to Arsenal on Saturday.

The Reds are finally back in action this weekend, after almost three weeks without a fixture, and will be looking to build on victories over RB Leipzig and Wolves with three points at the Emirates.

International breaks are typically met with disdain due to their disruptive powers, but this time around it almost served as a restorative period for Liverpool, on a high after back-to-back wins.

Now, they can look to the remaining nine Premier League games – and a Champions League quarter-final against Real Madrid – with renewed vigour, with Klopp laying out the plan of action in his pre-match press conference.

“Unfortunately we are not living in dreamland,” he said of his ambitions for the next two months.

“But if you would ask me what I would wish for this last period, I would say let’s just go with all we have for everything that is out there and then let’s have a look at what we got for it.

“That’s how I see it. Obviously I didn’t have a game for nearly three weeks, but my players – most of my players – had three games. So we have one session together and that’s today.

“But anyway, that’s the way we want to see it, what we can do with it.

“We obviously don’t have a lot of points to waste anymore, but we have a tough programme on top of that, not only in the Premier League but in the Champions League as well.

“We will not hesitate, we will just go for it and hopefully we can do that on Saturday already.

“But it’s always a challenge for all of teams, coming back from the international break, because the players were all over the world, they played for their countries, different systems, different philosophies, different match plans.

“We have one session to bring it all together again, and that’s the challenge. We are used to it, but there’s no guarantee that always works.

“We hope it works this time, then let’s go for it. That’s it.

“Whoever plays away at Arsenal should not expect to have the points before the game already. We don’t do that.

“We know, whatever we want for the rest of the season, we can only get it if we win football games. The first one of these football games is tomorrow night against Arsenal.”

Elsewhere in his press conference, Klopp discussed the new £533 million investment into Fenway Sports Group, Curtis Jones‘ red card with the England under-21s and the fitness of Jordan Henderson and Virgil van Dijk.

Diogo Jota‘s three goals for Portugal were also on the agenda, with the Portugal forward looking to keep up the momentum with another fine display on Saturday.