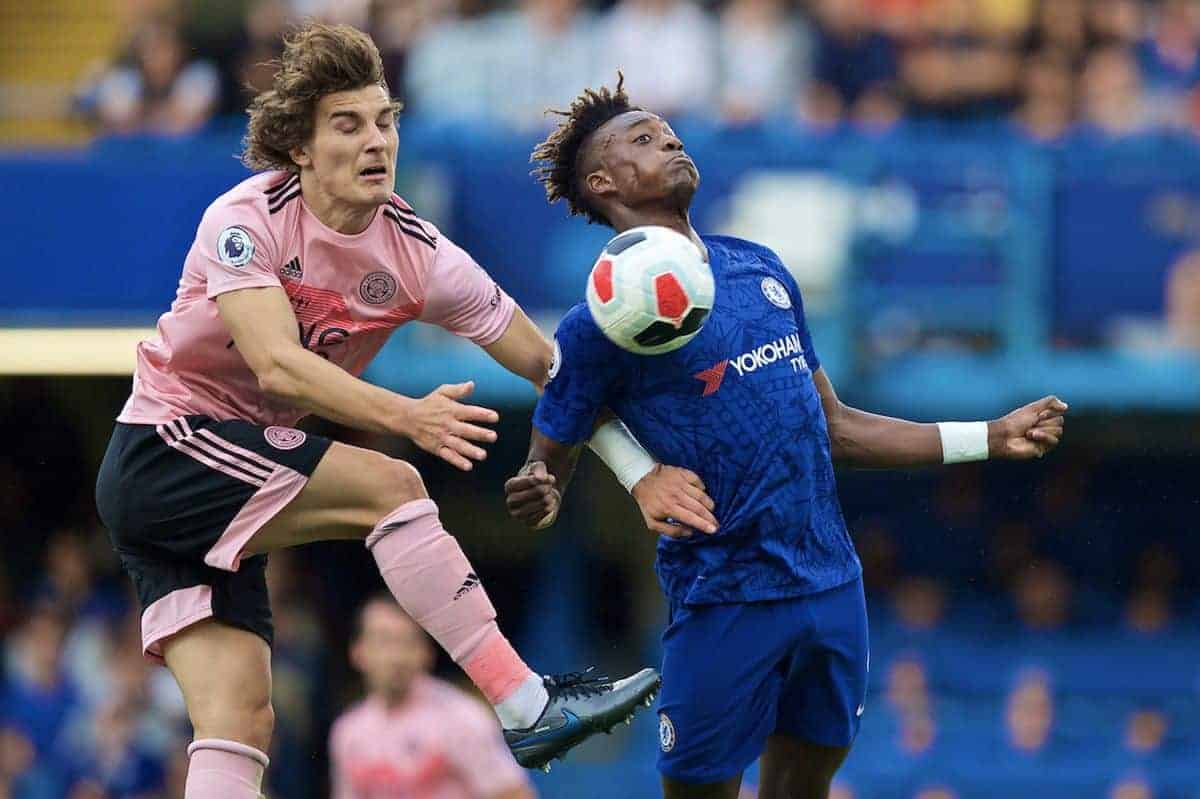 Chelsea host Leicester in the Premier League this evening, with any result from Stamford Bridge benefiting Liverpool – but which outcome is best for the top four?

The Reds are two games away from the end of the campaign, and two victories will clinch a place in next season’s Champions League.

Ahead of their trip to Burnley on Wednesday night, all eyes will be on Chelsea‘s clash with Leicester, with the two sides also vying for a place in the top four.

However the 8.15pm kickoff ends, Liverpool will be in a better position, with one or both of their rivals having dropped points in the race for third and fourth.

But which outcome would benefit Jurgen Klopp‘s side the most?

Here are the final tables based on Liverpool beating both Burnley and Crystal Palace, and both Leicester and Chelsea winning on the final day:

This would suggest that the best outcome would be a win for Leicester, following their victory over Chelsea in the FA Cup final on Saturday.

However, it could be argued that with the Foxes playing Tottenham on the final day – and with Spurs still battling to avoid the qualifying rounds of the Europa League – they have a better chance of dropping more points.

Chelsea visit Aston Villa on Sunday, with Dean Smith’s side having won just one of their last eight at home – though the Blues will also have one eye on the Champions League final against Man City on May 29.

A draw could be seen as ideal for Liverpool, as they would then know two wins would see them definitely leapfrog Chelsea and, if they lost to or drew with Spurs, also Leicester, finishing third.

With any result favouring the Reds, supporters have weighed up the possibilities on social media:

Thanks. No further questions. pic.twitter.com/seDXqoBaaA

Anything but a Chelsea win. We don’t want to be calculating goal difference on the last day. But Leicester will be hung over, can’t rotate to much and Chelsea will want revenge. In which case they need to tonk Chelsea.

In terms of form, Chelsea have been marginally better in the last six games in the Premier League, taking 13 points while Leicester have managed 10.

However, the Blues have taken just eight in their last six at home, while Leicester have won three, drawn two and lost one for 11 points on the road.