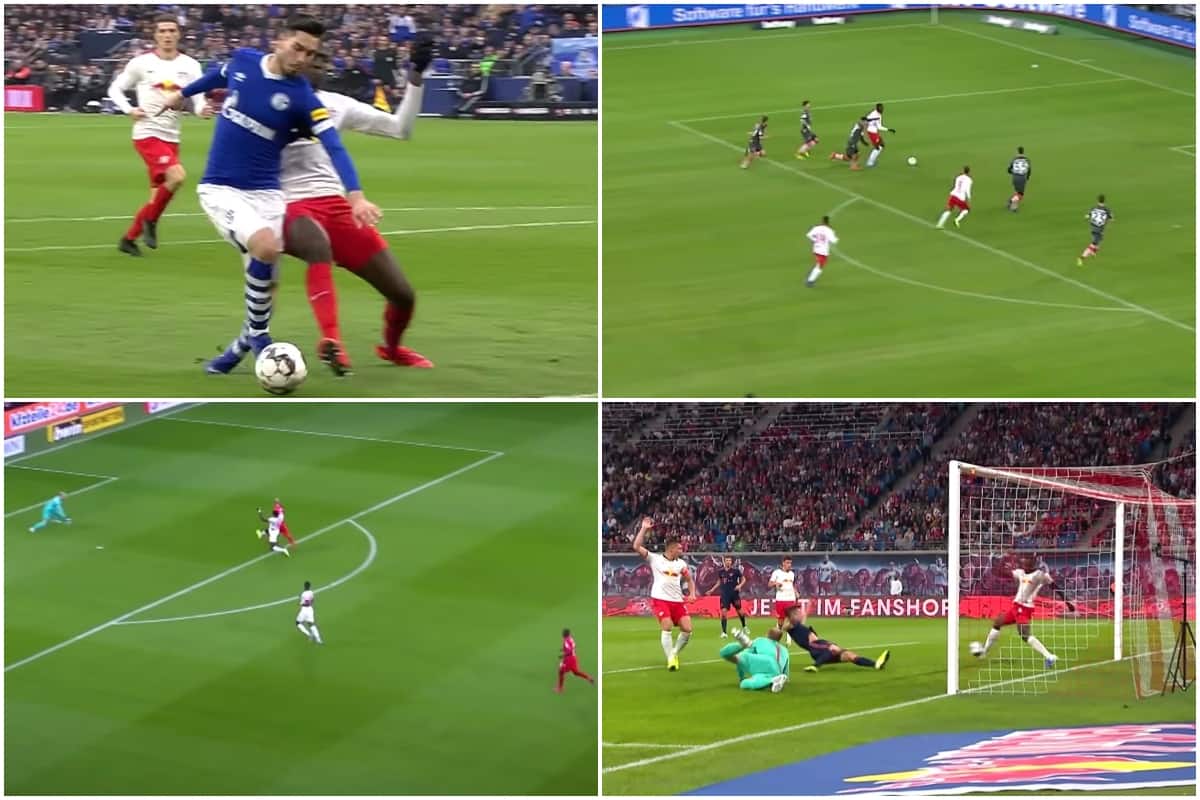 Ibrahima Konate has arrived as the first signing of the summer for Liverpool, but only playing 32 times in the last two seasons for RB Leipzig, he may be unknown to many.

A problematic hip injury, and competition for places at the Red Bull Arena, saw Konate’s opportunities limited following an exceptional campaign in 2018/19.

But there is a belief within Liverpool that the 22-year-old centre-back will be able to realise his potential at Anfield, with Jurgen Klopp praising him upon his arrival in a deal worth £36 million.

“I am confident we are signing a player who can play for us right away, but he is a boy of 22 years of age who has room to improve because of his massive potential,” the manager said.

“I know that’s something he is eager to work on with us to become an even better player.

“For me, that’s really exciting because I have seen how good he is already and I’m looking forward to working with him when he joins up with us in pre-season.”

However, his lack of recent appearances in the Bundesliga and Champions League could see many wondering that type of player Liverpool have brought in.

A new highlight reel from the German top flight’s YouTube channel has given a taste of what to expect from Konate, showcasing his fast, physical style of play at the back.

His strength, speed and reading of the game are clear to see, while his ability to drive forward – as seen with his first Bundesliga goal against Fortuna Dusseldorf in 2019 – will be hugely important too.

In many ways, Konate has a similar approach to Joe Gomez, who he will be competing with for a starting place alongside Virgil van Dijk.

They are both reactive defenders, blessed with pace and power, who can thrive in the high defensive line employed by Liverpool without exposing Alisson too often to balls over the top.

It remains to be seen whether Konate will take a first-choice starting place next season, with it likely that he will be given time to adjust to Klopp’s system before being thrown into a regular role.

He will clearly be a prominent fixture within the Reds’ squad, however, with an up-front fee of £36 million paid to Leipzig a signal of Liverpool’s faith in the young Frenchman.