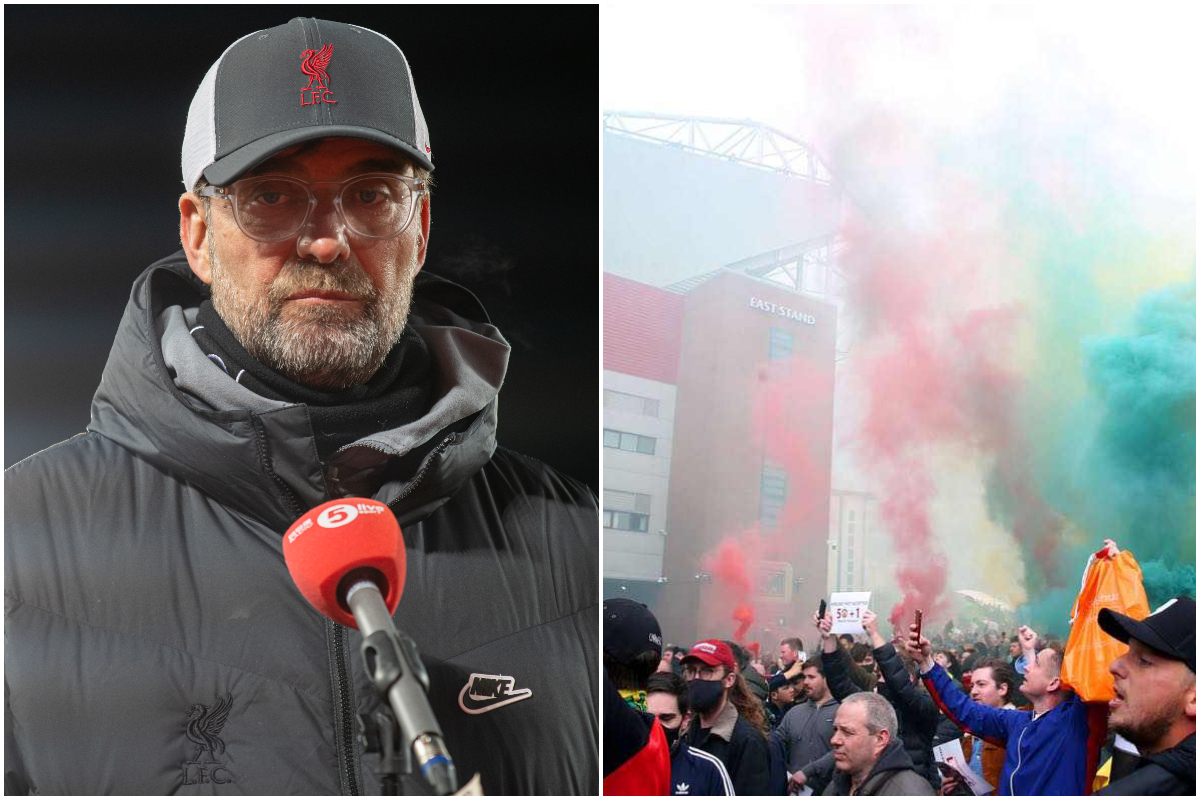 Jurgen Klopp has urged any further protests to avoid the violent scenes at Old Trafford last week, but backed their view, insisting he is “an absolute believer in democracy.”

Liverpool were dealt a blow to their preparations as Man United supporters forced their clash to be called off on Sunday, with the fixture now to be held on May 13.

Thousands of fans protested outside Old Trafford, with hundreds then breaking through into the stadium and onto the pitch, safety concerns prompting the game to be postponed.

In the aftermath, images emerged of police officers receiving treatment for injuries suffered in their attempts to control the situation, which served as an unwelcome sideshow to the genuine cause, opposing the Glazer family.

Klopp and his players waited in their hotel lobby while decisions were made over kickoff, with the manager having already held his team meeting.

But despite the disruption caused to Liverpool’s schedule, Klopp advocated United fans’ right to protest – though he expressed his frustration that violence erupted as a result.

“Am I surprised that these kinds of things happen? No,” he told reporters on Friday.

“I’m an absolute believer in democracy, which means I’m happy that people want to say their opinion. That’s completely fine.

“But I know in situations like that it doesn’t happen too often that nobody gets hurt.

“That’s why I said a week before, when all the pundits were going and asking for protests and stuff like this, that we have to all be careful and calm down, to ask for the right things.

“I don’t know exactly what happened there, but I heard some policemen got injured.

“These kinds of things should not happen, for sure. They should not break down the doors and stuff like this.

“To tell your opinion, to tell the world what you think about something, that’s completely fine – as long as it’s completely peaceful.

“It was, as far as I know, not completely peaceful. Then it’s not right anymore.” 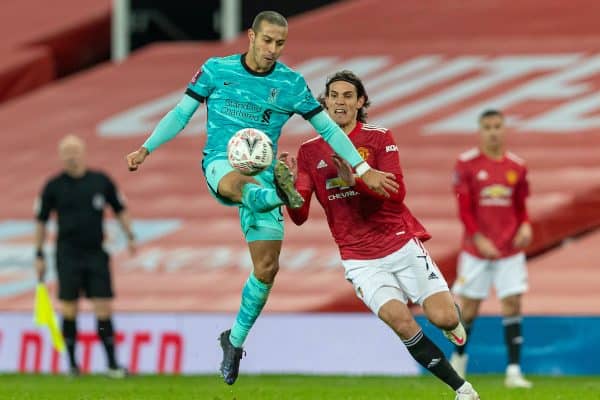 With the fixture now rescheduled, Liverpool face five games in the next 16 days, averaging one every 3.2 days, with a place in next season’s Champions League still to play for.

United, meanwhile, were faced with four games in the space of eight days, starting with Thursday night’s Europa League semi-final decider away to Roma.

Asked if he feels sympathy with Ole Gunnar Solskjaer and his players, Klopp agreed, but stressed that it is not the ideal situation for Liverpool either.

“We were informed about the process, but we had nothing to do with it really,” he said of the fixture reshuffle.

“Yes, of course I feel sympathy for him, it’s not how it should be. But it’s not good for us either, to be honest.

“I would have preferred to play the game last week, now we have five games in the last two weeks – that’s not really cool as well.

“But it is what it is, nothing to complain about or whatever. It’s just the situation.”