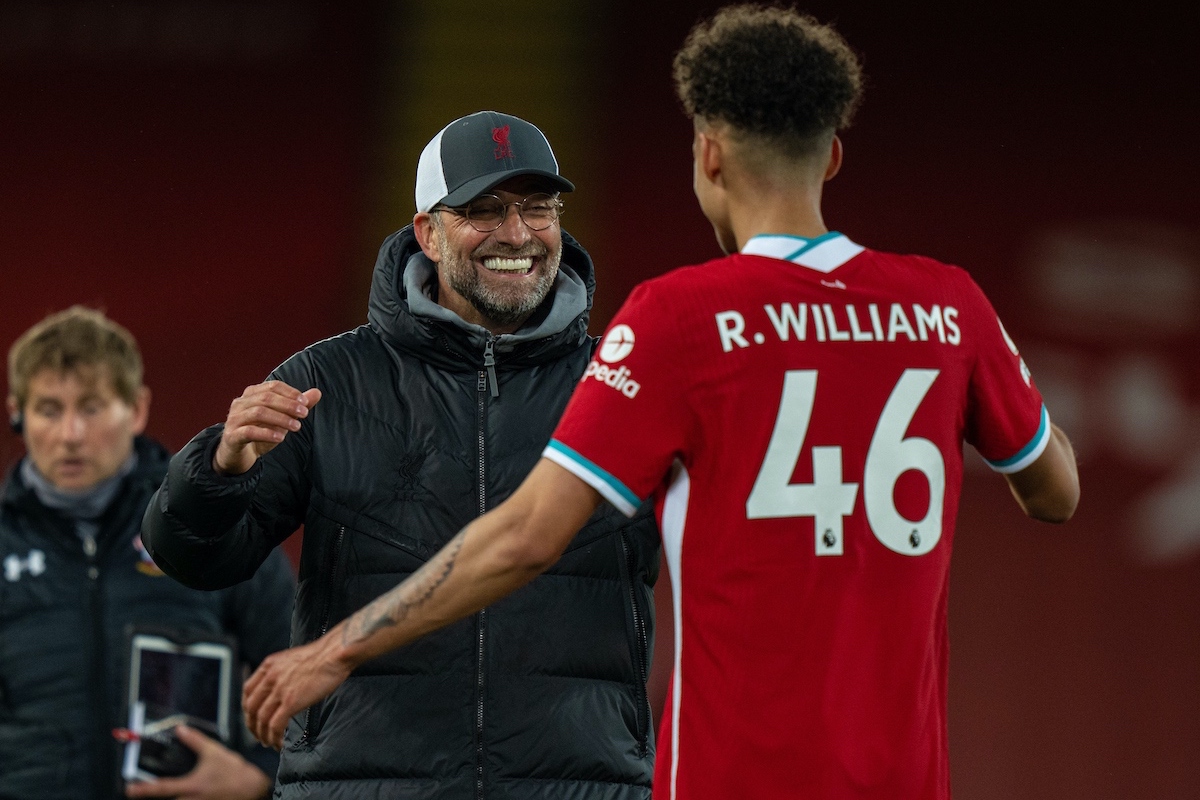 Jurgen Klopp has ruled Ozan Kabak out of Thursday’s clash with Man United, and has praised Rhys Williams‘ efforts in training as he looks set for a second consecutive start.

Williams made his first start in two months at the weekend, and despite a shaky display in parts, the 20-year-old helped keep a clean sheet against Southampton.

He was drafted into the side due to a muscle injury for Kabak, and ahead of this week’s trip to Old Trafford, Klopp has confirmed Kabak, James Milner, Naby Keita and Ben Davies are still sidelined.

While this could see him turn to Fabinho at centre-back against a challenging United side, his comments in the Reds’ pre-match press conference suggest he could put his faith in Williams.

“You cannot put the boy on the pitch if he’s not in the shape for that in that moment,” he told reporters.

“You have to find another solution. You don’t line a player up, especially not a young one, and hope that it will work out.

“The moment when the boys show up in training, when they have the momentum in training and these kinds of things, then is a good moment for that.

“Rhys, for example, is now in a really good moment. That helps obviously.

“Who will line up, we have a session this afternoon and what this season taught us is don’t fix the lineup too early in your mind, because something could happen that you have to change!

“That’s how it is, but whoever plays tomorrow night we will try to win the game. We will see how it works out.”