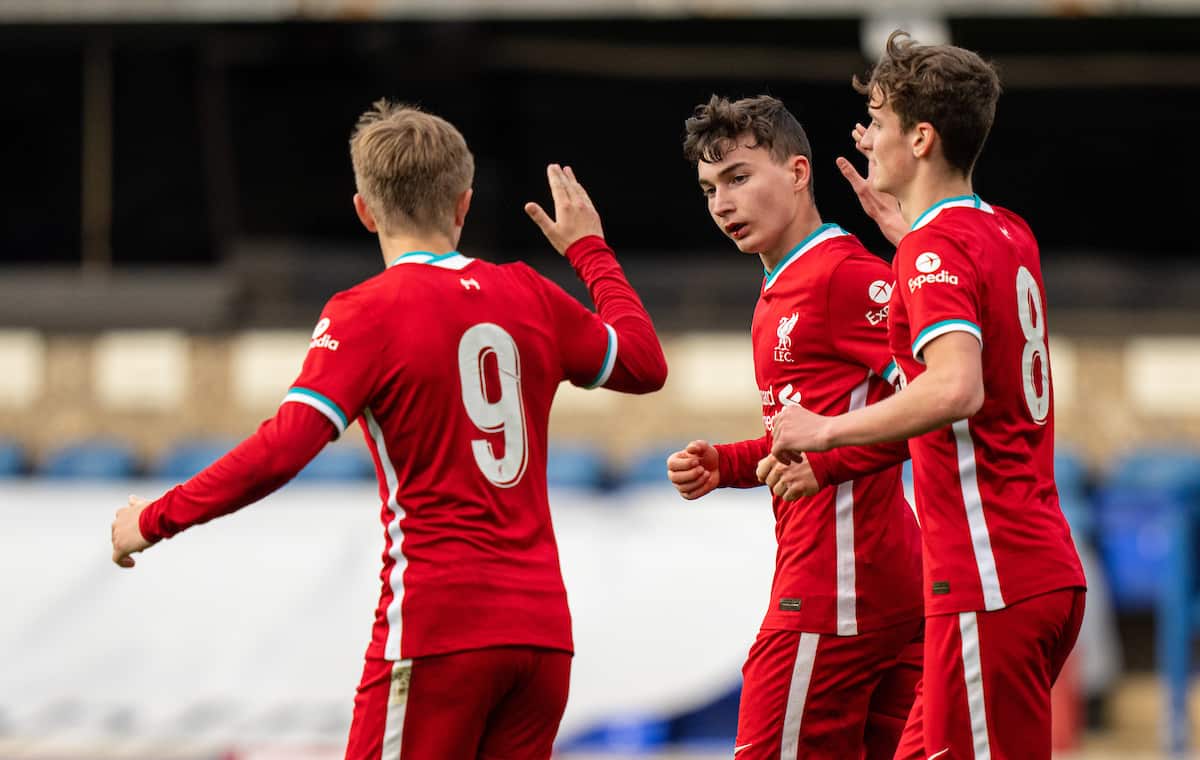 Liverpool under-18s came from behind to beat Ipswich Town and book their place in the FA Youth Cup Final.

The young Reds made it to their second final in three seasons thanks to second-half goals from Mateusz Musialowski and substitute Melkamu Frauendorf but they were made to work for it by the Suffolk side.

The first half was typically tight for a game of this nature and saw few chances for either side, with Ipswich nullifying the threat of Reds’ danger man James Balagizi.

But the hosts took the lead just before the break through Edwin Agbaje when Reds’ ‘keeper Harvey Davies failed to keep out his header at the back post.

Liverpool came out a lot faster in the second half and eventually got the leveller through the impressive Polish 17-year-old, Musialowski – his shot, after some nice footwork on the edge of the box, took a deflection to wrong-foot the ‘keeper.

The winning goal arrived when Frauendorf replaced Musialowski and within two minutes the German attacker found the net to make it 2-1, curling in his shot when cutting from the left on his right foot after a good run from out wide created the chance. 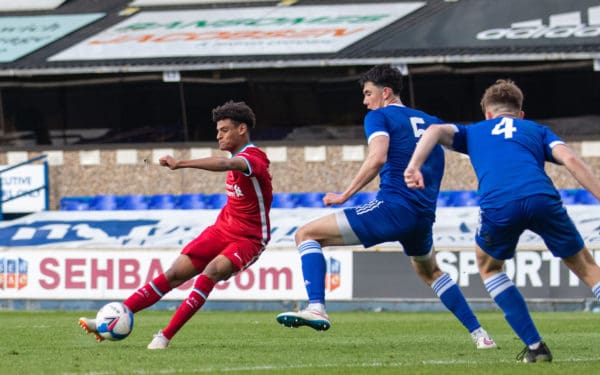 It seemed like Liverpool’s superior quality was always going to tell and that was eventually how it proved, but credit to Ipswich for making a very tough match out of it.

“We were much better in the second half,” said coach Marc Bridge-Wilkinson post-match. “It was about being more aggressive with the ball, playing forwards a bit quicker.”

Liverpool will play away to Aston Villa or West Brom in the final later this month, with the two Midlands sides playing their semi-final on Friday. A final against Aston Villa would be quite ironic, with Liverpool’s first-team having already played Villa’s youth team in the FA Cup this season.

The Reds last lifted the prestigious youth trophy in 2019 when a team containing Neco Williams, Rhys Williams, Leighton Clarkson and Jake Cain beat Man City on penalties in the final.