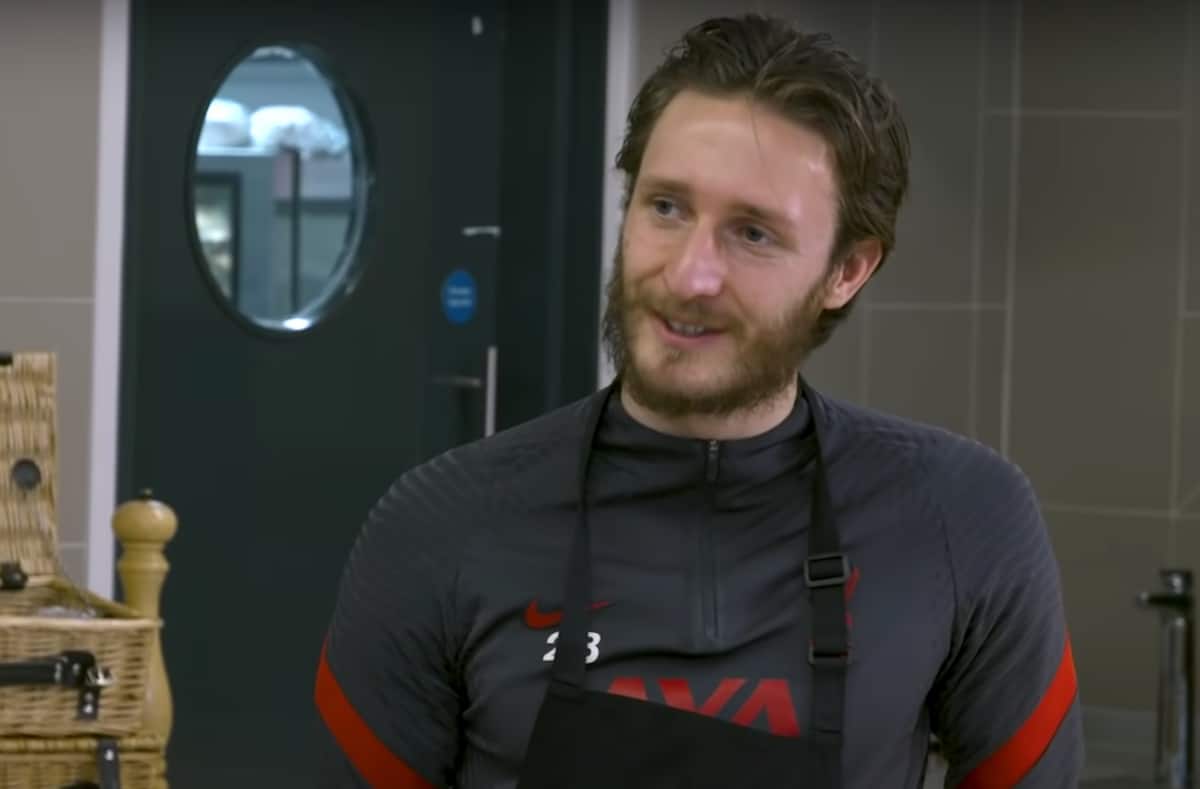 We’ve hardly caught sight of Ben Davies since he signed on the dotted line in January and his first ‘appearance’ has arrived away from the pitch in a manner few would have ever expected.

The 25-year-old was one of two deadline day signings to help relieve the crisis that hit the centre-back ranks but while Ozan Kabak has made 13 appearances, Davies has only seen the bench.

An ever-present for Preston, Davies has been on the periphery since making the £1.6 million switch having been an unused substitute on eight occasions.

Succumbing to a number of knocks and fitness issues here and there has proved a notable stumbling block, as too the settling in period and Jurgen Klopp‘s desire to keep his back-line as consistent as possible.

But with only four games remaining in the campaign and another knock, opportunities to debut are growing slimmer by the day.

And while sightings on the pitch have been rare, his presence in a promotional video for Liverpool’s partner Quorn has seen fans all draw the same conclusion: that he has more minutes on YouTube than what he was actually brought in to do, play football.

Alongside head of nutrition Mona Nemmer, Davies is joined by Naby Keita and another signing without many minutes in Kostas Tsimikas to cook some Quorn recipes from scratch.

The brief cameo from Davies, where he admitted “I’m not a massive cook myself,” saw fans all make a similar joke and be reminded that he does, in fact, still exist:

Ben Davies has made more appearances on a cooking show than for Liverpool FC ?

Relieved to know that Ben Davies should now be able to knock up a Quorn Lasagne. I was beginning to think that deadline day move had been a complete & utter waste of time. (Bet it’s not nicer than my Mrs’ one though)

When Ben Davies is told he’s finally going to make his first appearance for Liverpool… ? https://t.co/E1MtW9eFV2

Have you seen this man?

Please call ShotStoppers with any information you may have. pic.twitter.com/QUnKm8s8VE

The most I’ve seen of Ben Davies all season https://t.co/Aa1jXLXhyZ

The response was an expected one after the club signed him and then being hardly seen thereafter, with a multitude of centre-back combinations preferred over a possible debut.

Training and working alongside the current crop of players will no doubt prove beneficial but one can certainly sympathise with Davies’ position.