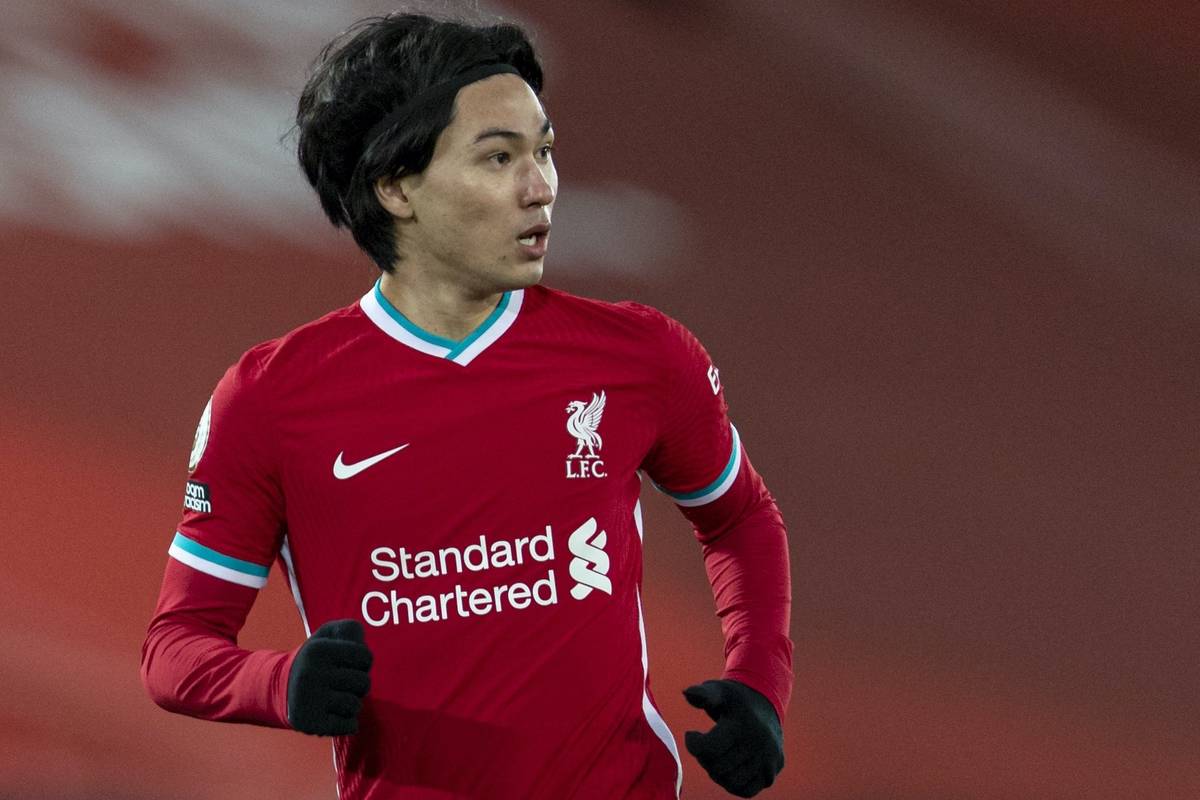 Takumi Minamino will return from his loan spell with Southampton this summer, but there are question marks over whether the No. 18 has a long-term future at Liverpool.

With just four games left of the Premier League campaign, Minamino has made only seven appearances since joining Saints at the start of February.

Ineligible on Saturday night, the Japan international will be looking to force his way back into contention for the remaining clashes with Crystal Palace, Fulham, Leeds and West Ham.

Minamino has a point to prove, having left midway through the season in pursuit of regular starts, with Jurgen Klopp describing him as a “long-term project,” suggesting he would return as part of his first-team squad.

But a lack of minutes following his move from Red Bull Salzburg at the start of 2020, and a failure to kick on at St Mary’s, has cast doubt over his future.

This Is Anfield posed the question of whether Minamino should stay at Liverpool next season or move on again – either permanently or on loan – and the results were split: 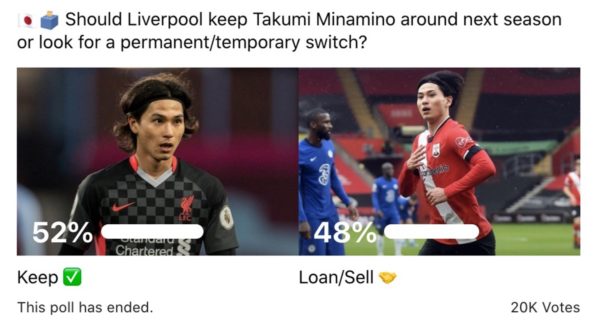 Of the 20,000 votes, 52 percent backed the 26-year-old to return to Merseyside and be an option for Klopp, with Mark Gates writing: “I still remember the game in CL, when he just tore us up in the midfield.”

“Give the guy time to play and prove himself. He has barely played,” Aram Iskenderian added.

“With the offence being so out of sync, I don’t think there is much to lose if he played.”

Espen Andre Lien argued that “perhaps if he got to play a bit more than 13 minutes a month he might have shown a different side,” with Minamino overlooked ever since his goal in the 7-0 thrashing of Crystal Palace.

However, 48 percent of voters were in favour of Minamino moving on, with the majority of negative responses suggesting he should be sold, not loaned.

“I thought he would be amazing when we signed him like the perfect Coutinho replacement but it hasn’t worked out.

“Easily beaten off the ball too and I just think there are better players out there. Sell for profit and use that towards someone more established.”

Jonny Purkhardt claimed Minamino represents a wider problem within Klopp’s squad, having so far failed to compete for a starting spot, saying: “When key players get injured our bench is not strong enough to keep us going. This season has been proof of that.”

Perhaps most on the nose was Brian Mac Airchinnigh, who wrote that it “depends on what we can get for him to be honest,” as “every player has a price.”

That could well be the approach Liverpool take in the summer transfer window, open to offers for Minamino but, if they cannot find a buyer for the right fee, happy for him to stay as a squad option.

It would not be the most hopeful outlook for the player himself, however, and it could well be that Klopp’s comments still ring true – and that he is, in fact, planning around Minamino for 2021/22.