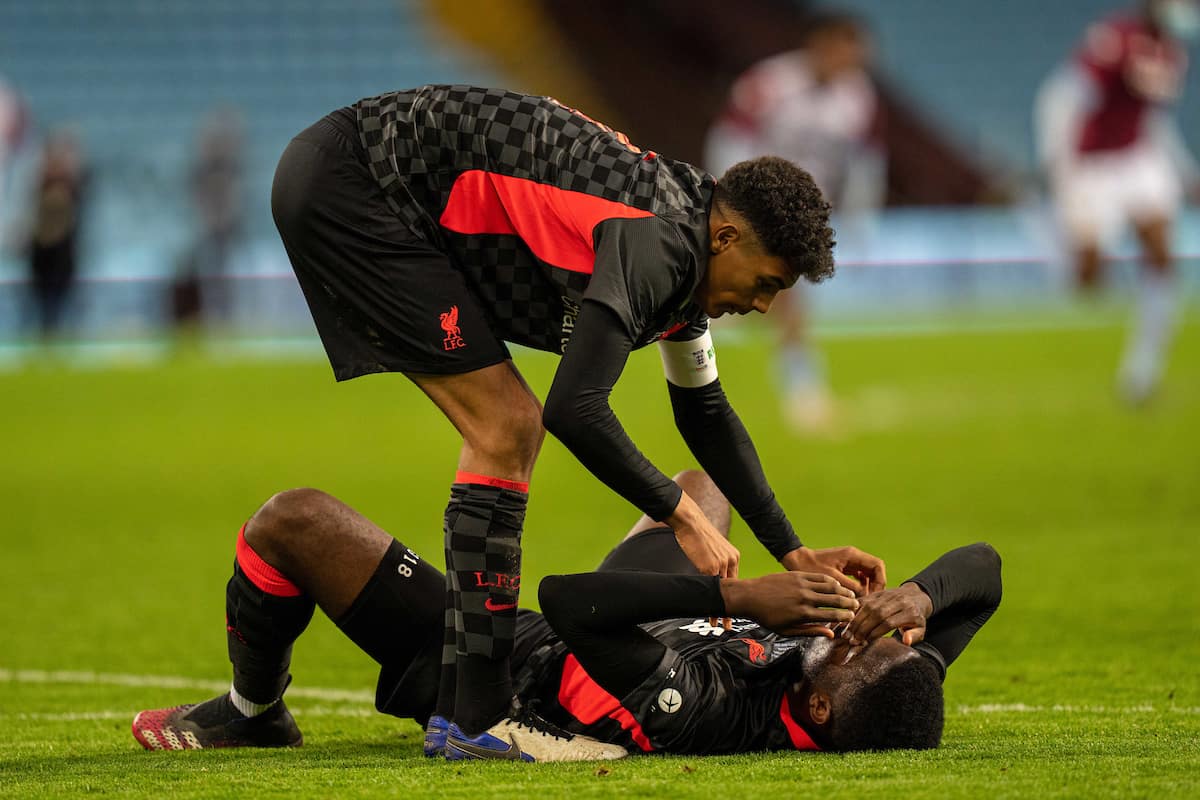 Liverpool rallied in the second half but an early flurry sealed a 2-1 win for Aston Villa in the final of the FA Youth Cup, with the young Reds’ campaign ending in misery.

With 4,750 fans at Villa Park, the home side took an early advantage with a double in the first 12 minutes, giving Marc Bridge-Wilkinson’s young Reds it all to do.

Ben Chrisene opened the scoring with a low finish following a corner, and Billy Koumetio handed Villa a penalty three minutes later, with Brad Young picking himself up to pass a Jorginho-like spot-kick into the far right.

Liverpool had a huge chance to level soon after, with James Balagizi charging down a loose pass into the box, but following up, Mateusz Musialowski fired his close-range effort over the bar.

Villa remained on top, with their physicality giving them the edge against a much smaller Liverpool side, hitting the post twice and seeing last-ditch blocks and smart saves from Harvey Davies keeping out other openings.

Tyler Morton found himself with a half-chance shortly before the break, but unable to capitalise the young Reds went into half-time two goals down. 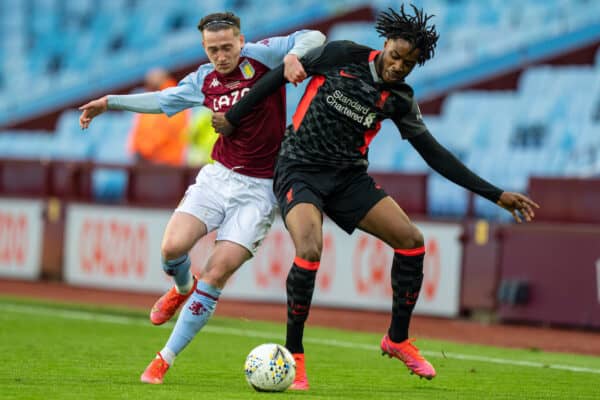 Bridge-Wilkinson looked to address a weak first-half showing by sending on the semi-final’s winning goalscorer Melkamu Frauendorf for a surprisingly peripheral Dominic Corness.

Smart work from Frauendorf almost crafted a goal within 90 seconds, but Max Woltman was unable to hit the target following his cutback, while Morton sent a free-kick just high and wide later in the half.

Liverpool grew into the game as the half wore on, and it was Frauendorf who clawed one back with a superb volley from James Norris’ corner, diverted in via a Villa defender.

The final 10 minutes were captivating as the young Reds probed for an equaliser, with corner after corner forcing a staunch rearguard approach from Villa.

Unfortunately it came too late, with Jarell Quansah heading into the clutches of the goalkeeper in the best chance of the closing stages, leaving Villa to hold on for FA Youth Cup victory.