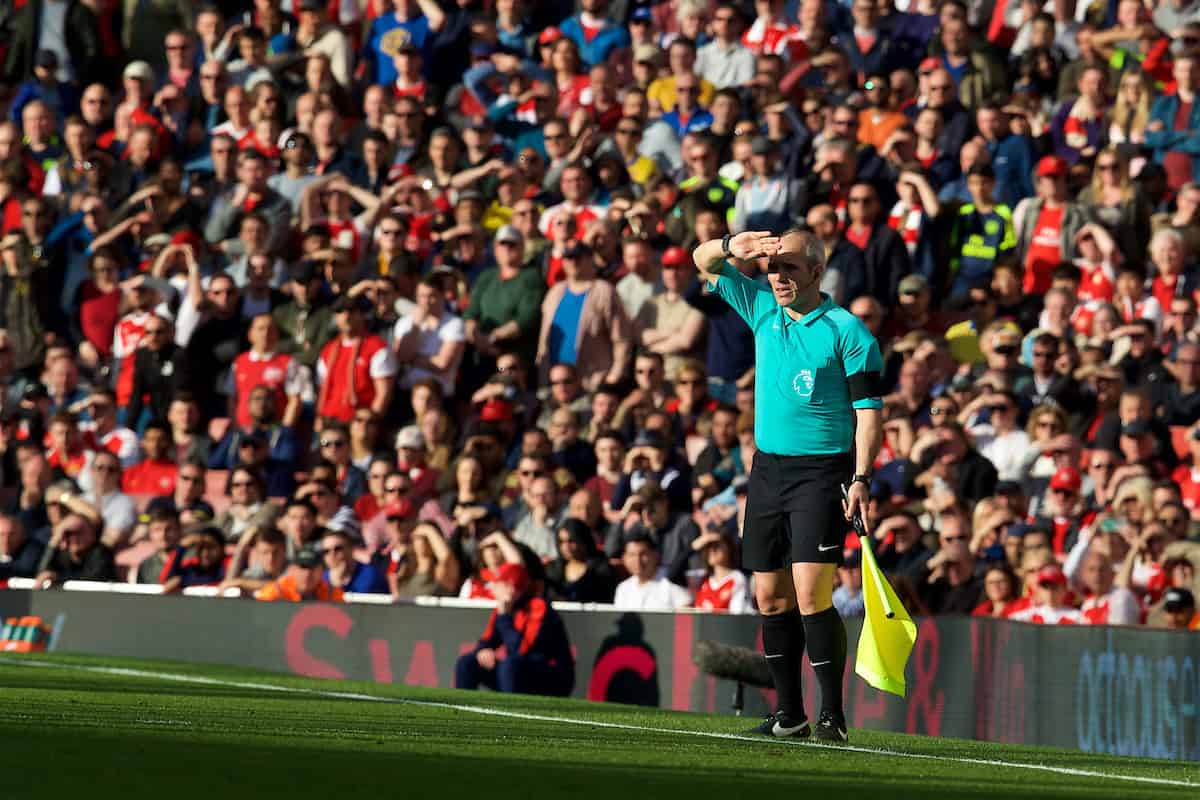 Liverpool will be one of four clubs used to test automated offside technology in the Premier League next season, with a hope it will be in place formally from 2023.

Since the introduction of VAR, offsides have been increasingly contentious across the Premier League, with the tiresome use of arbitrary lines confusing and angering fans.

There have been goals ruled out for toes, hands and armpits being ‘offside’, which has detracted from the point of VAR, which is to aid referees in making decisions.

However, Hawk-Eye – the company responsible for goalline technology – is pioneering a new automated offside system, similar to that used to detect if a ball has crossed the line or not.

According to the Times, Liverpool, Chelsea, Man City and Man United have all committed to under-the-radar trials of the technology at their grounds next season.

Trials have already taken place at one Premier League stadium this year, but this will be expanded to include the four biggest clubs in England.

The technology was also used at the Club World Cup in Qatar back in February, with FIFA described as “very impressed” with the results, which are “only 0.5 seconds behind live play.”

FIFA hope to use automated offside technology at the World Cup in 2022, while the Premier League are looking to implement it in time for the 2023/24 campaign.

The Times‘ Martyn Ziegler explains: “Automated offside systems use camera and computer technology to track players’ movements as well as the ball, and insiders say it should be more accurate than the VAR offsides.”

Hawk-Eye’s technology is “entirely computerised and immediate,” with the Premier League set to decide between the use of “fully automated or semi-automated” technology.

If semi-automated, these decisions would still be referred to VAR, rather than directly to the officials on the pitch.

Provided the technology works – and ideally, flawlessly – it would be a major boost to football in England, with offside decisions at present bordering on farcical.

Technology can certainly aid the sport, but the manner in which it is used still depends on those in charge of its implementation, and the current system has highlighted a number of flaws in this respect.