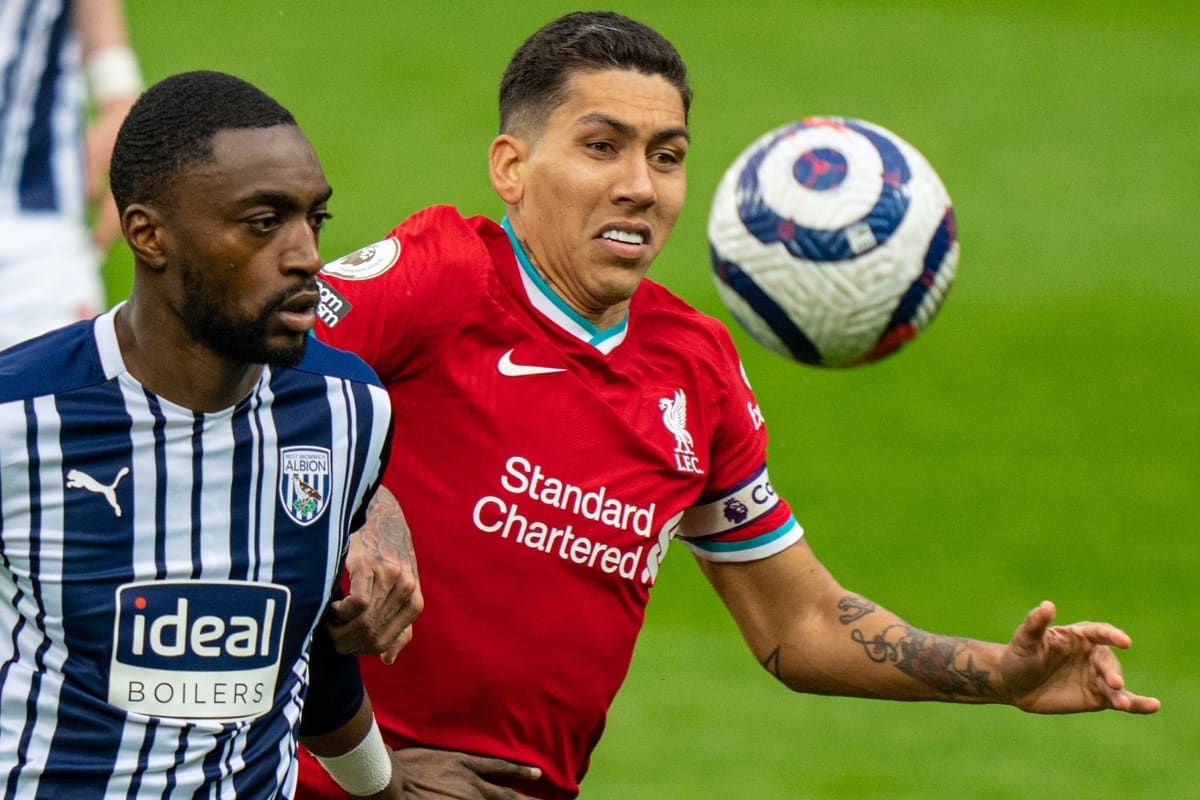 Roberto Firmino became the 16th player to captain Jurgen Klopp‘s Liverpool from the start on Sunday, and after the 2-1 win at West Brom he savoured the “greatest feeling.”

With Jordan Henderson, James Milner and Virgil van Dijk injured and Gini Wijnaldum on the bench, Klopp had a decision to make when it came to his captain at the Hawthorns.

Trent Alexander-Arnold and Mohamed Salah had both worn the armband in the closing stages of their 4-2 victory over Man United last time out, but this time neither was given the honour.

Instead, the manager opted for Firmino, sticking to his custom of naming the longest-serving player on the pitch as his captain.

He has not always followed this to the letter, with Alexander-Arnold’s stint against Midtjylland in December seeing him share the pitch with Divock Origi, but more often than not, this is the rule.

In the past, Klopp has displayed a nonchalant view on the armband.

But to Firmino, it gave him “the greatest feeling imaginable” to captain Liverpool to a priceless win away to West Brom.

“What a fantastic win today and even better that my brother [Alisson] scored the winning goal. You’re so blessed for the lord. We love you.”

Sixteen players have started as captain during Klopp’s reign, with some more memorable than others.

It could be that Firmino is considered as a replacement to Wijnaldum if Klopp opts to designated a ‘fourth captain’ next season, with the Dutchman due to depart on a free transfer.

Previously, the manager has left it to a squad vote to elect the leaders beyond Henderson and Milner, with Van Dijk and Wijnaldum currently assigned as third and fourth choice.

Alexander-Arnold and Salah will be prime candidates, though, with Andy Robertson likely to be a contender too.