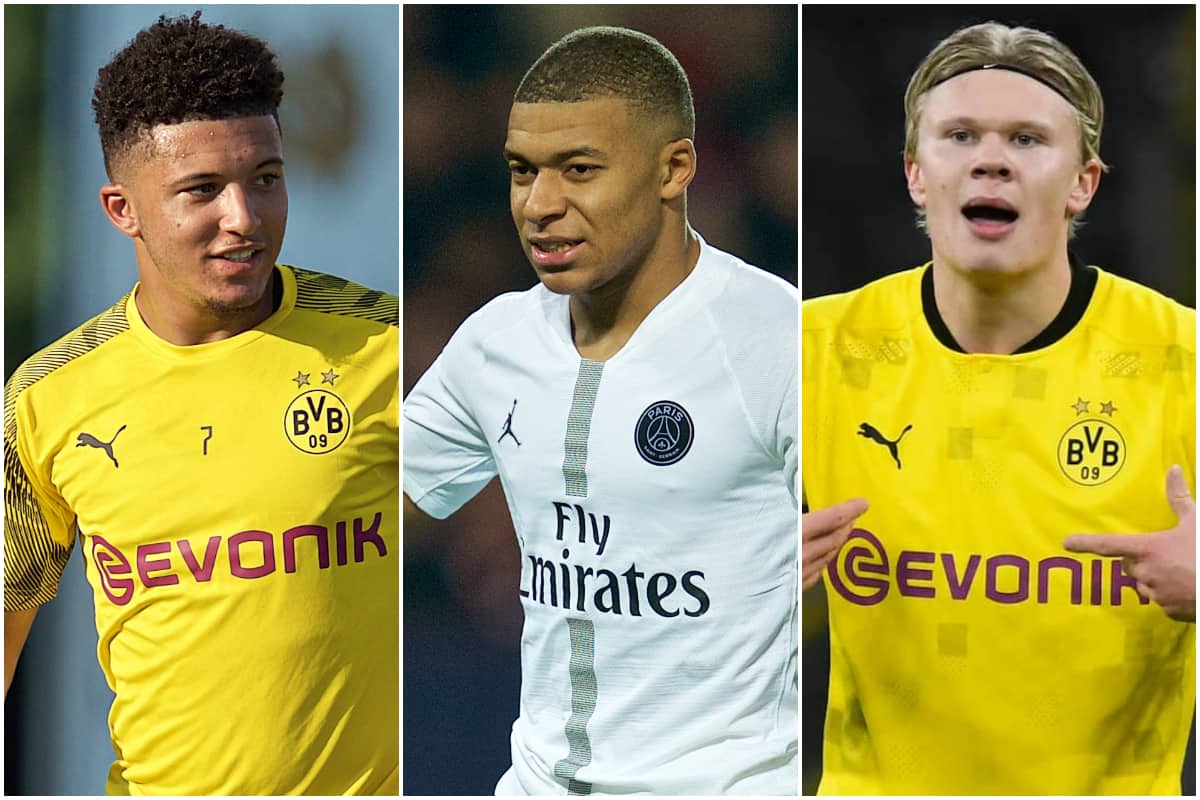 Liverpool’s cautious approach to the transfer market was designed to save funds for a “generational talent,” but the impact of the COVID-19 pandemic has put paid to that.

That is according to Merseyside journalist Melissa Reddy, who has cast doubt over a move for Dortmund’s Jadon Sancho, among others.

Speaking to German outlet Sport1, Reddy and The Athletic’s Rafael Honigstein assessed the situation around Sancho’s future, stressing that the Reds would only be in a position to make a move if they “sell a top striker.”

Honigstein suggested that would need to be Mohamed Salah, who over the weekend claimed “no one in the club is talking” to him regarding a new contract, amid links with a move to LaLiga.

The need to sell before buying a player of Sancho’s calibre – and price tag, which is believed to be €100 million – comes after Liverpool’s carefully managed coffers were dealt a big blow during the pandemic.

“[They] acted cautiously in the transfer market to create reserves should a generational talent or a real difference-maker be available at the right time for the right price,” Reddy explained.

She added: “[Sancho] is an unlikely deal because of the financial situation as a result of Covid.”

“It’s not a buyer’s market,” Reddy said of the prospect of Salah, Sadio Mane or Roberto Firmino being sold.

“Real Madrid and Barcelona, usually targets of such top talent, are deep in debt. Liverpool have more pressing priorities to improve their squad, such as in defence, so it would be difficult to picture Sancho at Anfield.”

Liverpool announced in their 2019/20 financial review that they had suffered a pre-tax loss of £46 million due to the pandemic, with their projection being that the overall cost would be up to £120 million.

Despite a new kit deal with Nike and major investment into Fenway Sports Group, that has effectively wiped out the transfer budget for a player like Sancho, Kylian Mbappe or Erling Haaland.

Instead, Reddy states that Liverpool are likely to remain “flexible” when it comes to their upcoming business, having negotiated a favourable deal with Wolves in paying just 10 percent of the £45 million for Diogo Jota up front last year.

Given other sides will be in an even worse position than the Reds, this could work in their favour this summer, as many clubs will be desperate to secure funds by any means necessary.

The fact that a “generational talent” could have slipped through Liverpool’s grasp, however, is a frustrating reality.