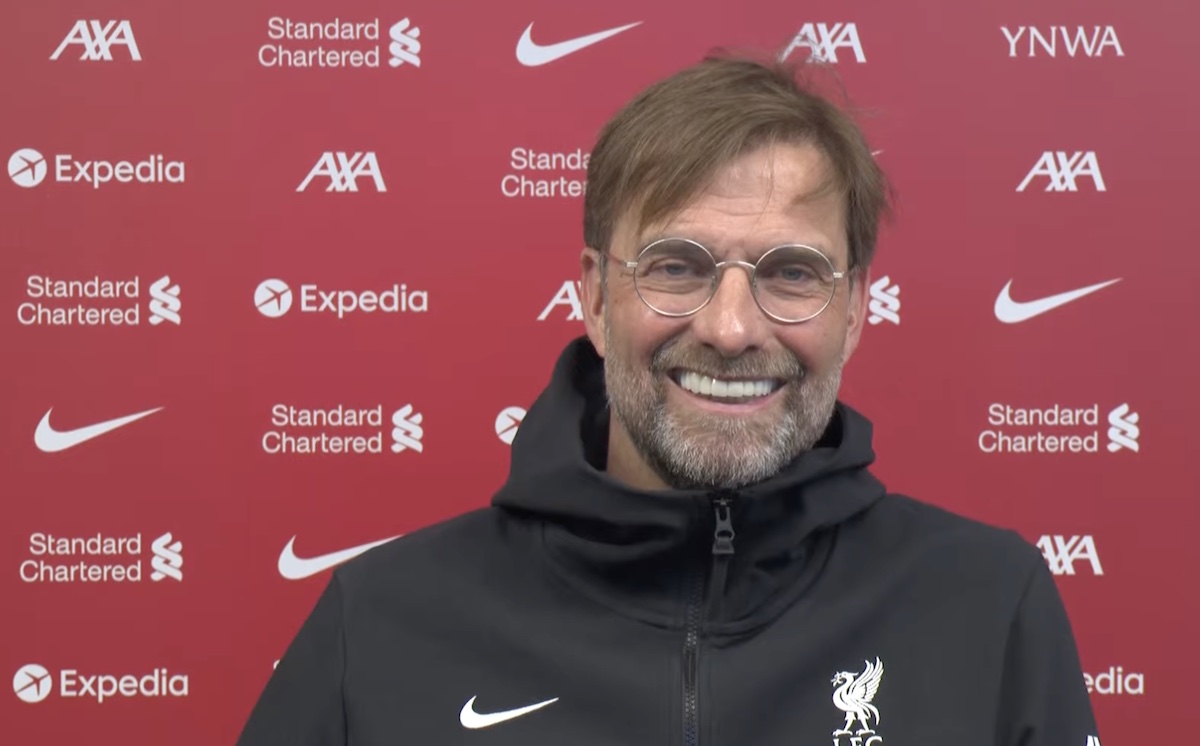 Jurgen Klopp has embraced a “full week to prepare” for the visit of Southampton, with Liverpool needing to be “unpredictable” to emerge with all three points.

The Reds face Southampton this weekend given a lengthier time to train than expected, albeit with the inconvenience of travelling to Manchester for a postponed fixture last weekend.

Friday marks the 13th ‘free’ day since the 1-1 draw with Newcastle, and Klopp will be hoping a prolonged spell at Kirkby will pay dividends as Liverpool seek a vital three points.

Though Southampton head into the weekend 15th in the Premier League, they will still be a challenge for Klopp and his side, as the manager acknowledged in his pre-match press conference.

“You have to be from time to time unpredictable, that’s really important,” he said when asked how he expects Liverpool to get a result.

“You have to be cheeky as well, that’s really important, brave.

“You have to be ready for their counter-press, if they lose the ball they go with all they have to win it back.

“We know how that works, we try to do that ourselves from time to time, but there is no perfect thing in football.

“In this case thank God – or for us sometimes unfortunately – if you outplay these counter-pressing situations then if you are calm enough in these moments, clear enough and have a good enough overview, then you can use that and overplay that, and outplay that.

“Then you have more space than in other moments.

“Yes, you have to create from different angles on the pitch because again the system they play is clear. How can you get between the lines, how can you break lines: that’s very important.

“So, there are a few proper football questions but we had now a full week to prepare for it as well, so hopefully we can see that.” 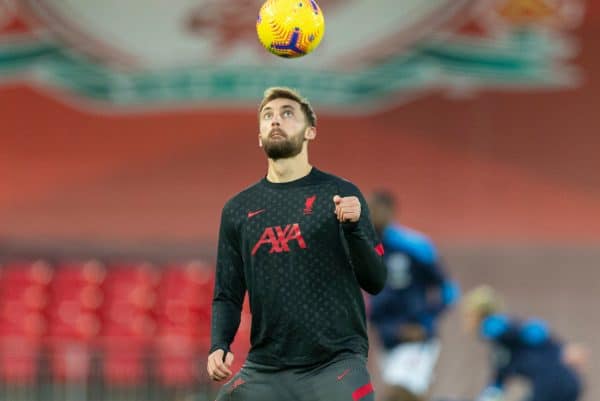 For some reason, despite having named him in his starting lineup at Man United, Klopp was asked whether Nat Phillips was fit to feature – with the obvious answer being yes.

But he was less optimistic over Jordan Henderson‘s fitness, with the captain yet to return to full training, while he revealed Liverpool are contending with “a few bumps and bruises” ahead of Saturday.

“The injury situation, nothing really new,” he explained.

“We have a few bumps and bruises. We have to make late decisions on a few positions until tomorrow.

“While we’re sitting here Hendo is running outside. Nothing else, not in team training yet and that’s it pretty much.”