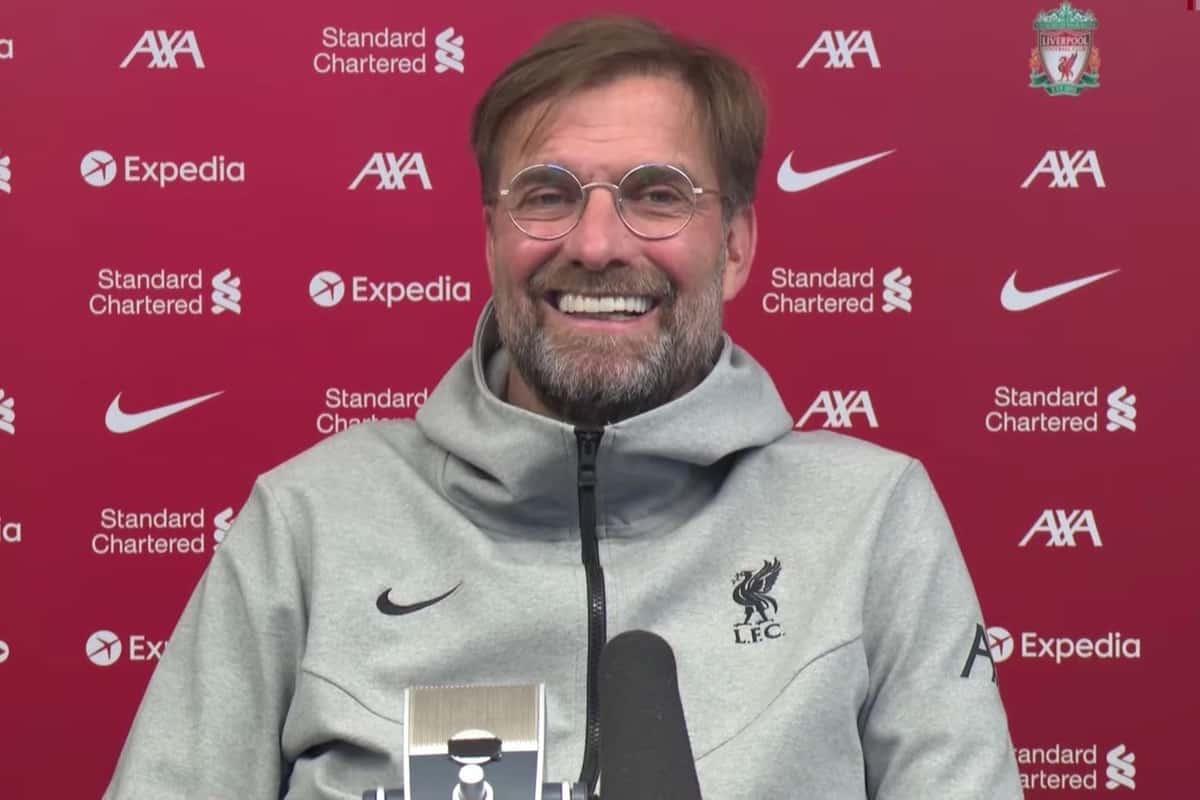 Jurgen Klopp has described Liverpool’s trip to West Brom as “a tricky one,” as the relegated side are free to “just play football” knowing their Premier League fate is sealed.

The Reds took a big step towards clinching a place in the top four with a 4-2 win at Man United, but know there is still a lot to do as they prepare to face West Brom, Burnley and Crystal Palace.

West Brom‘s relegation is now confirmed, which in turn has left Burnley and Palace with little to play for, and that could see the trio described as ‘already on the beach’.

However, Klopp sees it differently, as he told reporters on Friday: “Our last three games are really tough, from different points of view.

“I really have to say, what Sam did again at West Brom deserves all respect.

“Not only that they got points – OK, not enough now, we have to say – but the way that they played was completely different, made brilliant signings, how he always does.

“So they were really good when they fought for [their place], and I know when all the pressure is off because it’s now decided they will not stay in the league, then that can give you some good feelings to express yourself and just play football.

“That can lead to everything, so we have to be really focused, prepared and strong to make our things happen. It’s a tricky one.”

Klopp was also asked about Liverpool’s position in the top-four race, which has been presented to them almost out of nowhere due to West Ham, Leicester and Chelsea‘s results going their way.

“Our season is defined by all the games, [but] these three games can give an extremely positive outcome. We know that,” he said.

“I said it last night, most of the teams in the world fight the whole year for it, to be in a position that three matchdays before the end they have it in their own hands to go to the Champions League.

“We are one of them, so as much as the season was full of different challenges and problems, we are in that situation all of a sudden.

“That’s good, so yes it’s positive, but we don’t now make the second step before the first.

“We played last night, we recover now, we are fully focused on West Brom and then we will see what will be the outcome there.

“But yes, if we could make it that would be really good.”