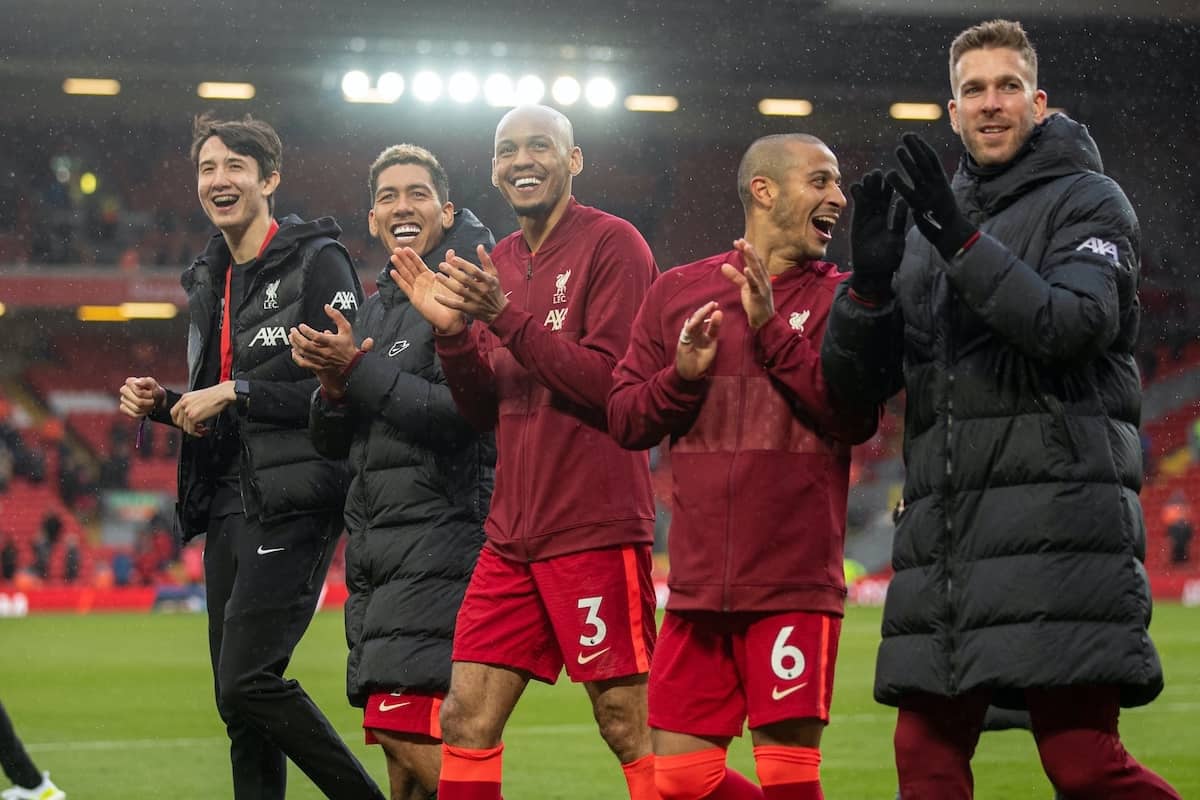 Liverpool finished the Premier League campaign with a 2-0 victory over Crystal Palace to end up in third, and took in a lap of appreciation in front of 10,000 supporters.

The Reds ended the season with a much-needed win at Anfield, which was their fifth in a row as part of a 10-game unbeaten streak.

Finishing above Chelsea and Leicester – who both lost on Sunday – is a big achievement for a side dogged by injuries to key players throughout, and now they can plan for next season in the Champions League.

It was a fitting occasion as 10,000 fans were back in Anfield on the day, which is the highest attendance since March 2020 and the first time supporters have been permitted into the stadium since December 27.

Having sealed their ideal end to the season, Jurgen Klopp and his players took in a lap of appreciation, as they welcome their lifeblood back.

That came following a guard of honour for the departing duo of Graham Carter, kitman of 35 years, and Gini Wijnaldum, who was captain on the afternoon.

Among those walking the outside of the pitch to applaud the fans were Virgil van Dijk and Joe Gomez, both nearing their return from injury, along with other lesser-spotted figures such as Ben Davies and Marcelo Pitaluga.

Liverpool were given a brilliant reception from those in the stadium, and Klopp rewarded them with a trademark fistpump.

Klopp and his players can now enjoy a short break before turning the focus to the next season, though many will also be taking part in international tournaments, with the Euros, Copa America and Olympics all to come.