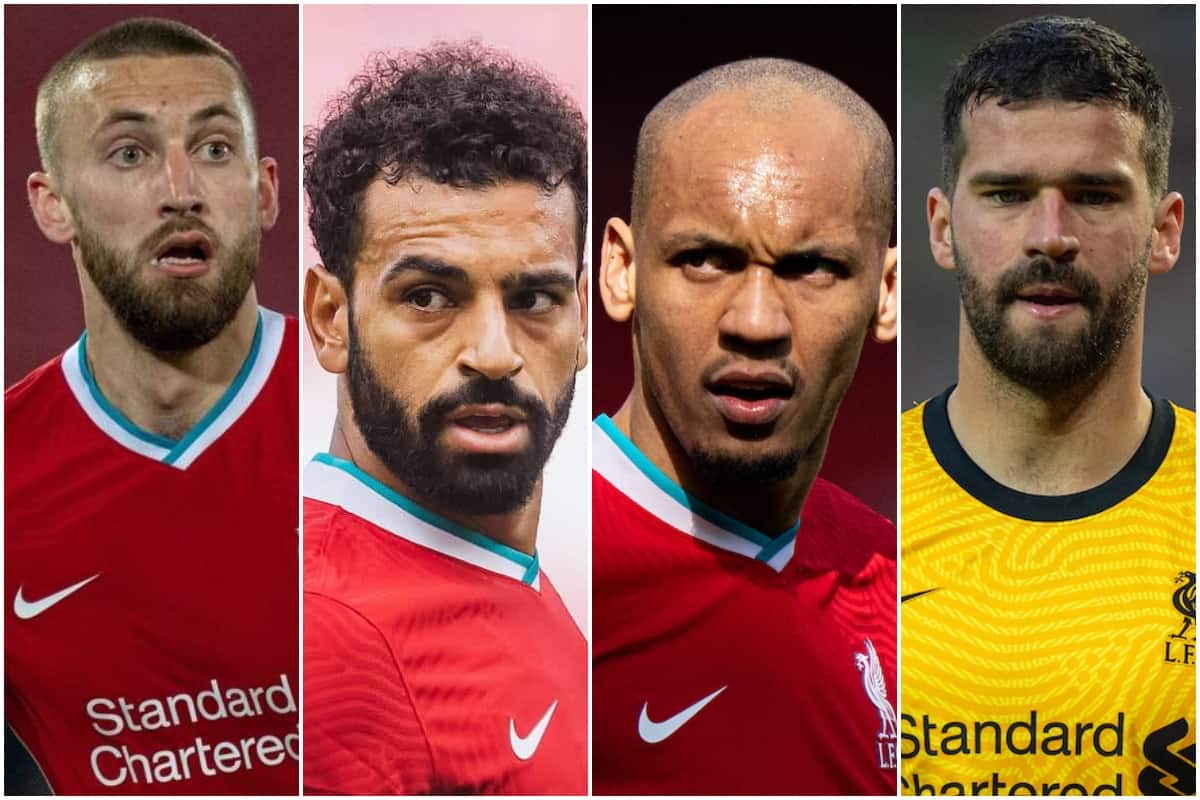 Liverpool’s season was one of hardship, but there were still performances on show to applaud throughout the squad. Begging the question of who is the Player of the Season?

In recent years it has been hard to separate one of Jurgen Klopp‘s men from another such has been the consistent brilliance, but this campaign was a little different.

Injury for one made it impossible for some, while consistency and form across the board suffered as a result.

But while it has not been the most enjoyable of seasons in recent memory, there were a number of standout players who would be more than worthy winners of the Player of the Season.

Klopp utilised 34 different players in all competitions in 2020/21, but who stood out from the rest in the eyes of the fans? Well, here’s what six Reds had to say.

The way Salah maintained his world-class level throughout the season was mightily impressive. It was probably his second-best campaign in a red shirt. But let’s throw Fabinho‘s name into the conversation.

Liverpool won every single game (!) he started as a DM in 2021. His importance to the team was clearer than ever, and honestly, the positional reset may well have been the defining moment in our season.

When you then consider Fabinho‘s excellent performances as a makeshift centre-back when we hoovered up the points pre-Christmas, you have a compelling case. 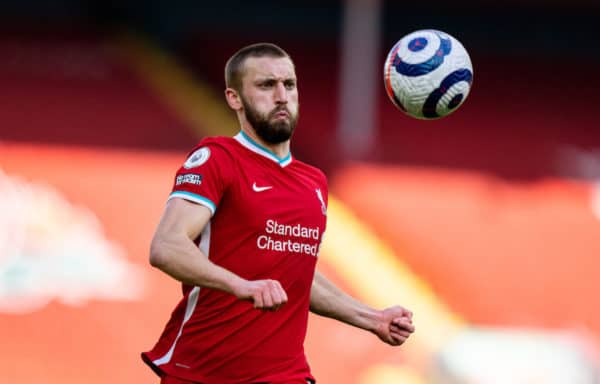 While it is hard to go past Liverpool’s Egyptian King as the player of the year, I have chosen a Red who has played only 17 games.

In a normal year, he probably would not have featured in any Premier League matches at all, but unusual times call for unusual characters: I have gone with big Nat Phillips.

Despite playing so few games, he comprehensively leads Liverpool in aerial battles won, while also leading clearances, and was even ranked as the number one most in-form player on WhoScored.com leading into the final game of the year.

He might be out of the team next year but Phillips is my choice, not just because of how unexpected his role has been, but because without him the third-place finish which has now been secured would have receded away months ago into the realm of forlorn hopes and lost dreams.

Like many of his teammates, Alisson endured a rough patch of form that saw him make some uncharacteristically poor decisions but he came out on the other side to prove instrumental in the season finish.

He was still decisive when we needed him most and in a year of personal tragedy, he has proved incredibly resilient.

The obvious key moment was scoring a headed winner that any top striker would be proud of, but equal to that he was a pillar of strength in the final 10 games as he patrolled his goal-line with renewed authority.

Perhaps not the clear and obvious choice for the gong, but he’s a player who you’d question where we’d be without him such has been his influence.

It’s Mo Salah by a mile, for me. This has been a horrible season, and while no big players have hit their absolute peak form, he has been the closest.

To have 31 goals in a struggling team is incredible and you wonder where Liverpool would be without him.

Has he been perfect? No. Some of his finishing has been poor, as was the case against Burnley, but he has been a leader and shown how much he cares about the club.

One of the most underrated players of all time.

For me, there are a few players that are in with a shout: Phillips, for how well he took on the role of our main centre back; Fabinho for proving once more he’s the best number six in the world (and not a bad centre back either!); and Alisson for his countless saves that have earned us as many wins as a striker’s goals.

But it is those goals that speak volumes, and for me, the player of the season has to be Mohamed Salah. From minute one he’s been top class once again for the Reds, and the notion that he’s had a season of poor form but still scored more than 30 goals is ludicrous.

He’s been a threat in every sense of the word going forward and has regularly carried the fight for Klopp’s team when the chips were down.

His goals are the most eye-catching and obvious performance indicator to point to, but his commitment, endeavour and all-around play have been spectacular once more this season. Drink it in while you can because this man is one of our all-time greats.

In a freak season where everything conspired against Liverpool, the only thing they could rely on was Salah.

The Egyptian had already secured legendary status but in firing us to a top-four finish, against all the odds, he has proven he is truly elite.

In a campaign derailed with injuries, the forward’s availability has been every bit as valuable as his goals. At our lowest ebb, he vowed to drag us back into contention and delivered on that promise. More than a goal scorer he has emerged as a leader and thrived on that responsibility.

While the likes of Diogo Jota and Phillips deserve honorary mentions, Salah is unquestionably our player of the season. Indeed you dread to think where we’d be without him!

Let us know below who gets your vote for Player of the Season!