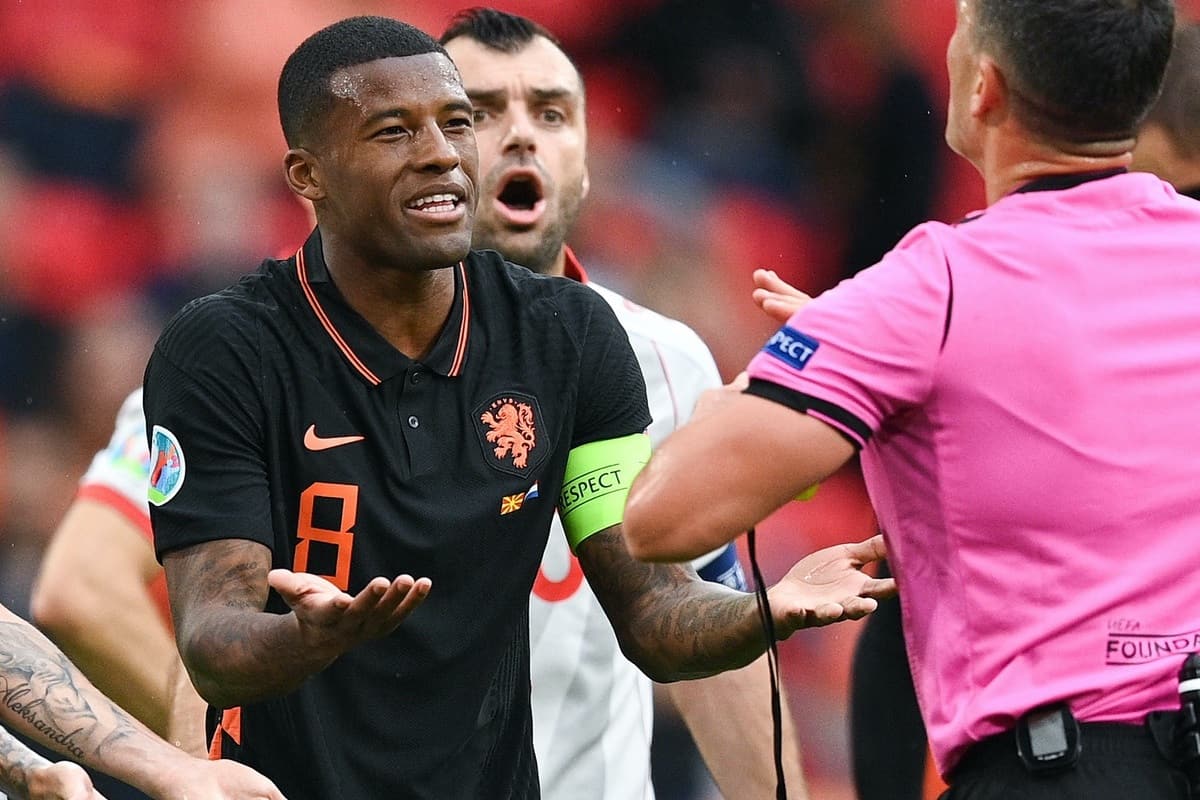 Gini Wijnaldum has earned rave reviews given the freedom of the No. 10 role for the Netherlands, but Sunday’s 2-0 loss to the Czech Republic showed its limitations.

Wijnaldum will officially leave Liverpool on the expiry of his contract on Thursday, but it has been long since known that the 30-year-old would depart on a free transfer.

He is set to join Paris Saint-Germain in Ligue 1, and debate has rolled on regarding his possible role in the French capital – whether he will be given more attacking license or retained as a “controlling midfielder.”

That is how Jurgen Klopp described him upon the announcement of his exit from Anfield, with Wijnaldum perceived to have sacrificed his attacking ideals for the success of his team.

Throughout his time as a conservative, press-resistant midfielder for Liverpool, Wijnaldum was still deployed as a No. 10 when on international duty.

Prior to Sunday’s last-16 clash with the Czech Republic, he had scored 15 goals in his last 25 games for the Netherlands, including three in the group stage of the Euros.

But the problem with fielding a player of Wijnaldum’s all-round quality in such an advanced position was laid clear as he was suffocated throughout a 2-0 defeat by the Czech midfield.

Incredibly, according to Opta, the former Liverpool No. 5 completed only 10 passes in his 90 minutes on the pitch:

10 – Georginio Wijnaldum completed just 10 passes across 90 minutes vs Czech Republic, the fewest by a Dutch outfield player to play the full game in a Euros knockout round in recorded history (since 1980). Nullified. #NED #CZE #NEDCZE #Euro2020 pic.twitter.com/5qq9NzMwLT

The Netherlands’ deep-lying midfielders Marten de Roon (28) and Frenkie de Jong (46) completed significantly more passes than Wijnaldum on a frustrating night, with the possession split slightly in their favour at 51.7 percent.

Frank de Boer’s side struggled to control proceedings despite opting to sit back and counter for much of the game, with Wijnaldum arguably wasted in his role.

Speaking to NOS after the game, Wijnaldum described the loss as an “off day” for the Netherlands, admitting that “after the first goal we had trouble keeping the ball.”

That wasn’t aided by Matthijs de Ligt’s red card 13 minutes before Tomas Holes’ opener, but there were clear flaws in the Dutch approach prior to that, having been heavy favourites to progress to the quarter-finals.

Was Klopp right all along when it came to fielding Wijnaldum as the ‘controller’ rather than the ‘attacker’? On this evidence, he may well have been.