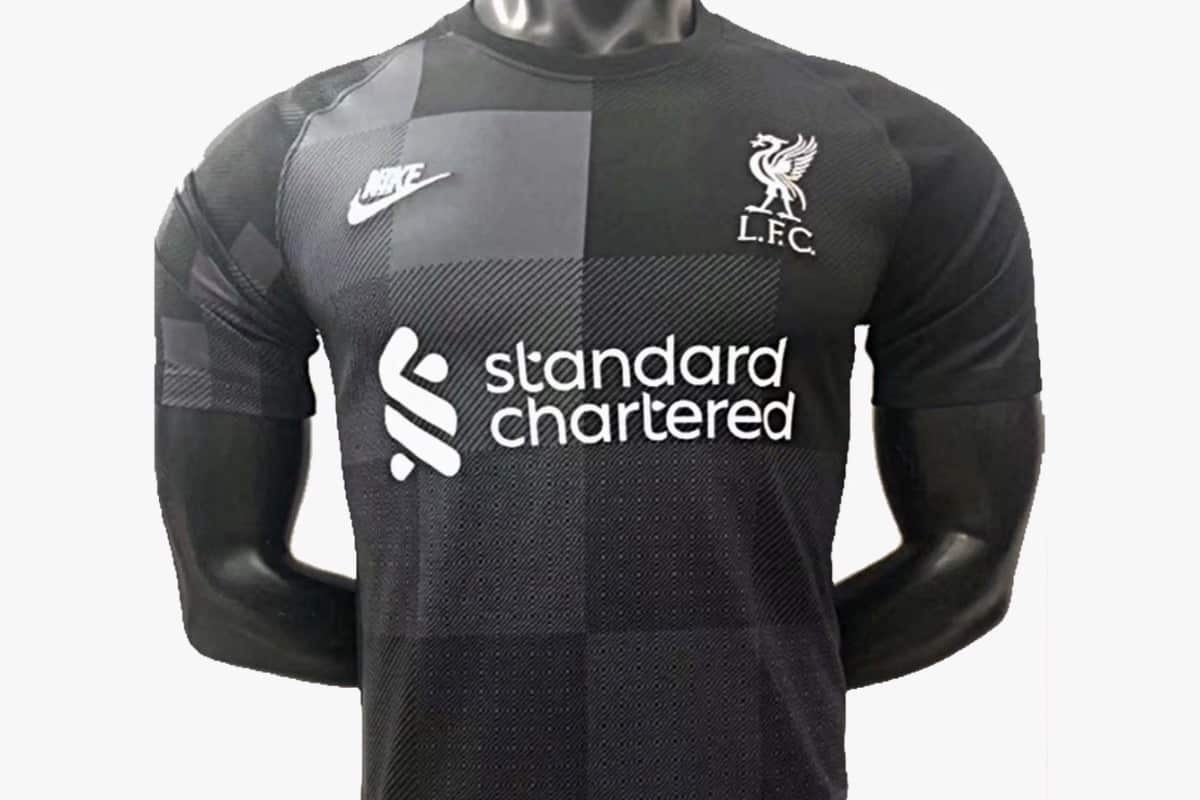 Another new Liverpool kit for the 2021/22 campaign has now leaked, this time a black goalkeeper top that Alisson, Caoimhin Kelleher and Adrian will wear next season.

In terms of outfield players, the Reds’ home, away and third kits have all been either officially unveiled or unofficially leaked ahead of the new campaign.

At Anfield, Jurgen Klopp‘s side will – obviously – wear red, while away from home a throwback ecru design will be on show, with yellow to be worn as the alternate option.

For the goalkeepers, a green patchwork design has been released as part of the home kit, while the reliable Footy Headlines has now leaked Alisson‘s shirt to go with the third kit.

It is strikingly similar to the home shirt, with Nike employing a template for their goalkeeper designs again, but this time it is black and grey patchwork.

The applications, including the LFC badge, the new Standard Chartered sponsor and the Nike Futura logo, are white.

Liverpool’s third kit is set to be released in September, with the away kit due for its unveiling next month ahead of the start of pre-season.

Nike’s latest leak means that the away goalkeeper kit is the only as-yet-unknown design for 2021/22, though it will be the same template as the home and third kits.

Klopp’s goalkeeping ranks are believed to be set for the new campaign, with Adrian having committed his future to the club with a new two-year contract, having entered the final month of his previous deal.

Alisson is due for talks over an extension upon his return from Copa America, while Kelleher is also expected to be rewarded with fresh terms after establishing himself as No. 2.