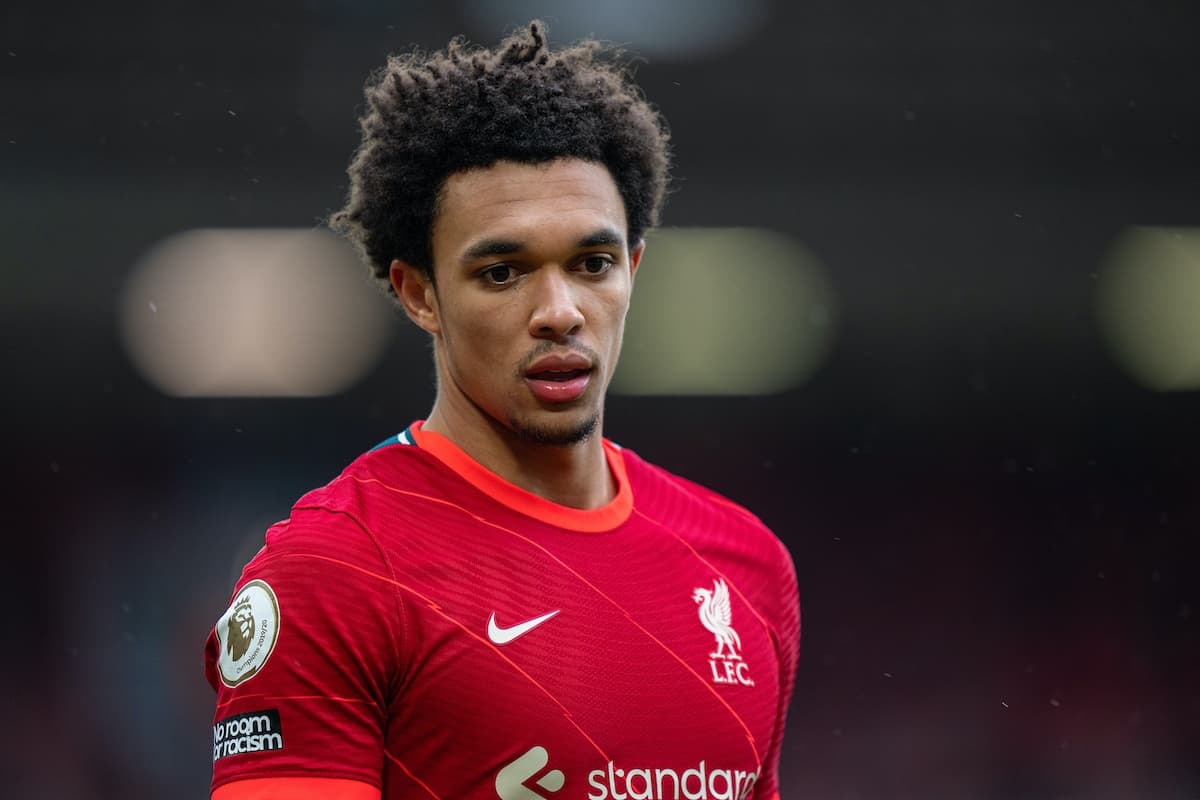 If Trent Alexander-Arnold‘s 2020/21 season threatened to be a poor one, he salvaged it with a show of character late on that seemingly earned his England call.

Imagine being a 21-year-old who has already won the Premier League and Champions League at his boyhood club – it’s the stuff of fairytales.

That’s the position Alexander-Arnold found himself in last summer, with his career yet to experience a genuine blip.

What unfolded in the 10 months or so after Liverpool lifted the trophy tested the youngster’s mental strength to the max, though.

He came through it in style, showing precisely why he is the natural heir to his childhood hero, Steven Gerrard. 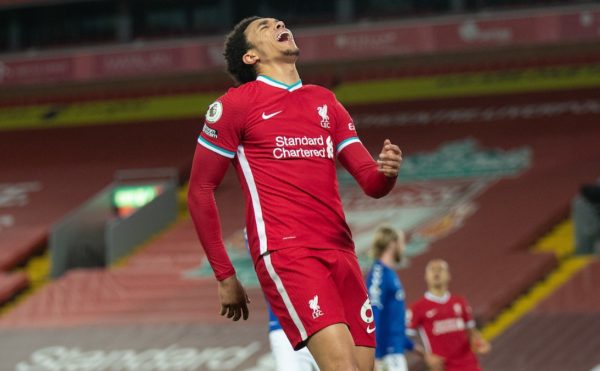 Much like Liverpool as a team, it appeared to be business as usual for Alexander-Arnold in those early weeks of 2020/21.

The Reds won their opening three league matches, the right-back picked up an assist in the 3-1 win at home to Arsenal and there didn’t appear to be any issues.

In hindsight, some good early performances from Alexander-Arnold were merely papering over the cracks, when in truth, he was far from his best.

Compared to most mere mortals, the 22-year-old was still throwing in solid displays, but it speaks volumes that his next assist in the league didn’t arrive until a week before Christmas.

The Alexander-Arnold on show throughout the autumn and winter was a far cry from the elite full-back seen in previous years – someone redefining his role and making his position fashionable.

It transpired that he had not only suffered a pre-season injury that affected his preparation for the new campaign, but he also contracted COVID-19.

A woeful outing away to Southampton followed, and at a time when Liverpool were falling off a cliff, few were struggling like Alexander-Arnold.

The energy wasn’t there, his end product was lacking, and defensively, it appeared as though opponents were targeting him.

Alexander-Arnold then suffered a further blow with the news that Gareth Southgate had dropped him from his England squad in March, admitting the player’s performances simply hadn’t been up to scratch.

He is a born winner, not to mention a bad loser (in a good way), and while some would have sunk deeper into the mire after such a setback, he showed what a special footballer he is.

There is no doubt that Liverpool’s season was a disappointing one – they failed to defend the title, after all – but it was rescued by an unlikely 10-game run at the end.

That victory-laden spell that amassed 26 points saw Alexander-Arnold stand out as arguably the star man, along with Thiago and Mohamed Salah.

Seemingly driven by his England axing, he was magnificent as Liverpool sealed Champions League football, showing off his unique levels of technical ability.

Where the assists were sparse earlier in the campaign, Alexander-Arnold chipped in with four in the last 10 games, also scoring a Gerrard-like winner in stoppage time at home to Aston Villa.

This wasn’t just a player excelling in terms of quality, however.

He drove Liverpool through matches and showed a level of leadership that suggests he could eventually replace Jordan Henderson as skipper.

When the chips were down, he didn’t shirk responsibility, delivering an immaculate corner for Alisson to dramatically score at West Brom, for example. 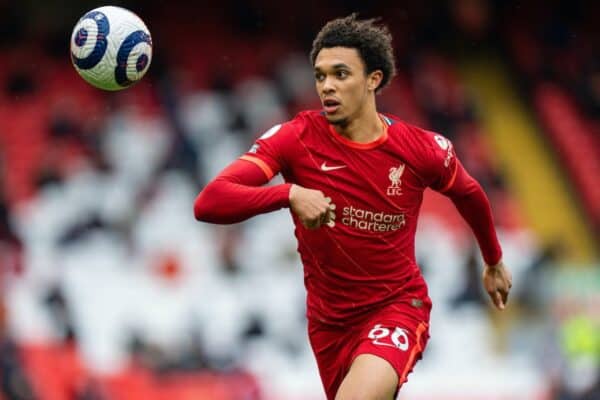 By the time the final-day win over Crystal Palace has been sealed, Alexander-Arnold’s earlier troubles had long been forgotten.

At 22, he can be forgiven for a slump – Gerrard experienced exactly that back in 2002 – and the way he bounced back was a reminder of why he is so revered.

That looks to have regained the trust of Southgate, who opted to select Alexander-Arnold for his Euros squad, despite the competition of Kyle Walker, Kieran Trippier and Reece James.

It is a decision befitting his form, and the hope will be that he returns boosted from his experience at the tournament.

Alexander-Arnold would have at least been well-rested if he had been overlooked, but Jurgen Klopp should be looking to harness the fire he showed to reclaim his place.

There are a handful of players that are indispensable to Klopp and Alexander-Arnold is unquestionably one of them.

In terms of his age, quality and all-round contribution, he is surely one of the most valuable footballers in the world at the moment.

With his peak years still hopefully way out in front of him, the sky really is the limit for Alexander-Arnold, who can forge a career that even Gerrard would be proud of.

If Liverpool are to win back their Premier League crown in 2021/22, and push for a seventh European Cup, his input will again need to be great.

Alexander-Arnold is the best right-back in the world, and even if Southgate had his doubts, Klopp certainly doesn’t.

Best moment: The late winner at home to Aston Villa

Worst moment: A hapless showing away to Southampton