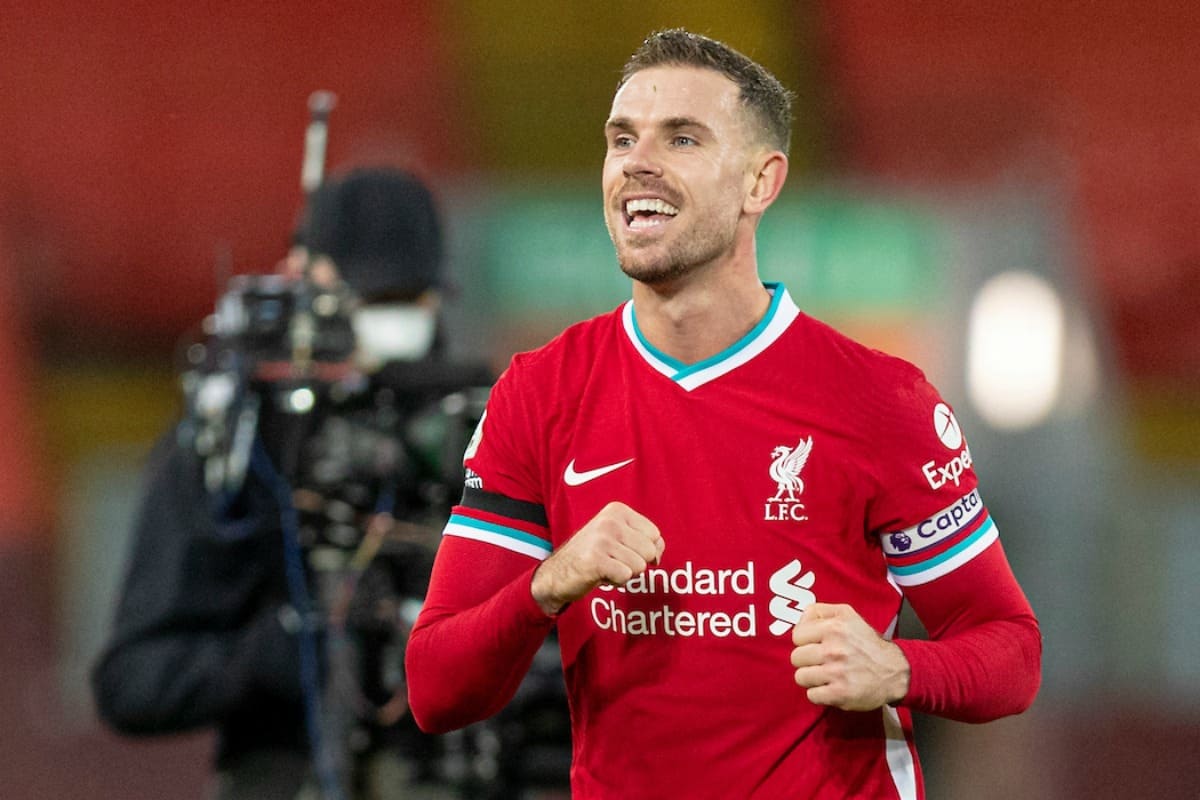 Liverpool captain Jordan Henderson has been awarded an MBE for his services to charity.

The announcement on Friday evening was part of the Queen’s birthday honours, with Henderson being joined by England teammate Raheem Sterling in receiving an MBE – Sterling being for services to racial equality in sport.

Henderson played a key role in setting up an initiative for players in the early weeks of the pandemic to support the NHS, later becoming an ambassador for the NHS Charities Together organisation.

On receiving the MBE, Henderson showed typical humility, saying: “My family and I feel greatly humbled to be recognised in this way, more so given the reason for it.

“There are many privileges that come from playing professional football, but having a platform to promote a charitable cause such as Players Together and NHS Charities Together is as big a privilege as any.

“It’s important for me to state that although the honour has been issued to me personally, the credit must be shared to a far larger group of people and I accept this in the knowledge I was part of something special, rather than the reason for it.

“The other Premier League captains were the catalyst and the rest of the players, including my own teammates at Liverpool, were a driving force behind the scenes. Huge numbers of football fans from across the country also displayed great generosity in donating.

“But the true heroes are the NHS staff; they put themselves in harm’s way to serve and protect us.

“Therefore I dedicate this to all the nurses, doctors, carers, porters, admin workers, cleaners, security personnel and every single individual who devotes their career and their lives to making the NHS the part of British life we are rightly most proud of as a nation.”

Henderson follows Steven Gerrard in a list of Liverpool captains receiving an MBE, with Gerrard receiving his in 2012.