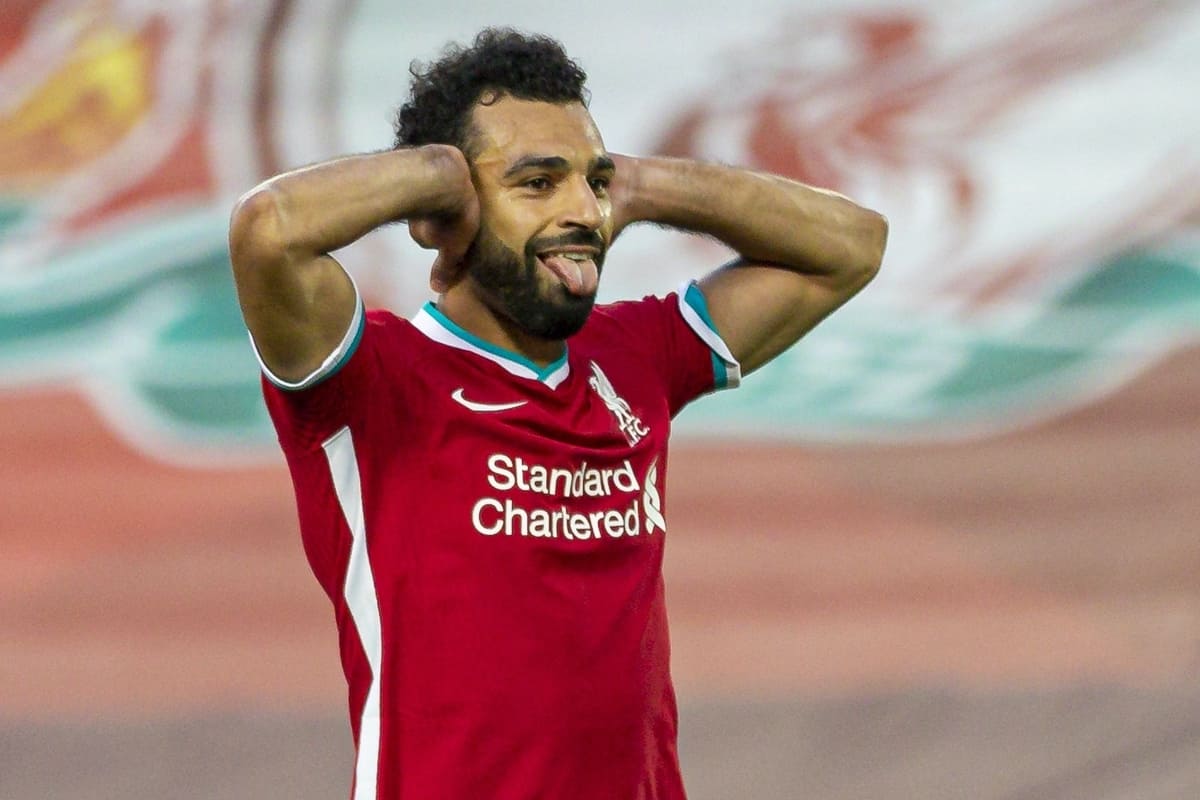 Mohamed Salah was a figure of consistency for Liverpool in what was a turbulent season, with his 22 Premier League goals going a long way in pushing the Reds to a top-three finish.

And the No. 11 has been rewarded for his efforts with the PFA Fans’ Player of the Year award, worthy recognition for a player many rightly feel remains underappreciated.

Salah scored 22 goals and set up a further five in the Premier League in 2020/21, a tally which took his total season contribution to 31 goals and six assists across 51 appearances.

It was the fourth successive season he has amassed more than 20 goals across all competitions as he moved into 12th-place in Liverpool’s all-time goalscorers list with 125.

Salah would miss out the top-flight Golden Boot to Harry Kane by a single goal but would emerge as the fan favourite for the PFA gong over the Spurs captain, Patrick Bamford, Ollie Watkins, Bruno Fernandes and Kevin de Bruyne.

The Egyptian couples his latest award with his place in the PFA Team of the Year, for only the second time, in what proved to be an influential campaign.

And he follows in the footsteps of Sadio Mane who received the honour of PFA Fans’ Player of the Year in the title-winning season, which provides a nod to the high regard Salah is held in by many.

A new contract is expected to be in the reckoning for the 28-year-old and it would be nothing short of what he deserves as he continues to back up his credentials year after year.