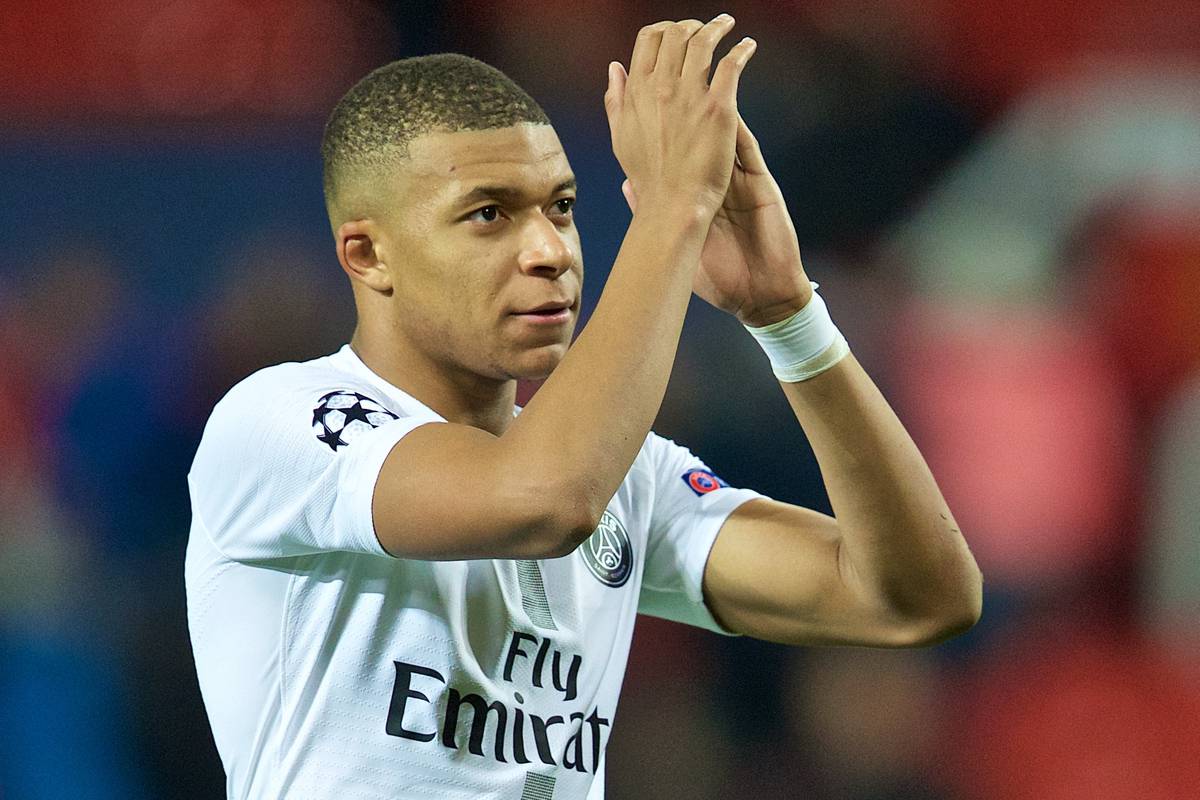 PSG president Nasser Al-Khelaifi has insisted that Kylian Mbappe “will never leave” the club, even on a free transfer, but that has not stopped speculation from Liverpool.

Mbappe has been on the Reds’ radar since before his €180 million move from Monaco, with interest first reported at the start of 2016, before a meeting with Jurgen Klopp.

The 22-year-old has been continually linked with Liverpool despite his star rising to generational status in Paris, having scored 132 goals and assisted 61 in 171 games for PSG, as well as winning the World Cup with France.

It has been claimed that Anfield is one of two destinations that most appeal to Mbappe were he to leave his current club, with Real Madrid the other possible destination.

But in an interview with L’Equipe, Al-Khelaifi has vowed that his No. 7 “will never leave,” even rejecting the prospect of a free transfer when his contract expires in 2022.

“We’re never going to sell him and he’ll never leave for free,” he said.

Al-Khelaifi claimed that talks over an extension to Mbappe’s deal are “progressing well,” stressing that “he has a mission…to promote Ligue 1, his country and his capital.”

The PSG president went on: “He has everything he needs to extend here. Where can he go? Which club in terms of ambition and project can compete with PSG today?”

Reports have seemingly positioned Liverpool and Real as the two clubs he could realistically join, and it is certainly questionable whether PSG’s “project” can compete with other big sides in Europe.

There is a big roadblock in their case given they operate in a league with a much lower reputation than the likes of the Premier League, LaLiga, the Bundesliga and even Serie A.

PSG do appear to be edging closer to glory in the Champions League, having recorded a semi-final finish last season, but they did not even win Ligue 1, with Lille emerging as champions.

If Mbappe does leave for a chance to compete for the Premier League title, for example, football finance writer Mo Chatra believes Liverpool could afford the deal.

Lots of discussion within LFC Twitter recently about why Liverpool might or might not make a move for Kylian Mbappe. Some fans think the club, with the current ownership and operating model, would never make such a deal materialise. Others feel it can be done.

Chatra assesses that Mbappe “could probably be snapped up for somewhere between £100m-£120m this summer,” and that “this fee could be split over multiple instalments” or “a third party funder could be introduced to complete the deal.”

“Safe in the knowledge Champions League income is guaranteed for another year, financing the transfer fee would not be an insurmountable challenge for [Liverpool],” he adds.

The deal is not “unaffordable” to the Reds, but Chatra does question whether they would be willing to break their wage structure to bring him in, even though “it would be feasible” that a salary as high as £600,000 a week could be bankrolled.

“If Mbappe joining Liverpool never happens (despite him fluttering his eyelids at the club for a couple of years now), it won’t be because he is literally unaffordable,” he concludes.

“It will be because he stays at PSG, joins another top club, LFC decide the money needed for the total Mbappe deal (i.e. transfer fee, wages, agents’ fees, etc.) could be more effectively used elsewhere and/or the club would be unwilling to make an exception to its wage structure.”

Given this context, it seems unlikely that Liverpool would sign Mbappe, and if they are shopping at the ‘generational’ end the likes of Jadon Sancho and Erling Haaland would be more reasonable.

But the suggestion is that a deal for PSG’s No. 7 is not impossible, despite Al-Khelaifi’s protest.