Liverpool are currently on their off-season break, but pre-season is around the corner and plans are in place for training camps and friendlies for Jurgen Klopp‘s squad.

The Reds ended the 2020/21 campaign in fine form, going unbeaten in their final 10 games to seal a third-place finish in the Premier League.

It was a positive end to a difficult season, with a nightmare run of injuries seeing their title hopes fade and a Champions League push end in the quarter-finals.

International football will now dominate the summer, but Klopp and his players are less than a month away from the start of pre-season, as preparations for 2021/22 begin.

So what do Liverpool have planned? Here’s everything we know so far.

When are they back?

Klopp has pencilled in a July 12 start date at Liverpool’s new training ground at Kirkby, with this the first pre-season the senior squad will take in at the £50 million facility.

However, the manager will be missing a number of his players due to involvement at the Euros and Copa America, while plans could be interrupted further by the Olympics.

A break of at least three weeks will be afforded to those on international duty following their exit from the respective tournaments.

Who will be involved? 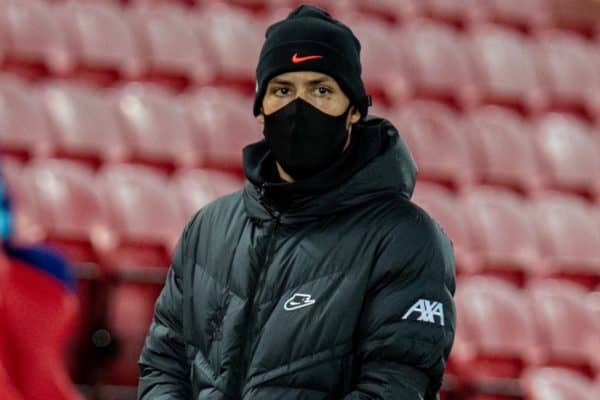 Liverpool hope to have Virgil van Dijk, Joe Gomez, Joel Matip and Trent Alexander-Arnold all back from injury for the first day of pre-season, while new signing Ibrahima Konate should also be part of the squad.

Returning loanees such as Harvey Elliott, Marko Grujic and Takumi Minamino are expected to join them.

Will there be a tour?

No. Liverpool have no plans for a lucrative pre-season tour due to the ongoing pandemic.

Instead, Klopp intends to take his squad on a training camp in either the south of France or Austria, with there a possibility that the Reds return to both Evian and Saalfelden.

A short trip from Evian across to Geneva could also be planned.

Do Liverpool have any friendlies planned?

As it stands, there are no confirmed fixtures as part of Liverpool’s pre-season schedule, with plans subject to change due to COVID-19.

However, managing director Andy Hughes has confirmed the club will hold at least one friendly at Anfield, with 7,800 rail seats being installed in the Anfield Road stand and the back of Kop in time for pre-season.

This Is Anfield understands plans are in place to play Steven Gerrard’s Rangers at Anfield towards the end of July, while Osasuna hope to travel to Merseyside for a tribute friendly for the late Michael Robinson at the start of August.

Lyon president Jean-Michel Aulas has also held talks with the club over a Gerard Houllier Trophy game, which could be held at Anfield, in France or perhaps even Geneva, where the two sides met in 2019.

Liverpool will also look to organise a series of domestic friendlies, with Tranmere, Blackpool and Blackburn likely opposition.