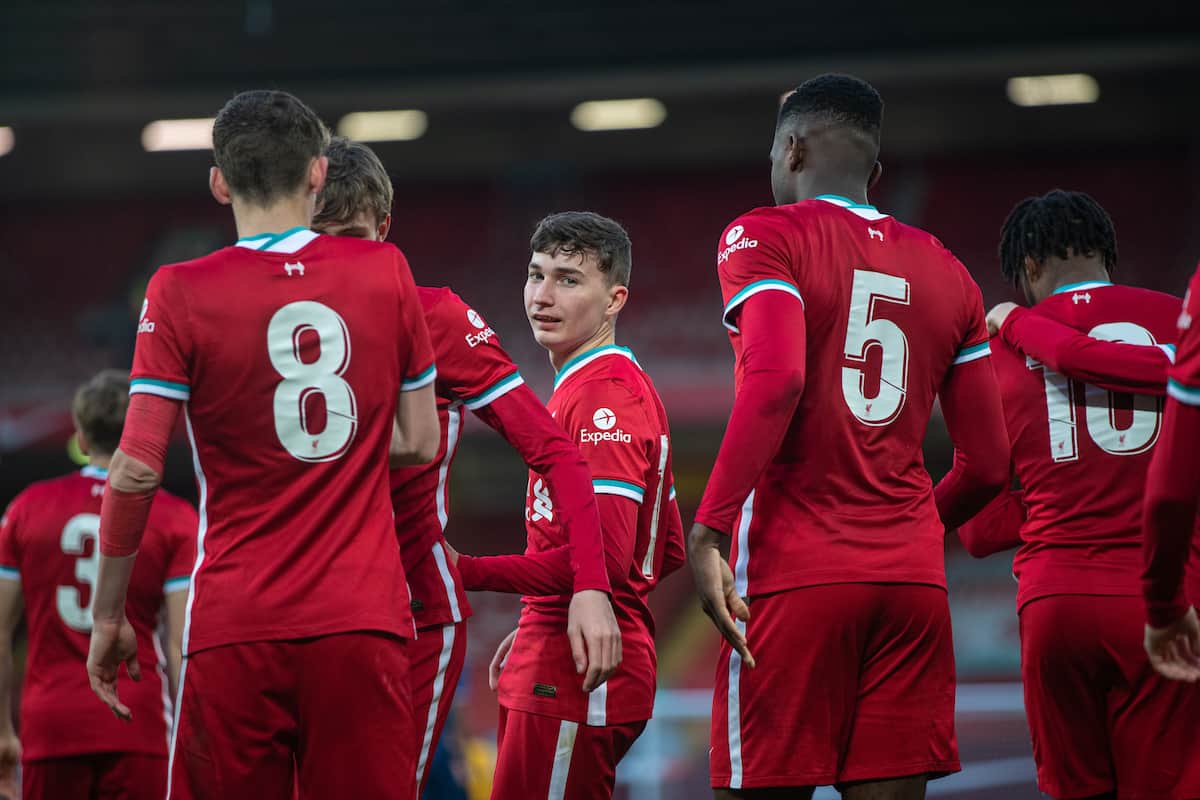 It’s that time of the year where the foundations for the season ahead are laid and eight Liverpool youngsters have hit the ground running ahead of their training camp in Austria.

Jurgen Klopp will see his team reassemble on Monday, six weeks after the 2020/21 season drew to a close at Anfield with a win that sealed a third-place finish.

The manager will be without a host of senior figures due to their international exploits throughout the summer, but as ever he will be casting an eye on the next generation of stars.

A total of 11 academy members were named in the 34-man squad for day one of pre-season, which will immediately take place in Austria in what is a contrast to years gone by.

But while the majority of Klopp’s squad are soaking up their final few days of holiday, eight of the youngsters drafted into the first-team training squad have already got to work at Kirkby.

The eight-man contingent are due to meet up with Klopp’s squad in Austria on Monday but the session heralded the start of preparations for the season ahead for Liverpool’s under-18s and under-23s. 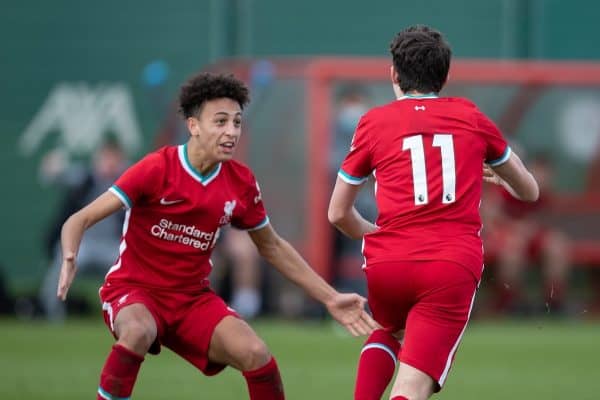 READ MORE: Quick guide to the 8 Liverpool youngsters on the plane to Austria

The summer comes off the back of a seventh and third-place league finish for the U23s and U18s respectively last season.

The senior call-up for members of the academy represents another nod to the development pathway at the club and that Klopp and co. continue to live up to the mantra that, “If you are good enough, you are old enough.”

And the youngsters can hope to see some minutes in Liverpool’s pre-season friendlies this month should they catch the eye.