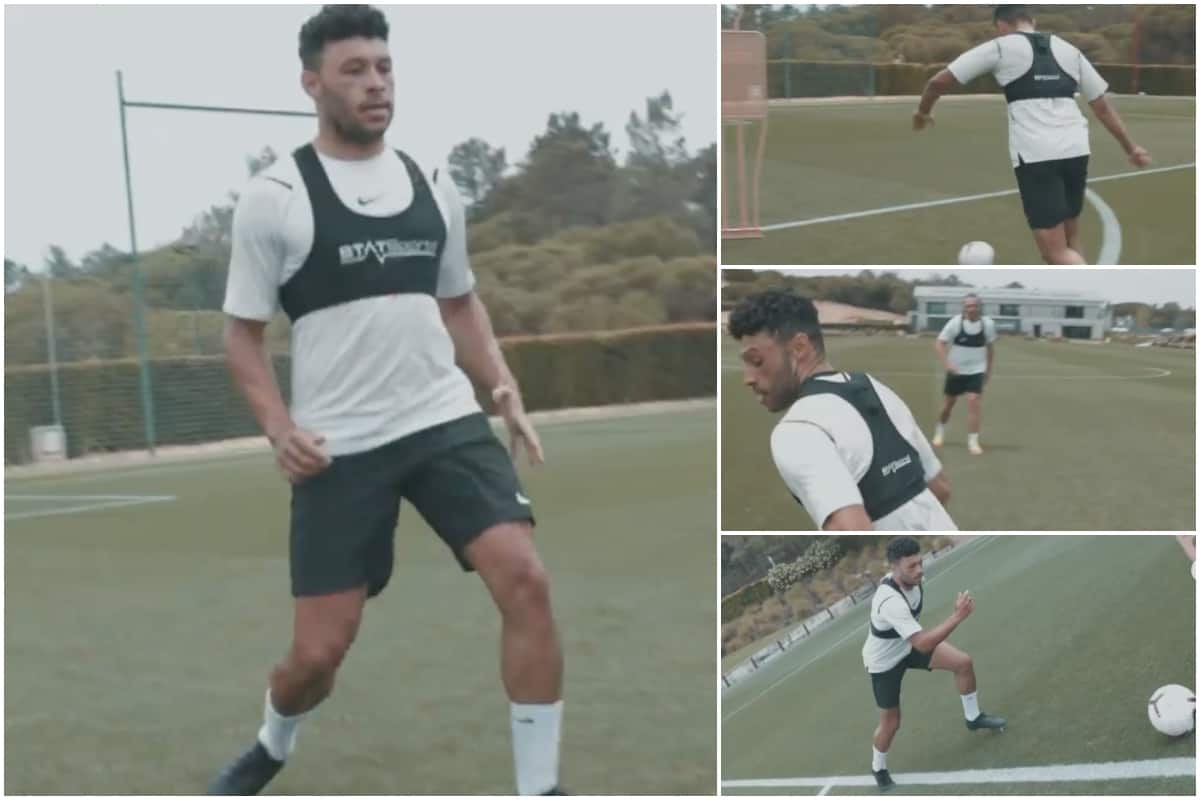 It may still be the summer break but Liverpool players are starting to gear up for a pre-season that starts in less than 11 days, and Alex Oxlade-Chamberlain is hitting rockets in Portugal.

It was another season on the periphery for the No. 15 after a knee injury last summer forced a delayed start and ultimately restricted him to just 286 minutes of action.

To his credit, he was more available to Jurgen Klopp than he was not, but injuries elsewhere led the manager to seek consistency in the XI where he could and thus opportunities were limited.

“Ox had really good moments and trains good in this moment I have to say, trains really well, that’s really good,” Klopp said earlier this year.

“Stability, that means that you don’t change these positions too often and in between the games. That’s it pretty much.”

But with no injury holding him back heading into the summer, Oxlade-Chamberlain is able to attack pre-season and look to put his name in the mix for the season ahead.

And he is the latest Red to enjoy some warm weather training at a high-performance campus in the idyllic Algarve, Portugal, where he showed off some of his rocket finishes on both his left and right foot on Instagram.

His post did invite comments from his Liverpool teammates, however, with Andy Robertson insistent “You were there all day!!”, while Rhys Williams and Curtis Jones both praised the “ridiculous” finishes.

It’s certainly an encouraging sight to see Oxlade-Chamberlain free of his past injuries and primed to be able to build a solid fitness foundation before 2021/22 rolls around.

He joins Virgil van Dijk, Joe Gomez and Marcelo Pitaluga to have spent time at the high-performance centre in Portugal this summer, alongside head of fitness Andreas Kornmayer, but now faces the prospect of quarantine on his return to the UK.

Currently, Portugal is on the amber list which requires a 10-day quarantine on return and with pre-season kicking off in just 11 days, Reds should be returning to Merseyside imminently.