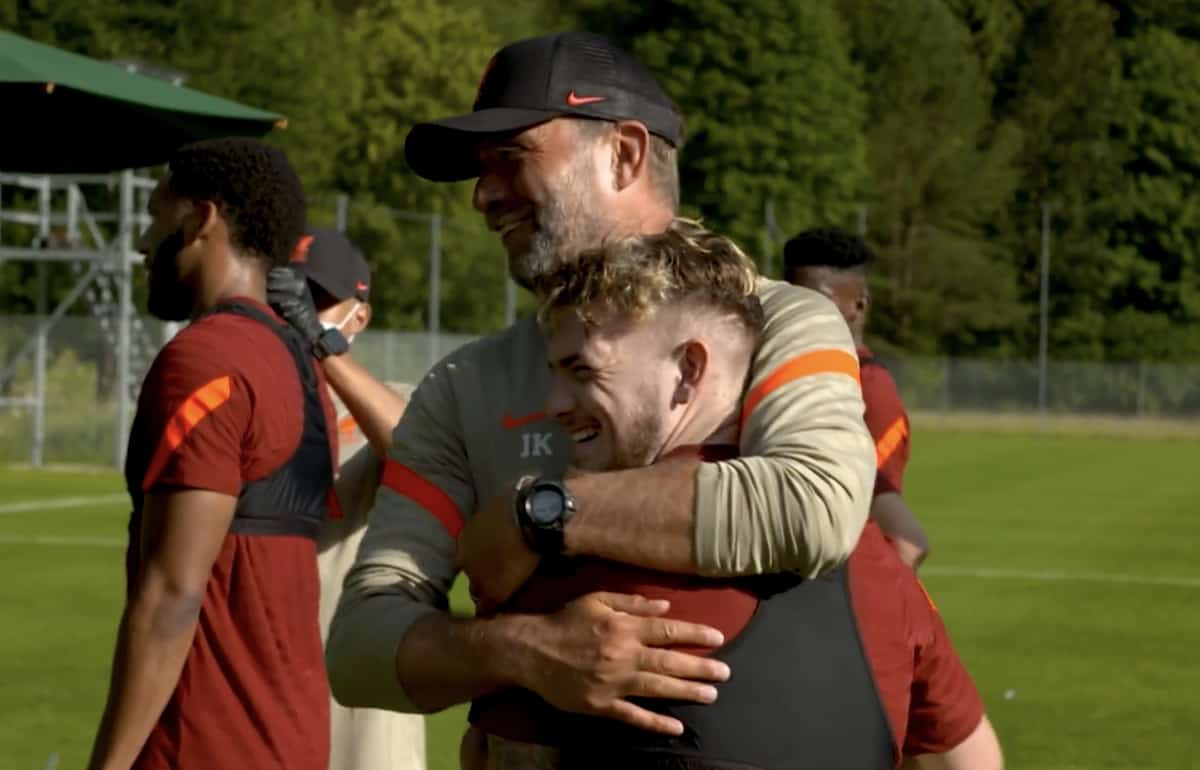 Harvey Elliott believes it is a “big season” for him at Liverpool, with there high hopes of the 18-year-old taking up a regular role as part of Jurgen Klopp‘s first team.

During a break in the Reds’ lactate test in Salzburg on Monday, Klopp made a beeline through Joe Gomez, Ibrahima Konate, Taiwo Awoniyi and Jake Cain, and towards Elliott.

The manager wasn’t wrong, either, after a season on loan with Blackburn that saw Elliott score seven goals and set up another 11 in 42 games, earning a nomination for EFL Young Player of the Season.

Liverpool have no plans of sending their No. 67 out on loan again, with Elliott instead targeting a place in the senior side – and being “confident” of doing so.

“I’m confident in myself, I feel like I can get in the team,” he told LFCTV.

“Whether it’s coming off the bench and making an impact [or starting], whatever it is, I’m confident in myself.

“That’s the main goal, just to be in and around the team, get minutes. 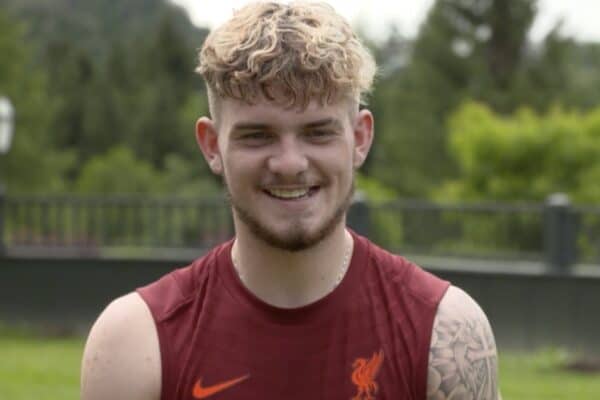 Elliott signed a new five-year deal with Liverpool upon his return from loan, underlining the club’s faith in a player who arrived from Fulham in 2019 with a promising reputation.

The youngster has never been short of confidence, but after his time at Blackburn he feels he is more capable of challenging for a spot with the Reds due to his new-found experience.

“I think I played 42 games last season and, for a youngster, that’s a lot of games,” he reflected.

“It’s going to be a big season for me this season, I’m looking forward to it. I’m going to take everything I learned from last season and put it into this season.

Elliott concluded: “It’s going to be hard, but in football you always have challenges, it’s just how you deal with it, how you rise above it and how you better yourself.