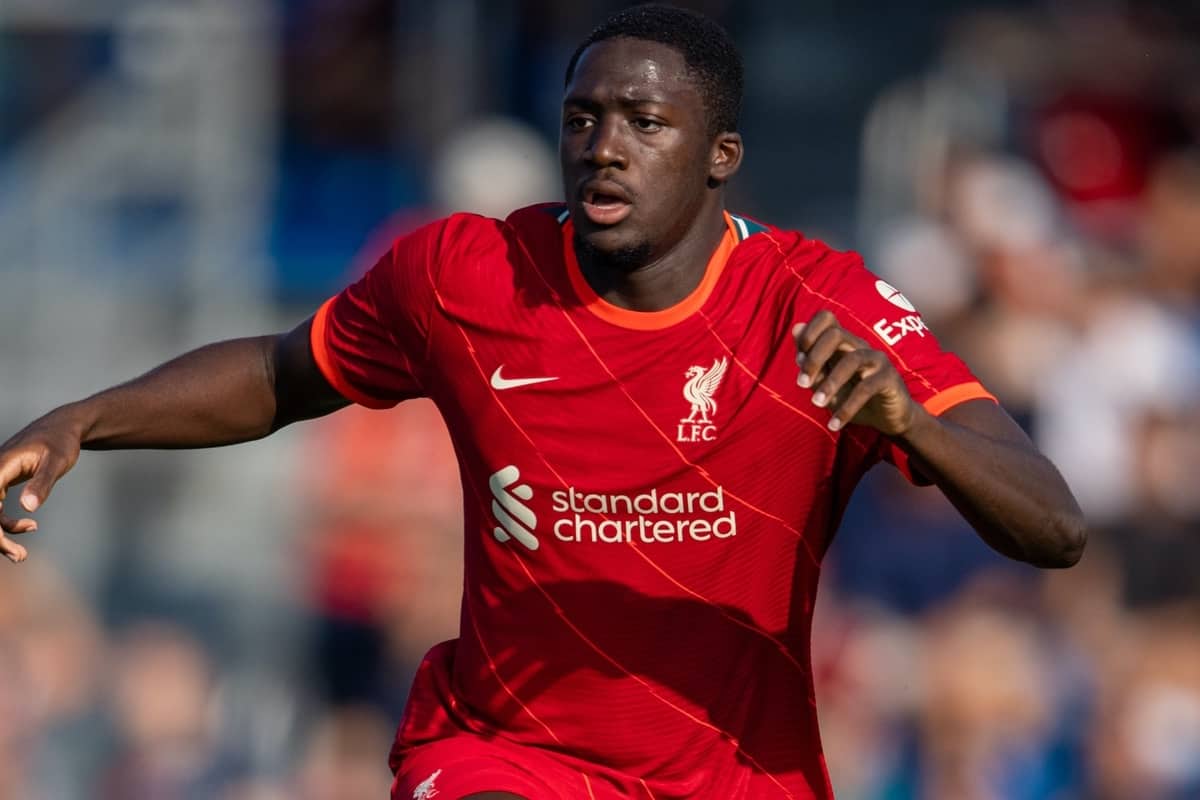 Ibrahima Konate reflected on the “unforgettable moment” of making his first outing for Liverpool in their draw with Stuttgart and looked ahead to playing in front of fans.

The Reds were held to two 1-1 draws in Austria as they took on Wacker Innsbruck and Stuttgart in a pair of 30-minute friendlies.

Konate started alongside Rhys Williams in the second game against Stuttgart, and was disappointed to see Philipp Forster open the scoring for the Bundesliga side in the sixth minute.

But with 30 minutes in the tank, the Frenchman was able to look back on an “unforgettable moment” as he spoke to LFCTV after the game.

“I was very happy with this team on the pitch, [there was] good communication with everybody and step by step we will be better.

“It’s the first game of pre-season and we’re ready for the next one.”

Liverpool now look ahead to their next friendly against Mainz, which will be played in front of supporters at the Greisbergers Betten-Arena in Grodig, with a 3,500 capacity set for the Friday kickoff.

Konate is relishing the prospect of playing in the atmosphere and for Liverpool fans, and believes it can give the Reds “a new level” on the pitch.

“This is the best [thing], it’s [been] a very long time with Covid, it was very bad for everybody in the world, and for football players it’s very sad when you don’t play with fans,” he added.

“Now I think it will be a new level with the fans, I think the fans were sad not to be here with us and it will be very, very important for us.”