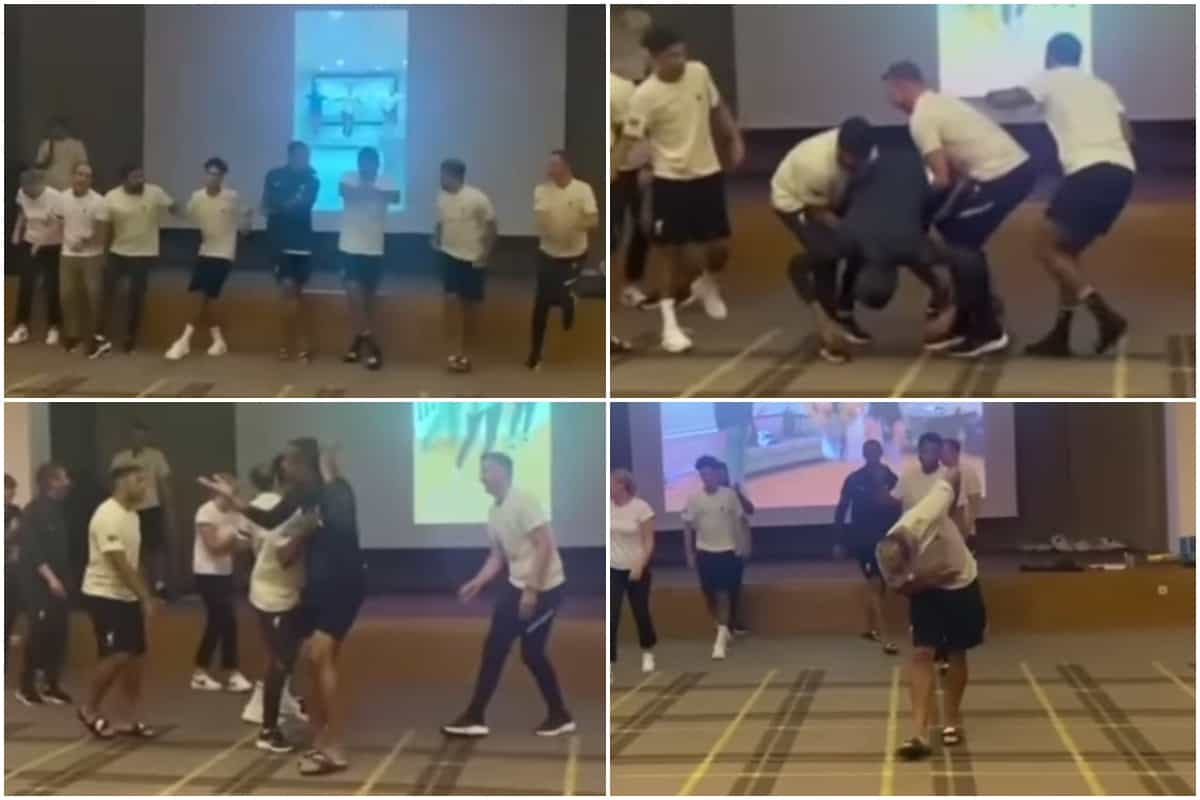 Mohamed Salah has provided a behind-the-scenes glimpse of Liverpool’s pre-season training camp, with Joe Gomez and Joel Matip among the players taking a forfeit.

The first weeks of pre-season, as Jurgen Klopp and his squad will attest, are among the most difficult over the course of a campaign.

After a summer break, players are put through a series of rigorous tests and drills to rebuild their fitness for the season ahead, with downtime mostly spent resting.

But Liverpool’s time in Austria is also a crucial team-building exercise, with players encouraged to socialise when not training, as Klopp sees it as a vital period in terms of morale.

In the evenings, it appears that the players are responsible for the entertainment, as Salah revealed in his Instagram story on Saturday.

“That [is what] happens when you lose,” Salah wrote, above a video of Gomez, Matip, Alex Oxlade-Chamberlain and youngster Kaide Gordon performing a dance routine in front of the rest of the squad.

It would seem, then, that the quartet were on the losing side in Liverpool’s evening quiz.

They were joined by a number of coaches including assistant manager Pepijn Lijnders and elite development coach Vitor Matos, with Matip – surprise, surprise – the star of the show.

Previous years have seen the squad take part in karaoke sessions around the barbecue, with new players required to perform an initiation song to their team-mates.

So maybe we’ll be seeing Ibrahima Konate show off his vocal cords in the Salzburg Alps next!