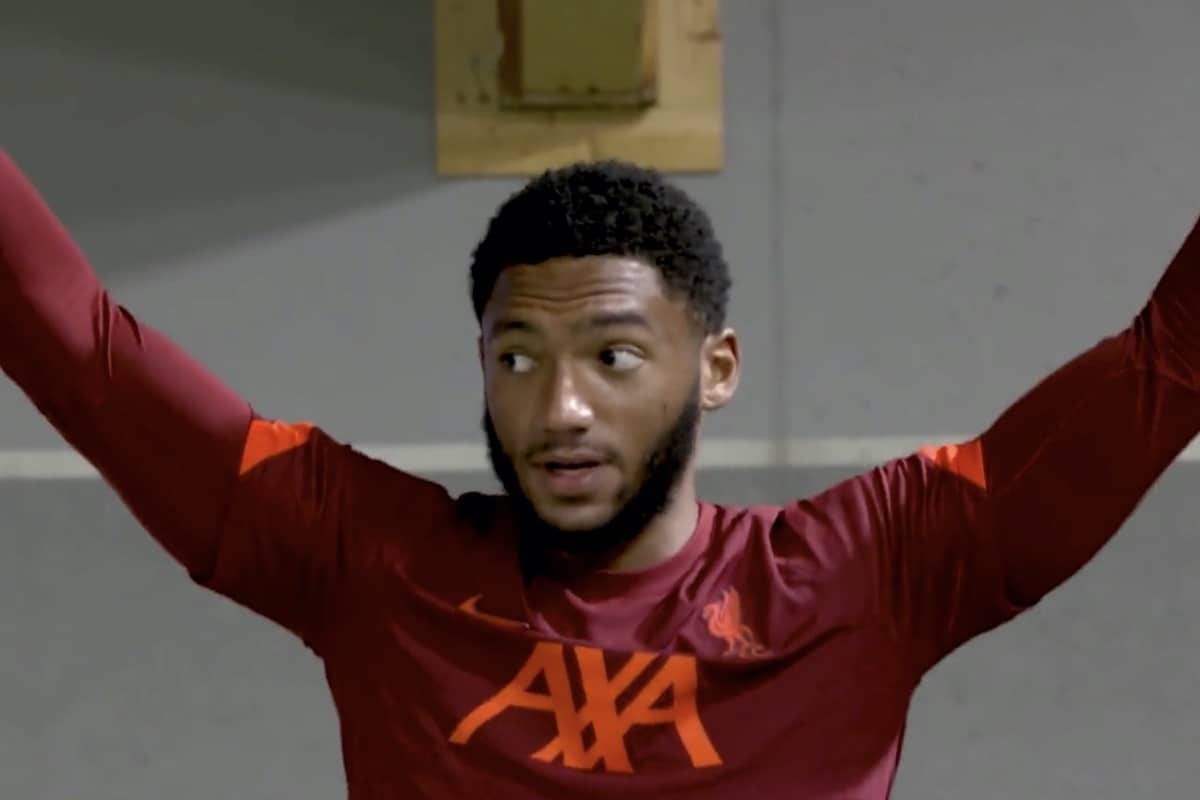 Jurgen Klopp has addressed claims Joe Gomez had suffered a setback in his recovery from a long-term injury, insisting “the world wide web had obviously too much time.”

It was purported that the centre-back – who has missed the last eight months of action due to the knee injury suffered on England duty – “sat out of Friday’s outdoor session” as a “precaution.”

The headline was designed to drive traffic and, unsurprisingly, sparked concerns among supporters over the long-term fitness of Liverpool’s No. 12.

But speaking to the club’s official website on Sunday, Klopp suggested the ‘exclusive’ was false and came from those with “too much time” on their hands.

“[There have been] no setbacks at all. Not for Joe, nothing – he’s trained completely normal,” the manager said.

“That’s the thing, these boys are not injured anymore, they are just not at 100 percent yet.

“There are usually setbacks but so far there were no setbacks with Joe and Virgil and nobody [else] – they are all fine.

“What they had to do they did, no reaction with the knee, nothing, all fine. The world wide web had obviously too much time.” 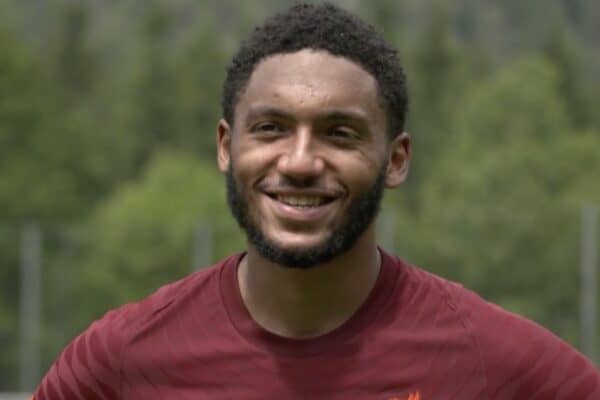 Now, it is not uncommon for Klopp to skirt around issues when it comes to injury, but the manager’s words are emphatic in insisting there are no problems for Gomez.

But neither Gomez and Virgil van Dijk are likely to feature in next week’s pre-season friendlies – and particularly against either Wacker Innsbruck or Stuttgart on Tuesday – as their recovery is carefully managed.

The pair are yet to take part in full training sessions, unlike Joel Matip, and will be gradually reintegrated as part of their return-to-play timeline.

Gomez was seemingly not part of Liverpool’s outdoor work on Friday, but that was clearly scheduled into his programme for pre-season, and not the setback it was claimed to be.