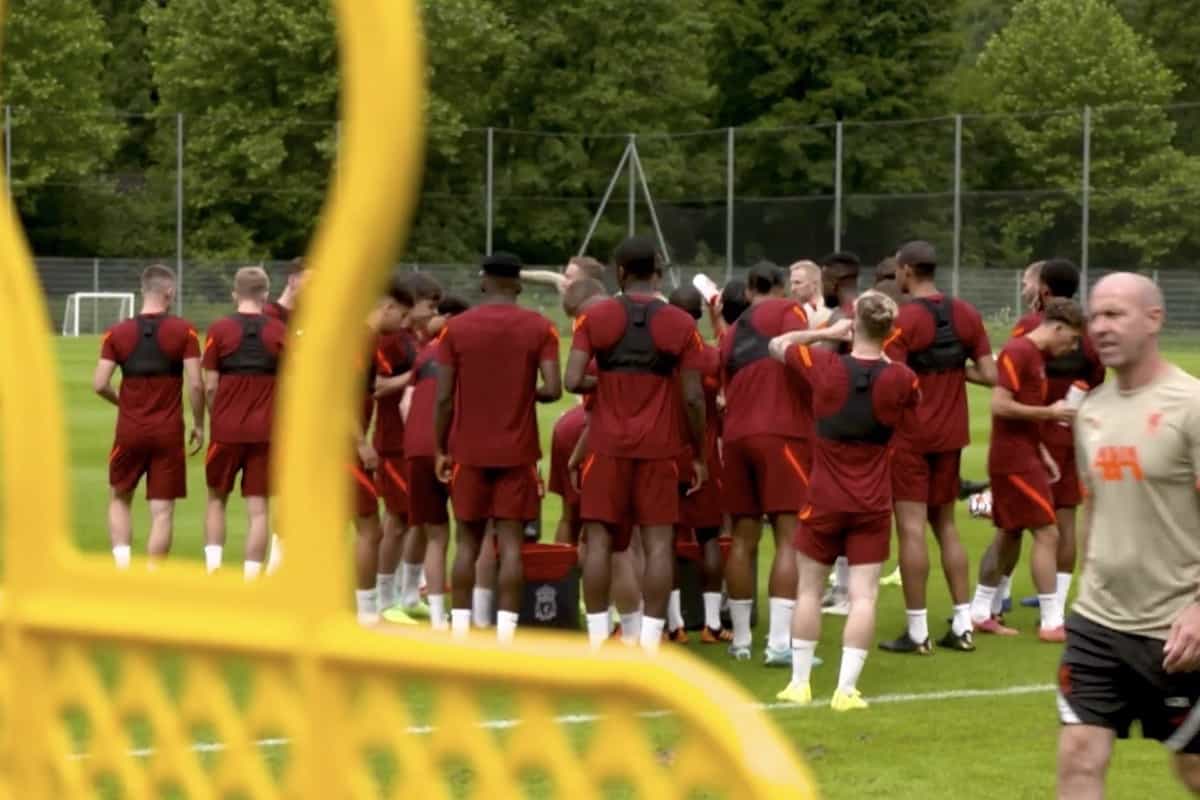 Liverpool were expected to gradually increase their pre-season minutes with an hour-long clash with Mainz later this week, but that now appears to not be the case.

The Reds take on Austrian side FC Wacker Innsbruck and German Bundesliga outfit Stuttgart in two 30-minute friendlies on Tuesday evening, with Jurgen Klopp expecting a “chaotic” start to pre-season.

“But this is the start for us playing-wise and I’m really pleased we find two opponents who say, ‘yeah, the 30-minute idea is a really good idea’.”

Klopp’s plan is for his players to “go just for 30 minutes with really all we have,” with the majority of the squad having had “a long break, the longest for a long, long time.”

Liverpool had advertised their follow-up friendly against Mainz on Friday as a 60-minute game, but this has now changed as the Reds are instead set to play a full 90 minutes.

Whether that is due to a change of heart from Klopp’s former club, whose competitive campaign begins just over two weeks later with a DFB-Pokal clash with SV Elversberg, is unclear.

More likely is that Klopp and his backroom staff opted against a more gradual buildup of minutes, with two different XIs in line to play a half each against Mainz.

The final friendly of Liverpool’s training camp in Austria will also be 90 minutes, with Hertha Berlin the opposition before the Reds head back to Merseyside.

Monday saw the club confirm back-to-back friendlies against Spanish sides Athletic Club and Osasuna at Anfield on August 8 and 9, with the latter a tribute game for the late Michael Robinson.