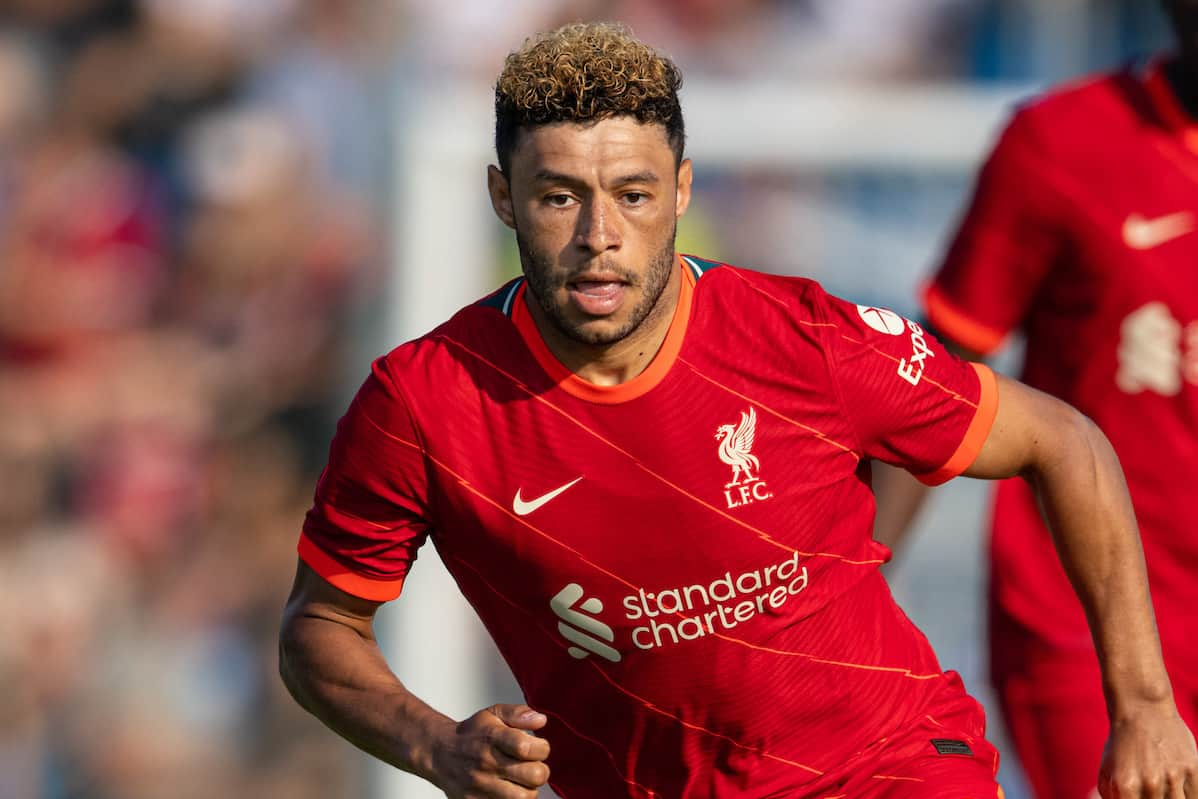 Jurgen Klopp insists Alex Oxlade-Chamberlain is “definitely” an option for Liverpool up front, having also given Harvey Elliott a new role as pre-season kicked off.

The Reds drew both of their opening friendlies 1-1, but it was their second clash of the evening against Stuttgart that was the most interesting.

With Klopp naming a different XI for both clashes, a more exciting, experienced side took to the field against their Bundesliga opposition, with Oxlade-Chamberlain and Elliott taking up changed positions.

Oxlade-Chamberlain reprised his role up front, having deputised as a No. 9 on a number of occasions towards the end of the season, while Elliott performed as an advanced creative midfielder.

They both showed bright moments under the Alps, though it was an interchange involving James Milner and Kostas Tsimikas that provided the equaliser for Sadio Mane.

It could be that Klopp considers both Oxlade-Chamberlain and Elliott in their altered positions moving forward, with the manager suggesting as much in his post-match interview with LFCTV.

“I don’t think Harvey ever played that position for us, to be honest. It looked good as well,” the manager said.

“Ox we could see it in the first few minutes, immediately, that’s an option. Definitely.

“We will see how that goes on.”

With Oxlade-Chamberlain struggling to hold down a regular midfield berth and Roberto Firmino needing competition up front, training as a striker could benefit both player and club.

Perhaps more intriguing, though, is how Elliott slotted in as a midfielder, with his relative lack of pace leading to assumptions that he would be better suited as a No. 8 for Liverpool than his natural role out wide.

Few conclusions can be drawn from two 30-minute friendlies at the start of pre-season, of course, so it will be interesting to see how the Reds line up in their upcoming games too.

As both looked comfortable in their new positions, it would be no surprise to see Oxlade-Chamberlain and Elliott keep their places in the setup when Liverpool take on Mainz on Friday.