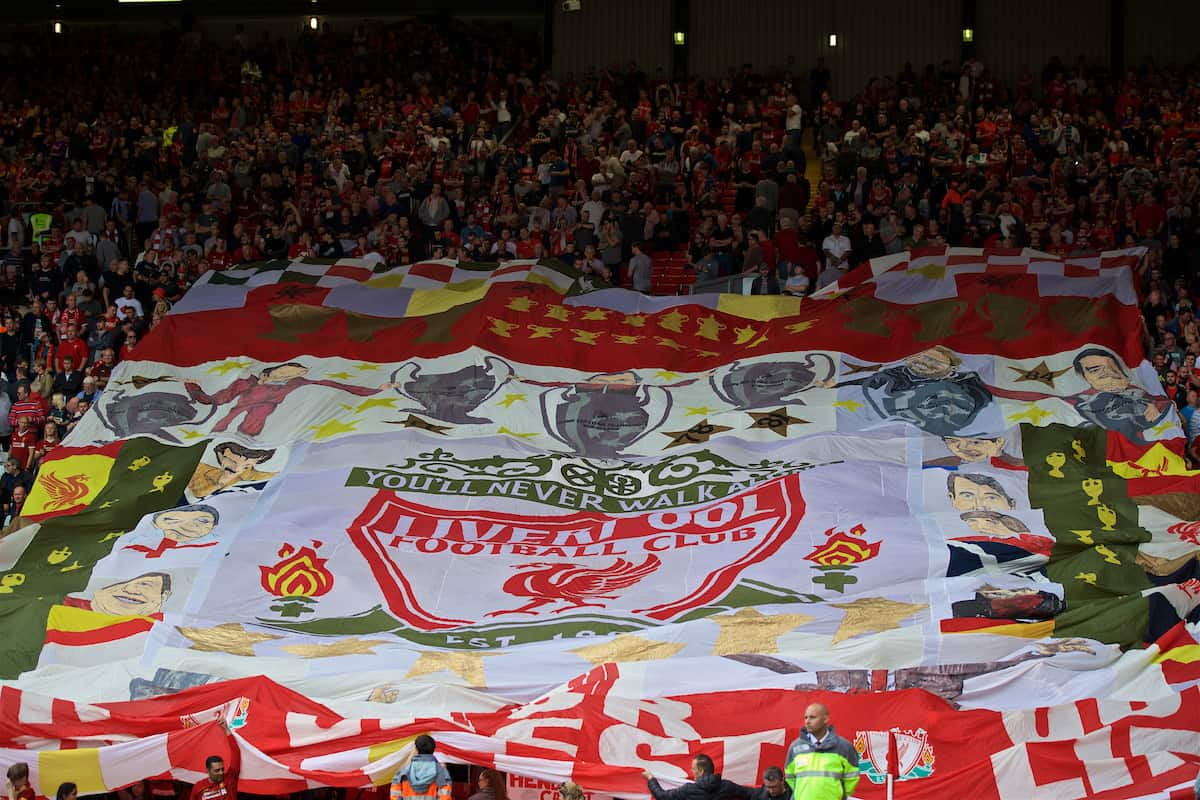 Despite Rafa Benitez crossing the divide to take over at Everton, the Champions League-winning Liverpool manager will still be honoured with his flag on the Kop.

Benitez has become only the second man in history to manage both Liverpool and Everton, and the first in 129 years, having taken the job at Goodison Park last month.

The Spaniard does so over a decade after leaving the Reds, having spent six years as manager at Anfield which saw him win the Champions League in legendary fashion in 2005.

It is a controversial move for Benitez, who has drawn criticism from supporters of both clubs, but as he begins work as Blues boss the situation seems to have settled somewhat.

For many at Liverpool, Benitez’s switch to Everton is understandable due to his affinity with the Merseyside area itself, and his achievements at Anfield will not be tarnished by his new job.

That extends to his place at the stadium itself, with Benitez’s face emblazoned on a number of flags and banners displayed on the Kop on matchday.

According to supporter Ray Hughes, that is not set to change, as he confirmed that the large ‘Champions Wall’ style banner – which features Benitez along with Bill Shankly, Bob Paisley, Joe Fagan, Gerard Houllier, Jurgen Klopp and others – will remain.

“I had a beer on Saturday with Frank who owns the large Anfield flag. He confirmed that images of Rafa Benitez WILL NOT be removed,” Hughes wrote on Twitter.

“Rafa’s achievements with LFC are so immense, it would be an injustice to him if he didn’t feature on the flag which charters LFC’s trophy history.”

There are a number of other banners that include Benitez’s name or likeness, and as it stands it can be assumed that they too will still be seen on matchday at Anfield.

It is a difficult situation for both clubs and the supporters themselves, with it almost unprecedented that a manager takes charge of Everton after a long spell with Liverpool.

But Benitez’s circumstances are clear, with the 61-year-old eager to remain in the area where his family reside after time away in China with Dalian Professional, and with no suitable job open for him at Anfield.

Liverpool host Everton in the Merseyside derby on April 23, after visiting Goodison Park on November 30, and while it will not be his first time as opposition manager, it will undoubtedly be a surreal experience for Benitez.