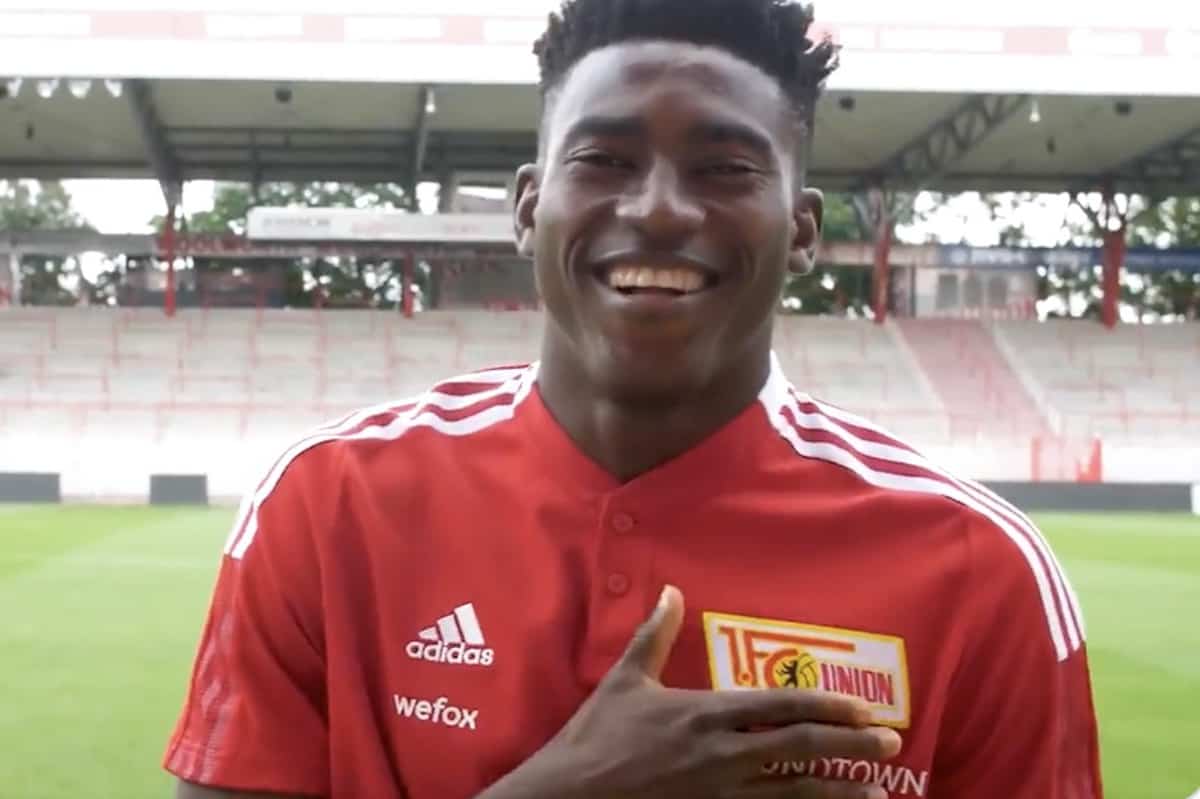 Taiwo Awoniyi admitted he “wants to finally come and have a home” at Union Berlin, after spending the past six years at Liverpool moving from country to country on loan.

Awoniyi finally left the Reds on a permanent transfer on Tuesday, signing for Union Berlin in a £6.5 million deal following a successful campaign on loan with the Bundesliga club.

The Nigerian striker had been training with Liverpool at their pre-season training camp in Austria, but was deemed surplus to requirements despite recently qualifying for a UK work permit.

On a fundamental level, it is pleasing to see Awoniyi settle at a new club after a six-year spell with the Reds that saw him fail to make a single appearance and take in seven loan moves across various leagues.

Union beat the likes of West Brom, Stoke, Fulham, Anderlecht, Stuttgart and Wolfsburg to his signature, and speaking on his arrival in Berlin, the young goalscorer spoke of his relief upon completing a permanent switch.

“After lots of loan moves in previous years, I want to finally come and have a home,” he told Union’s official website.

“I owe so much to Union, so it makes me happy and proud to be back here. It’s fantastic to continue on the great path with the club.

“I will give everything to quickly pick up where I was before my injury.”

Awoniyi was making headway under manager Urs Fischer, scoring five goals and teeing up another three in 15 consecutive starts between November and February, before a thigh injury curtailed his progress.

There is a clear belief in the Bundesliga club that he could eventually establish himself as a leading striker, with managing director Oliver Ruhnert pointing to his “robustness, dedication and unconditional willingness to learn and develop” as “deciding factors” behind the deal.

He may have never been able to prove it at Liverpool, having not even been afforded an opportunity in any pre-season friendlies over the years due to a variety of issues, but Awoniyi can now do so in Germany.

His overriding ambition may be a return to the Premier League in the future, but after a turbulent six years, for now Awoniyi will be delighted with finding a permanent home for his young family.