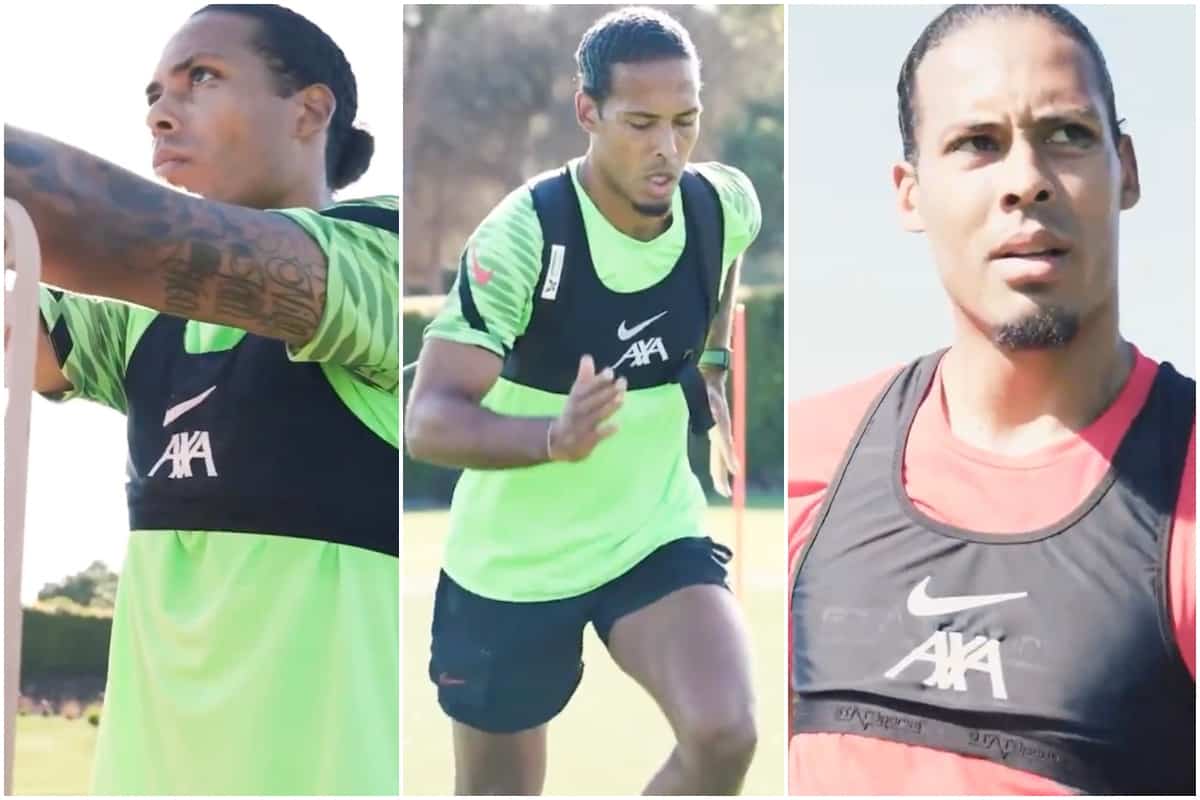 Virgil van Dijk has declared himself “pre-season ready,” with another update from his off-season training camp in the Algarve hinting that the centre-back is now fully fit.

The great news is that Van Dijk will be among the first group of Liverpool players back for day one of pre-season.

Having been sidelined since October, with an injury that had major ramifications of the Reds’ title defence and the campaign as a whole, the Dutchman has been working on his recovery ever since.

A bid to return in time for Euro 2020 fell too short, with Van Dijk ruling himself out of the tournament in favour of getting back to full fitness in time for pre-season.

He has been in Portugal in recent weeks, working with Liverpool’s head of fitness and conditioning Andreas Kornmayer along with Joe Gomez and young goalkeeper Marcelo Pitaluga.

Having now made his way back to the UK, with a 10-day quarantine required on his arrival, Van Dijk shared an update from his time abroad.

“To think about next season, with fans, myself playing again, hopefully getting success with club and country, it’s something to be excited about,” the 29-year-old said.

Van Dijk can be seen performing a variety of exercises both with and without the ball, including dynamic running, jumping and striking the ball with both feet, with no signs of damage to his injured knee.

Liverpool are due back for pre-season on July 12, with just over a week to go until Jurgen Klopp will welcome his initial group to Kirkby. 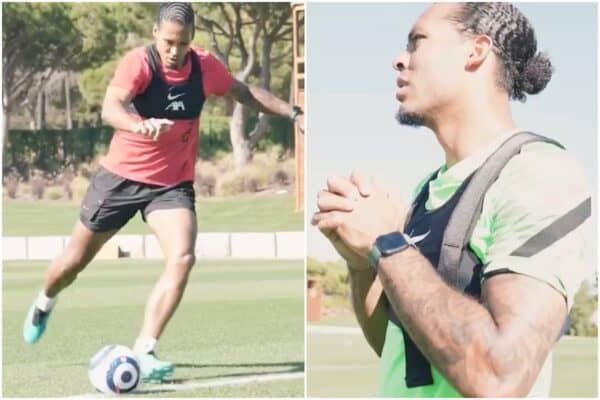 That will include Van Dijk, with hopes that Gomez, Joel Matip and Trent Alexander-Arnold will also be able to join following injuries of their own.

The club are yet to announce their schedule of warmup friendlies, but are expected to kick off their summer with a trip to Tranmere, which could see Van Dijk make his first appearance in nine months.