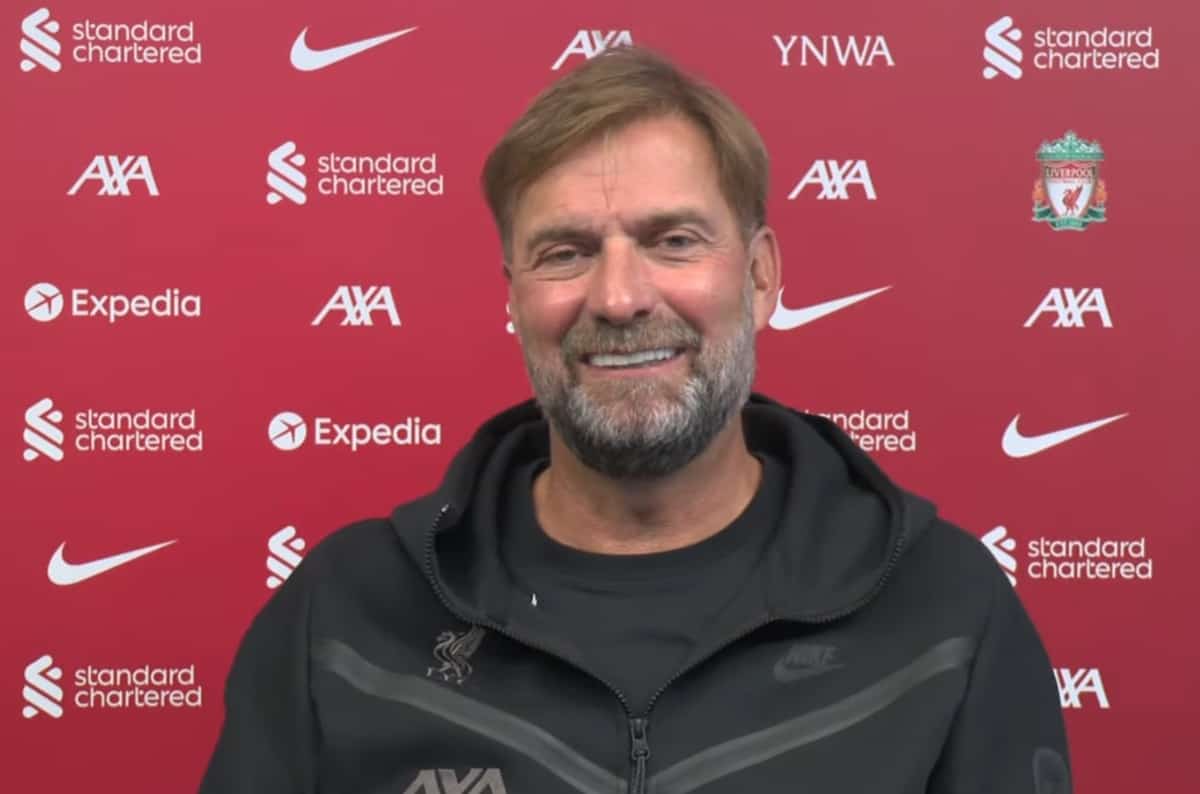 Jurgen Klopp held his first Premier League press conference of the season on Friday, ahead of Saturday’s match against Norwich City.

Here are six key things the boss told the media and supporters in his press conference:

In perhaps the biggest hint that Virgil van Dijk is ready to start at Carrow Road, Klopp said that the Dutchman could have played 90 minutes in the friendly vs. Athletic Club.

On Virgil’s new contract, which was announced on Friday morning, Klopp said: “Absolutely great news, imagine if we had to buy this boy now, thank god we only have to give him a new contract!”

2. “We cannot spend money we don’t have”

Perhaps the biggest headline from the press conference arrived in the final moments, when Klopp went into a long explanation on the club’s finances, having earlier addressed questions over how Man City, Man United and Chelsea, plus PSG, can spend what they have this summer despite the financial impact of the pandemic.

“These clubs don’t depend on these kinds of things,” said Klopp.

“We all know the situation of Chelsea, City, PSG for example. I don’t know exactly how United do it.

“We have our way we do it. We are [only] allowed to spend the money we earn. That’s what we always did.”

Then later, when specifically addressing concerns over not signing a replacement for Gini Wijnaldum, Klopp ended by saying: “We cannot spend money we don’t have.”

3. ‘Real fans’ should be happy with recent contract news

Van Dijk’s new deal is the latest after Alisson, Fabinho and Trent Alexander-Arnold this summer, with Klopp saying that such news is the real one to focus on this summer:

“If you are a real Liverpool fan then you have to be happy with the news the club has delivered in the past few weeks with the new contracts. Alisson, Trent, Fab, Virgil, great news.”

4. This year should be better than last year

Klopp highlighted the proper pre-season, a big squad together, and key players of course being back fully fit.

“We have a really good squad together, we should be in a better situation than last year,” he explained.

He also spoke of the importance of Naby Keita having a full, proper pre-season.

5.Elliott won’t be loaned out

Harvey Elliott has certainly caught the eye in pre-season, especially due to playing predominantly in a new midfield role, and Klopp certainly sees him as a first-team option this season.

The 18-year-old was name-checked several times when the boss was mentioning midfield options and he confirmed that Elliott will not be going out on loan.

6. Hendo and Thiago in pre-season mode

Don’t expect Jordan Henderson or Thiago starting just yet, the duo are only back for one week and the boss explained how they are in pre-season mode.

“We don’t prepare them for one game, we prepare for the full season,” he proferred.

A potential inclusion then against Chelsea in the third match of the season, but not vs. Norwich or Burnley before that.