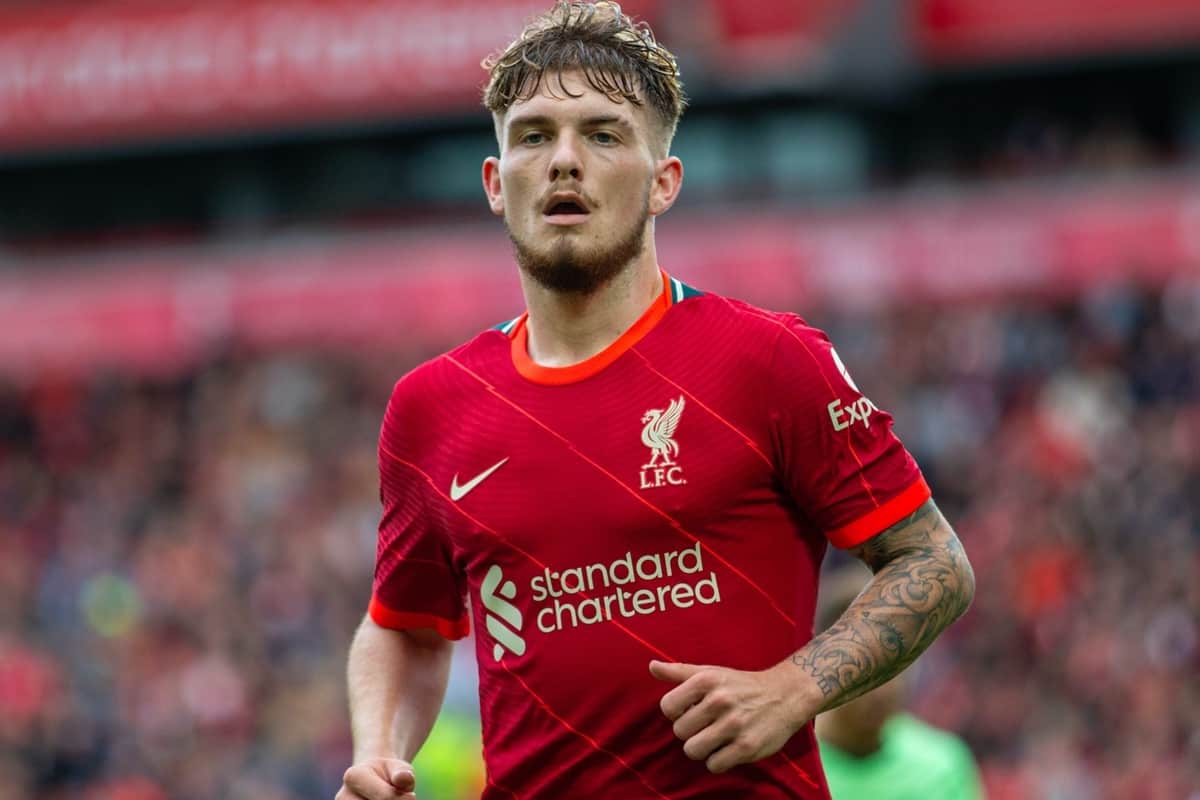 Jurgen Klopp has made two changes to his XI on a day where Liverpool will run out to a full Anfield for the first time in more than 17 months.

The Reds host Burnley this afternoon in search of their second win of the new campaign, this time with Premier League points on the line in front of a full Anfield for the first time since March 7, 2020.

Normal service resumes with a capacity crowd and all four corners of Anfield will be pushing Liverpool to victory against Sean Dyche’s side, who enjoyed behind closed door games against Klopp’s men.

But Alisson will be looking to keep them off the scoresheet at Anfield for the first time since 2015.

And a defensive line of Trent Alexander-Arnold, Joel Matip, Virgil van Dijk and Kostas Tsimikas will be eager to assist in that matter.

Ahead of them are Naby Keita, Jordan Henderson and Harvey Elliott, with the teenager making his full Premier League debut.

Mohamed Salah, Sadio Mane and Diogo Jota then round off the team at the front, with the Egyptian chasing his 100th Premier League goal – he needs two to reach the milestone.

On the extended bench, Klopp can turn to the likes of Thiago, Roberto Firmino and even Andy Robertson following his speedy recovery. 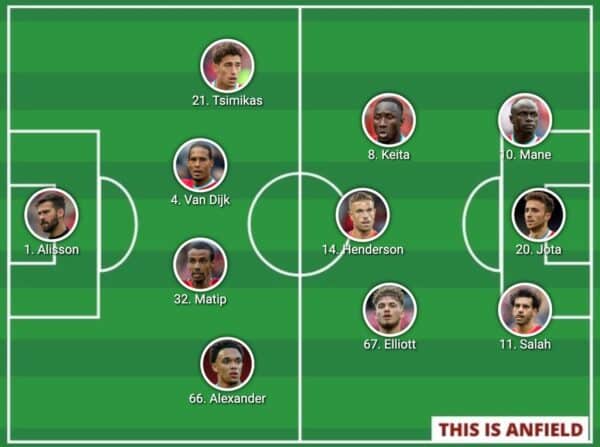